Faulkner appeared and offered and unexpected endorsement at a Manhattan fundraiser for Liam McCabe, former aide to Congressman Daniel Donovan and one of three Republicans running to represent Brooklyn’s 43rd Council District. The seat covers the neighborhoods of Bay Ridge, Bensonhurst, Bath Beach and Dyker Heights—one of the city’s more conservative precincts, but one that has nonetheless re-elected now-term-limited Democratic Councilman Vincent Gentile for the past 14 years.

Faulkner’s most recent filing with the city’s campaign finance board showed his account more than $50,000 in the red, and with most of the $217,641 raised coming from loans he has made himself. This puts him at a considerable disadvantage to real estate executive Paul Massey, who has amassed more cash than even de Blasio.

A sizable portion of the seat McCabe aspires to represent sits in the district of another of Faulkner’s rivals for the Republican line: Assemblywoman Nicole Malliotakis.

McCabe faces competition in his own primary from John Quaglione, an aide to State Senator Martin Golden, and Robert Capano, an aide to grocery store magnate John Catsimatidis—a billionaire who declared on Monday he would not seek the mayoralty himself.

Gentile, meanwhile, has launched his own longshot bid to become Brooklyn district attorney. 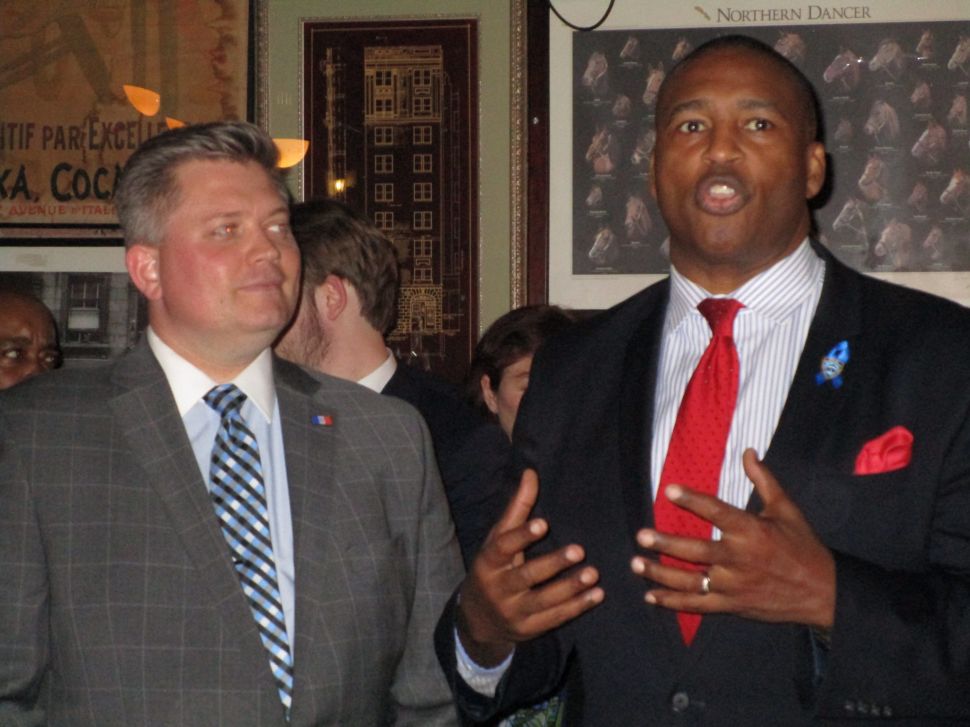