In my last column, I broke the news that Admiral Mike Rogers, the director of the National Security Agency, reportedly explained to his workforce last week that he had declined to assist President Donald Trump in his efforts to undermine the FBI and its counterintelligence investigation of the White House. As Rogers is said to have explained to agency personnel, “There is no question that we have evidence of election involvement and questionable contacts with the Russians.”

On this basis, Admiral Rogers confirmed the existence of highly classified signals intelligence which establishes some sort of collusion between Team Trump and the Kremlin during the 2016 election campaign. However, now that the Justice Department has appointed Robert Mueller special counsel charged with running the Russia investigation, NSA is apparently pulling out all the stops to track down any additional evidence which might be relevant to the expanded inquiry into KremlinGate.

Specifically, last week NSA is believed to have sent out an unprecedented order to the Directorate of Operations, the agency’s largest unit. The DO, as insiders term it, manages all of NSA’s SIGINT assets worldwide, making it the most important spy operation on earth. The email sent to every person assigned to the DO came from the Office of General Counsel, the NSA’s in-house lawyers, and it was something seldom seen at the agency—a preservation order.

Such an order would have charged every DO official, from junior analysts to senior managers, with finding any references to individuals involved in KremlinGate, especially high-ranking Americans—and preserving those records for Federal investigators. This would include intercepted phone calls and any transcripts of them, emails, online chats, faxes—anything the agency might have picked up last year.

At the request of NSA officials, I will not name the specific individuals that DO personnel have been told to be on the lookout for in SIGINT intercepts, but one could fairly surmise that the list includes virtually all key members of Team Trump.

There are several possible ways such individuals can come up in raw SIGINT. First, they might be the people talking or chatting: in other words, first-person intercept. If NSA has a relevant top-secret warrant issued by the Foreign Intelligence Surveillance Court, such intelligence collection is perfectly legal—as well as highly classified.

Second, someone might recount a conversation with one of the individuals the DO is interested in. This seems to be the scenario behind the recent sensational story about how Jared Kushner—the president’s son-in-law, all-purpose adviser, and former publisher of Observer—is said to have asked Sergei Kislyak, Russia’s ambassador in Washington, to use his embassy’s secure communications to talk to Moscow. NSA reportedly intercepted a conversation between Kislyak and the Kremlin in which the ambassador relayed Kushner’s request to his bosses back home.

Third is a kind of intercept which NSA terms “reflections,” meaning that none of the individuals on the DO’s list are involved, but one or more of them are being discussed by third parties. For instance, this could be a conversation between foreign officials about Team Trump and its mounting Russia problems. If the people discussing it are VIPs, their opinions may have intelligence value for policymakers in Washington—even if their conversation may shed no new investigative light on KremlinGate.

An example: if NSA intercepts a conversation in which senior diplomats from Middle Eastern countries are chatting about Trump’s relationship with Moscow, that could be an important reflection of how their countries’ leaderships view the situation in Washington. If one of those Middle Eastern countries is a close ally (or avowed enemy) of the United States, their views of KremlinGate would be of interest to high-ranking American officials, even if the conversation is based on no more than press reports and office gossip.

The DO is divided into offices which focus on a specific country or region (e.g. China, the Middle East) or on a defined problem set (e.g. counterterrorism, counterintelligence). Months ago, the DO’s Russia shop is said to have received a preservation order from the agency’s lawyers—no surprise, given what that office does. Now such an order has reportedly been passed to the whole DO, including offices which have nothing to do with Russia. This demonstrates the agency’s serious intent to provide investigators with any evidence which may shed additional light on KremlinGate.

That said, NSA may have another motive in issuing this DO-wide order. Such motive is the Intelligence Community’s venerable tradition of self-preservation, what spy-veterans term CYA. As Trump’s Russia problems have heated up, his fans and media allies have made increasingly serious accusations of malfeasance by NSA and other spy agencies under President Obama. Some of these wild charges have been ludicrous, merely lies created by Kremlin disinformation outlets, then parroted by right-wing media in America.

That media has lavished particular attention on the issue of SIGINT unmasking, meaning the process of how NSA responds to high-level requests to reveal the name of any American who appears in an intelligence report (normally those names are redacted; for an explanation of how this complex issue really works, see this). Although there’s no evidence of any systematic abuse of unmasking by President Obama, this hasn’t halted the increasingly shrill accusations.

The Kremlin has tried to smear NSA for years, and that clandestine campaign got a big boost with the defection of Edward Snowden to Moscow almost four years ago. As I’ve explained, discrediting NSA and its global intelligence partnerships played a key role in Russia’s interference in our election last year. In order to counter pervasive lies about the agency and its mission, the reported preservation order includes collecting all customer requests for unmaskings, plus records of which agency analysts accessed the information and when, exactly: in other words, complete data trails of all incidents of SIGINT unmasking in 2016.

An undertaking of this size and scope has never happened in NSA’s 65-year history. Although preservation orders have been issued previously, never has the entire DO been told to search all its databases for SIGINT on named individuals, then preserve anything that’s discovered. KremlinGate is a unique event in our nation’s history, with accusations of nefarious meddling by hostile intelligence agencies in our democracy, and it’s bringing about unprecedented developments in our spy agencies too.

Given the complex nature of SIGINT—such a DO preservation order will require thousands of analysts to reexamine at least hundreds of thousands of intercepted communications—it seems likely that some relevant information will be uncovered. Although the public may not learn of new evidence anytime soon, we can rest assured that anything pertinent to the KremlinGate inquiry will be shared with the FBI and Bob Mueller’s investigators without delay. 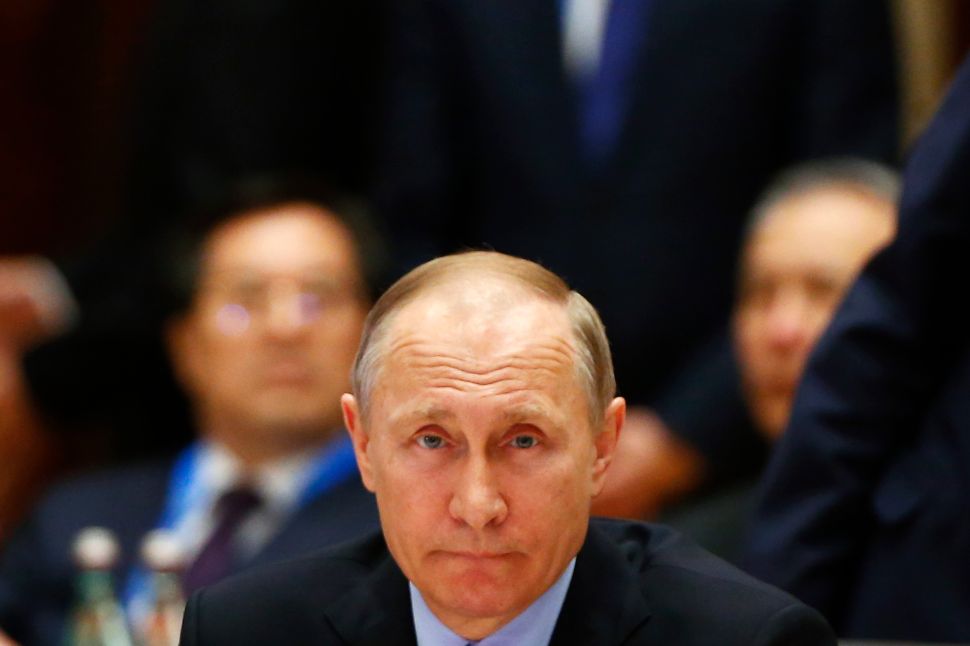