Some of the most prevalent criticisms toward Facebook have revolved around the inherent censorship of its algorithms and lack of security protections for users. Since the 2016 presidential election, Facebook has announced endeavors to “fact-check” news stories and flag “disputed content” to combat fake news stories, provoking fears of Facebook holding authoritarian power over what news constitutes news as “real” or “fake.” Facebook’s monopolistic power over content distribution is alarming, and users are left to the volition of Facebook’s leadership. In November 2016, The New York Times reported that Facebook created a tool for China to censor news stories, possibly a condition for being allowed into the market in the country.

YouTube has incited similar criticisms due to its decision to pander to pressures from advertisers to demonetize users based on the pretenses of fighting hate speech. The move sparked a backlash from YouTube celebrities and alternative media hosts who saw it as an attack on the popularity of independent and alternative media compared to corporate media sources.

In reaction to the authoritarian power yielded by social media giants like Facebook, Google and YouTube, Minds has emerged as a viable alternative as a social media platform that grants users democratic control over how its managed. “Minds is engineered for freedom of speech, transparency and privacy. Users may choose to be anonymous, if they wish, and free speech is limited only by U.S. law,” said Co-Founder and CEO Bill Ottman. “The software is free, open sourced and encrypted end-to-end for maximum transparency and privacy, peer-reviewed at Minds.org.”

Ottman, a University of Vermont graduate who also serves as an adviser to Code to Inspire (a nonprofit that teaches women in Afghanistan how to code), recently opened Minds to crowdsourcing investors. With over $500,000 invested, Minds broke the equity crowdfunding world daily record. Ottman’s goal is to run Minds as a community owned and operated social media platform that rewards its users. “Minds channels organically reach 100 percent of their subscribers,” he said. “The Minds Boost feature expands reach even further through a system that rewards users for site activity with Minds points, a digital currency that may be exchanged for views on the Minds network at a rate of one point per view.”

Besides points, Minds offers users incentives by monetizing their work on the social media platform. “Minds believes that users should be rewarded for their efforts online and pays users points that may be redeemed for views on the network,” Ottman said. “Minds also pays bloggers for revenue earned by placing banner ads on their content, and any channel may create exclusive content viewable only via paid monthly subscription. Finally, Minds Wire enables peer to peer payments between channels in Minds points, USD or Bitcoin as a reward/tip for posting awesome content.”

Ottman hopes to offer people a more democratic social media platform, in much the same way Wikipedia was created as an open sourced, community driven platform that proved to be a much better model than its competitors. As Facebook and other social media networks shift toward censorship to appease corporate advertisers and governments, Minds may offer a viable solution. “They are approaching these problems completely backwards, and it’s creating unnecessary censorship,” added Ottman. “Users should determine themselves whether their news is fake or not—not a Facebook algorithm. Likewise, users should determine themselves how/if they want to be targeted with ads.” 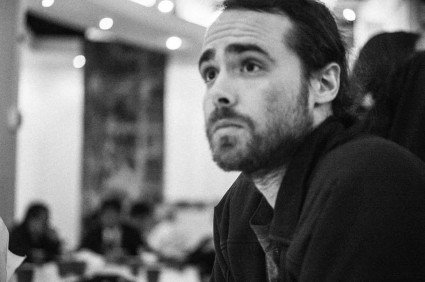