Last week I wrote an article that listed America’s three worst mayors: New York City’s Bill de Blasio, Minneapolis’ Betsy Hodges and Chicago’s Rahm Emanuel. Each medalist had their own unique set of skills and experiences that landed them on the podium of champions. Hodges, the silver medalist, had the most interesting way of dealing with her newfound fame and misfortune.

De Blasio and Emanuel largely avoided commenting on their rankings, knowing that an unfavorable story usually doesn’t linger for more than one 24-hour news cycle. Hodges, on the other hand, decided to wear her silver medal as a source of pride and, in doing so, showed why this self-ascribed progressive has been such a disappointment despite her city’s penchant for progressive politics.

In response to my story, Hodges issued a press release reasoning that her ranking as the second worst mayor in America was orchestrated by none other than President Donald Trump himself in response to a talk she had given only 12 hours earlier to a small crowd at a local synagogue. Her risible claim was that she was being targeted by Trump and that I was his messenger. She supposed that I, a former senior media adviser to Mike Bloomberg—the same Mike Bloomberg who questioned Trump’s sanity at the Democratic National Convention last year—was now some sort of political hitman doing Trump’s dirty work. Imagine that.

The tête-à-tête between the mayor and me quickly became a headline in Twin Cities’ print and TV media and provided ample fodder for the banter of local talk radio across the state. One thing became clear during this public back and forth: Betsy Hodges knows as much about serious journalism as she does about serious governance. To think that even a team of journalists could research, write and edit a comprehensive list of America’s worst-performing mayors in less than 12 hours is, as local NBC affiliate KARE’s Rena Sarigianopoulos said, “Absolutely absurd.”

But for the rest of America, in this story of Mayor Hodges—who is in the final months of her first term and facing an increasingly steep uphill climb in her bid for re-election this fall—is a lesson about the perils of being a practitioner of progressive politics at the local level in the era of Trump. At the heart of the issue is a struggle that’s playing out across the Democratic party and in many large American cities, as progressive ideals go head-to-head with the realization that some amount of pragmatism is needed to manage local government—even in cities that tilt left, like Minneapolis. Hodges’ story is a cautionary tale of what can go wrong when a progressive mayor opts to devote her energy and media coverage to grandstanding on the progressive ideal of the day—and squander her precious political capital on fringe issues while ignoring the nuts and bolts of running a city.

I, like a lot of people who live in a major U.S. city, am all for supporting progressive values—but not at the expense of competent municipal management. It’s important to note that there was no partisan bias in my rankings. Yes, all those included in my ranking of America’s three worst mayors all happened to be Democrats, but so are over 75 percent all big-city mayors in America. I also gave credit where credit is due; the three shining examples I cited of successful mayors in major U.S. cities were also all Democrats. If anything, this ranking shows that the truly successful progressive mayors are the ones that match their rhetoric with decisive action and measurable results.

Big-city mayors play a very different role in civic life than other high-profile elected officials such as governors, senators and congressmen. Although models of governance vary from place to place, the big-city mayor is the closest thing American democracy has to a CEO. Mayors are deciders. They are problem-solvers. They do stuff. Hodges’ model of governance should be a warning to progressive mayors across the country: Fall into the trap of spending too much time “resisting” Trump and talking about national issues and not enough time solving the problems that the majority of your constituents care about, and it will be hard—if not impossible—to get re-elected.

Hodges’ woes continue to mount. Her landmark renovation of a 12-block pedestrian mall in downtown Minneapolis continues to fall behind schedule, and the overwhelmingly black and brown Northern Wards of the city continue to lag far behind the richer and whiter Southern Wards in just about every conceivable social indicator category. It’s clear that Minneapolis voters have had enough of Hodges’ empty talk and hollow promises. They are now actively shopping for a new mayor who will be “less talk, more action.”

For example, while violent crimes have steadily risen in Minneapolis, the clearance rate for violent crimes (which measures arrests or case closures) is at a 12-year low. The national clearance rate of serious crimes is 64 percent, yet Minneapolis sits at roughly half that. A more progressive mayor who understands how to manage the city’s billion-dollar budget might have hired more detectives—the level of which hasn’t changed during Hodges’ term. Maybe a more progressive mayor with an eye on the data would have urged the adoption of police policies that stop targeting petty nonviolent crimes so that resources would be freed up to focus on preventing more serious crimes. Even the ACLU, the holy church of progressive values, cites that Minneapolis has the third highest amount in the country of arrests for possession of marijuana.

Simply put, Hodges has put managing on the back burner while she talks a big game about Minneapolis being a beacon of resistance against Washington. The people of Minneapolis deserve better. They deserve a mayor who thinks critically, puts in the long hours, and develops and executes policies that better the city. There is little appetite in the city for Hodges’ peddling of conspiracy theories of how she is squarely in the crosshairs of the Donald. Newsflash for Mayor Hodges: If Trump was irked at the comments you made in your resistance speech, he would have tweeted at you.

It was Fiorello La Guardia, New York City’s iconic mayor, who famously quipped that there is no Democratic or Republican way to pick up Gotham’s garbage. Although it has been nearly two generations since Minneapolis elected a Republican mayor—an aspect of local politics unlikely to change anytime soon—the upcoming election in Minneapolis is shaping up to be one not about grandiose partisan ideals but about who has real solutions to the everyday problems facing Minneapolitans. That’s why Betsy Hodges, the 47th mayor of Minneapolis, will surely be a one-term mayor, serving as a lesson of caution for all city leaders across America.

Arick Wierson is a former political and communications adviser to New York City Michael Bloomberg where he was responsible for managing the City’s multiple television, radio and digital platforms. Currently, Wierson is a political and branding consultant to the Government of Angola, advising the country’s efforts to attract foreign investment and promote trade. 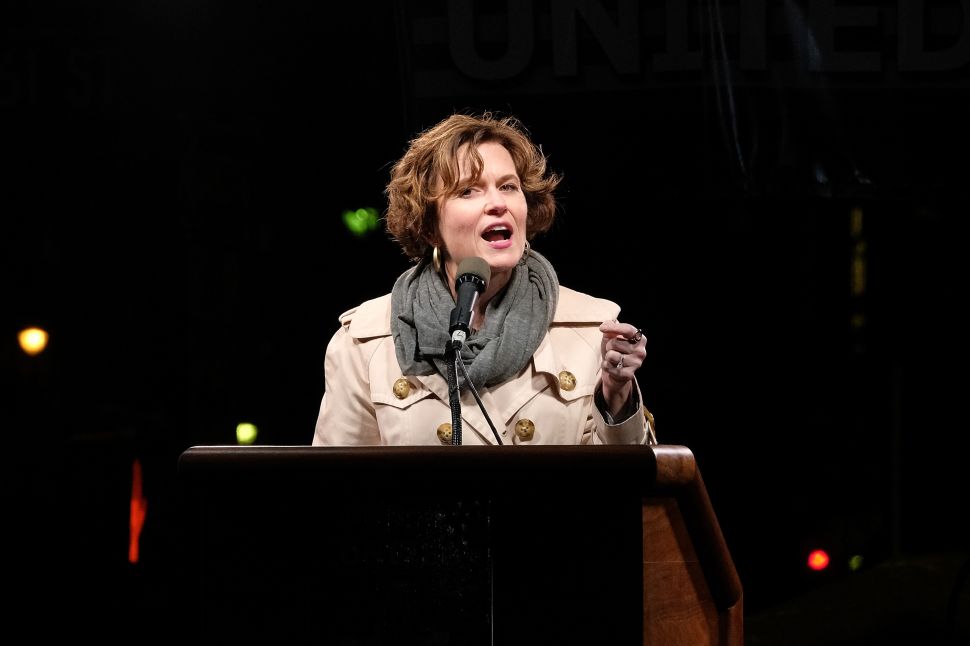