The National Basketball League is an amazing thing. Over the past twenty years, they have managed to turn basketball into a year-round sport despite the fact that there are only games being played from October to June. Yes, that’s eight out of twelve months covered, three-fourths of a year. But they’ve managed to hype up other off-season events like the draft, and free agency, and summer leagues to be must-follow events. Last night there was even a draft lottery to determine the order that the teams will get to draft in at the end of June. There isn’t a point in time during the year that people who love and follow basketball don’t have something to watch and / or talk about.

Of course, I didn’t watch the draft lottery last night because a new Challenge season was launching. It’s lead-in was the reunion episode of Challenge: Invasion of the Champions which means for this one brief day there were actually two seasons of the Challenge on at the exact same time. Much like the NBA, we are entering into the golden heyday of year-round Challenge­ / Real World related content. With the addition of Are You the One? to the franchise and the rumors that Stranded With a Million Dollars will also join the family, there is the opportunity to live-breathe-watch these shows 365 days straight. Someone has read my vision board. As newly minted Champ Ashley would say, “The Secret is real y’all.”

Ashley is a Champ now, which means Ashley gets to compete on Champs vs. Pros, the dopest new idea from the crew that brought us people competing against their exes, their enemies, their relatives, and their friends. What is the natural next step? Bring in pro athletes of course. As Johnny Bananas likes to say “we’re all great athletes in our own right.” So why not put them up against some professionals? It’s perfect because the Pros think the Champs are just some reality show idiots and the Champs know that athleticism is only one small part of the overall game. A perfect clash waiting to happen.

On the Champs side they brought back CT, the 9/10 dad-bod and winner of Invasion, Darrell aka Mr. I Stay Ready So I Don’t Have To Get Ready, Wes—the man who is kinda good at everything, Jordan, whose new mustache is already the breakout star of the season, and Johnny Bananas—the all-time winningest Champ. Plus Cara “Shit on their Rainbow” Maria, the Camilanator, Ashley K. from San Diego who won Battle of the Seasons, Ashley M. who is fresh off winning Invasion and a boob job as Johnny points out, and Veronica, who won three Challenges so long ago that she is basically a “born again rookie.”

The Pros side consists of Tia Blanco, a 19-year-old surfer, Louise Hazel a heptathlete with the Cressida from the Hunger Games movie haircut, Lindsay Jacobellis, snowboarder, Lolo Jones—hurdler and bobsledder and all-time drama starter, Gus Kentworthy, skier and superhero, Shawne Merriman from the Chargers, CM Punk, a former WWE champion and current UFC fighter-in-training, Louie “I’m just a snowboarder” Vito, Kamerion Wimbley, who is the largest human being alive and also played for the Titans, and former WNBA great, Candice Wiggins.

Both sides are playing for charity which is very nice. Each week the Champs and Pros will compete against each other in a typical Challenge­-like competition. This week Ashley M and Louise volunteered as their team’s captains. The winner is safe and gets money for their charity. But only the captain is safe, every week there will be both a Champs and a Pros elimination by alternating by gender. The losing captain is automatically in the elimination. This week the women were up.

Lolo Jones is an all-time great shit talker. She’s so competitive that in her off-season she’s competing on Champs vs Prosrather than relaxing. Her back and forth with Bananas is something I’ll look forward to all season. The Pros manage to beat the Champs at their own game, partially because Gus Kentworthy might actually be Spider-Man and not a skier. At one point, he was hanging from his arms off a rope and managed to pull his body weight up and onto the platform. It was one of the most impressive athletic feats I’ve seen on the Challenge. It’s like “oh yeah, these people are actual professional athletes all of their lives and train nonstop and win things and are really good at it.” But will that help you do a puzzle or eat a bunch of crickets? We’ll see.

The Champs lose and put Veronica in the elimination because she’s been out of the game for so long, she doesn’t really have any alliances left. The Pros, who are happy to boast about their athletic win, start to crack when they have to decide who to throw in. It’s the first week and whoever goes home now is leaving without any money for their charity. Candice volunteers because she feels like as Pros, they should behave professionally, which is like the very first rule of the Challenge. YOU NEVER VOLUNTEER, YOU NEVER ACT PROFESSIONALLY. Louise comes up with the idea of drawing limes with names on it. Lolo puts up a fight because the charity she is playing for is her own, not some other dumb charity that some other dumb people started for someone else. So she feels like it’s most important that she raises money. Because it’s hers. Of course, Lolo’s name is chosen but Louise never shows the lime to anyone. In her interview she speculates that it’s possible she drew another name and said Lolo’s name anyway and nobody will ever know. Louise Hazel is immediately my favorite Pro. But the Champs are thrilled with this outcome because the Pros just made two of their strongest face off week one. Wes gets in a “that’s exactly what we would’ve wanted you to do,” which is so Wes and clearly irks the Pros squad.

Before the elimination, everyone goes bowling. Which Jordan is really good at, of course, because Jordan seems to be good at everything. Including making Lolo Jones laugh. They have a little thing which makes sense because Lolo Jones is a huge firestarter and that is Jordan’s type like when he got involved with Hurricane Nia in Portland, who hit Avery in the head with a hair drier and threatened to put a street-hit out on Jordan. The one thing these Pros are not ready for with all of their athletic ability is the politicking of one Johnny Bananas, who gets Lolo and some of the other disgruntled Pros together and starts to fan the flames of dissention. He’s like “don’t mind me, I’m just your friendly neighborhood Challenge guide here to say that you shouldn’t vote like this and should be actually mad at your team and not happy with them.” Johnny is good at this. And Wes also does this. It’s going to be great to watch.

In the elimination, Ashley easily beat Veronica and Lolo destroys Candice. I mean Lolo Jones is legitimately a terrifying athlete. There are pictures of her running where you can see every vein and muscle in her body and there are veins and muscles in places I’ve never even seen on another human being. If she was running after me, I’d have to do the Tupac inJuice fence jump where his whole body goes perpendicular because Lolo could probably just leap it like a regular hurdle.

The scenes from the upcoming episodes of this season actually brought tears to my eyes. It looks like Wes comes after Johnny, which is the best to see play out because it always backfires spectacularly. CM Punk also goes after Johnny. And Lindsay Jacobellis offers to take someone’s spot in the elimination right before it’s about to start. Plus it looks like there’s a fencing elimination, which is just like “hey guys, go fight with swords.” I need this Challenge now, I need a Challenge on at all times of the year. After all, if I am a Champ at anything, it is at these recaps. 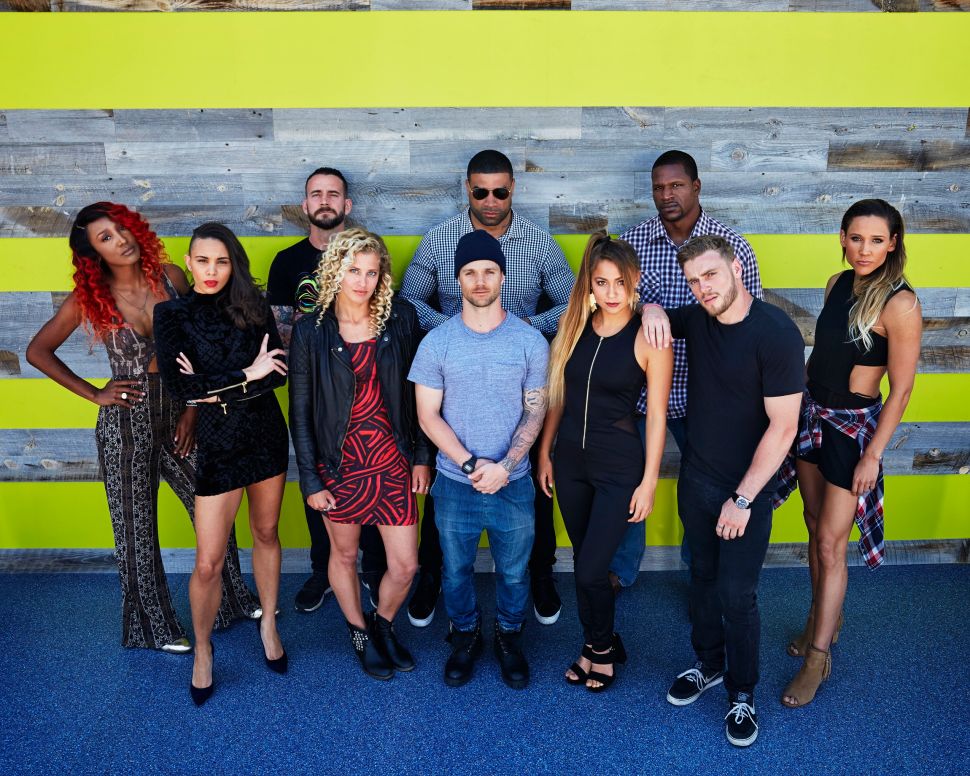