Democrat Phil Murphy has raised $19.2 million and spent $18.4 million in his quest for the governorship so far, more than twice the money from all the other candidates from both parties combined, according to a report released Wednesday by the state Election Law Enforcement Commission.

Lt. Gov. Kim Guadagno, a candidate for the Republican nomination, led in cash on hand with $1.5 million, while Murphy had nearly $855,000 in the bank. But Guadagno has spent only $715,845 and raised $2.2 million, far less than Murphy’s totals, according to ELEC.

A former Goldman Sachs executive who has loaned his campaign $10 million, Murphy has been the front-runner for the Democratic nomination for months and benefited from a light touch from his primary opponents at the first official debate Tuesday night. A primary challenger, Jim Johnson, brought in the second-largest haul with $2.3 million raised and $1.7 million spent. Assemblyman John Wisniewski (D-Middlesex), meanwhile, raised $1.4 million and spent $1.3 million.

Guadagno and Assemblyman Jack Ciattarelli (R-Somerset) dueled at their first televised debate on Tuesday night. The assemblyman has raised $1.3 million to Guadagno’s $2.2 million, but he has spent slightly more — $824,000 to $715,000.

The Democratic and Republican primaries are scheduled for June 6. Spending by independent groups also saw an uptick, with the Murphy backers at “New Way For New Jersey” and “New Start NJ” leading the pack.

Jeff Brindle, ELEC’s executive director, said spending during this year’s race, including spending from candidates who eventually chose not to run, already has dwarfed 2013’s record-breaking numbers. And the primaries were not even competitive that year, with Gov. Chris Christie running as an incumbent and former state Sen. Barbara Buono being the only high-profile candidate to pursue the Democratic nod.

“At this point four years ago, candidates had expended just $3.5 million while independent groups had spent about $9.9 million,” Brindle said. “One big difference is the number of candidates. In 2013, there were just four candidates vying for the two major party nominations. This year, there are 11.”

“I expect other independent groups also will be spending considerable sums on this year’s gubernatorial and legislative campaigns,” Brindle continued. “These so-called outside groups spent a record of nearly $39 million on the 2013 elections.”

Fundraising is key in statewide races in New Jersey because it allows candidates to reach voters through perhaps the most effective method — TV ads — which can cost millions of dollars in the expensive New York and Philadelphia markets. Murphy has been on TV for months (but is still largely unknown by a majority of Democratic voters, according to a Quinnipiac University poll last week) and Johnson has put up a few ads this year as well. Last week, all the other major candidates joined the battle for the airwaves with their own spots. 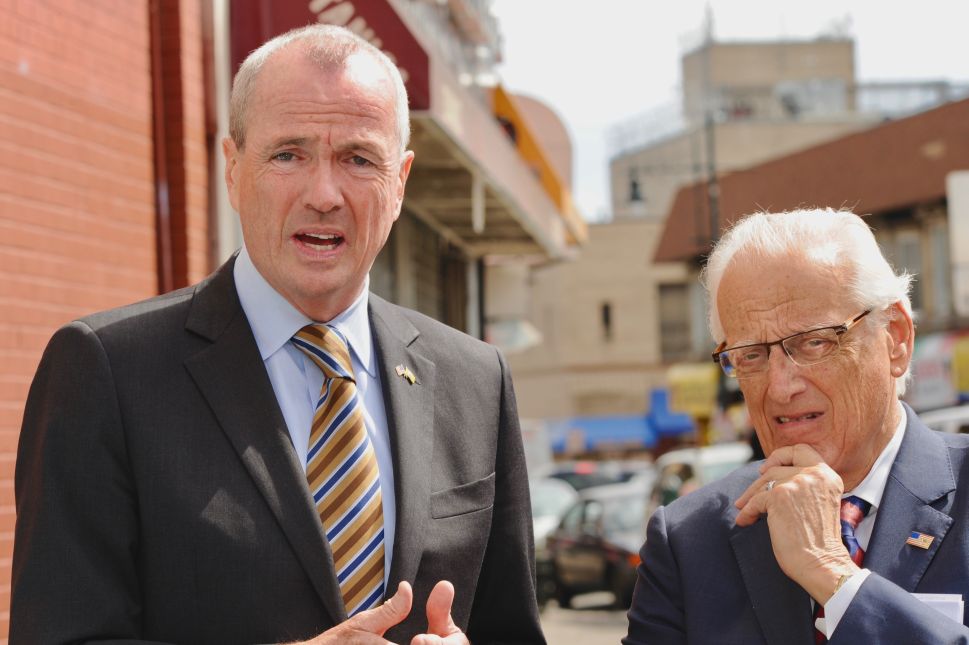