It’s not often the entire internet has the requisite attention span for a longread, but today it seemed like all anyone could talk about online was “My Family’s Slave,” the cover story in this week’s issue of The Atlantic.

In the article, writer Alex Tizon (who died in March) profiles Lola, the woman who was his family’s secret slave in the Philippines, and who remained their slave when they moved to America.

“My parents never paid her, and they scolded her constantly,” Tizon writes. “She wasn’t kept in leg irons, but she might as well have been.”

Tizon describes his attempts to defend Lola as a child, while simultaneously hiding her existence from his friends. As he gets older, he tries to help Lola survive in America—and once Tizon’s parents die, Lola comes to live with him. While she sometimes drives him crazy, she also progresses in many ways (like learning to read and going back to the Philippines to visit her family). And five years after Lola dies, Tizon returns her ashes to the rural village where she was born.

The phrase “My Family’s Slave” was a trending topic all day, as reporters sang the article’s praises and noted that The Atlantic was in a way going back to its roots as an abolitionist publication.

But many female and minority readers (Filipinos in particular) were not nearly as enthusiastic, pointing out that empathy only goes so far and that Tizon waited far too long to help Lola once he was able to. Others pointed out that Tizon’s mother worked at Fairview Training Center, a home for the developmentally disabled where they were called “inmates” and underwent forced hysterectomies, vasectomies and castrations:

Read "My Family's Slave" &I just literally wanted to reach into the story and punch every fucker in the Tizon family, including the author.

Here's what the Fairview Training Center ACTUALLY was like… a place where human beings were tortured by monsters. pic.twitter.com/UtcBGOWeoY

What I am surprised about is that The Atlantic actually read this story, cried over it, but refused to dig deeper into Fairview.

Notice how never once in the story does Alex Tizon apologize himself? Slavery isn't circumstantial. It's deliberate.

She wasn't cleaning out of habit. She was cleaning because she was mentally wired to clean or she would face abuse.

The monsters in the Tizon family had spent decades taking away her humanity and instead of an apology we get excuses? Fuck you, Alex.

But perhaps what angers me most is the gall of Alex Tizon to not even once point fingers at himself as a slaveholder.

As much as I love Tizon's piece though…

Did anyone else get a whiff of that "White Man's Burden" thing going on?

Take a cold hard look at the system that allowed the Tizons to keep this woman a secret.

And at the US's complicity in modern day slavery.

Alex Tizon Was Complicit in the Systemic Oppression of Filipino Househelp And So Are You (A Conspiracy Theory Thread):

Westerners commenting on the Tizon piece. You were nurtured by slavery in every century including this one. YA'LL JUST REBRANDED.

Where do our Filipino voices fit in, in a context that unconsciously pushes us away from our own stories? Y can we only be involved so much?

I am so upset about the My Family's Slave article… are we now just OK with slave narratives as long as a minority is helming the whip?

I am disgusted. Am I supposed to feel bad for the author? As they gloss over that SHE ASKED FOR FREEDOM?
I can't believe people love this

He is now complaining that the SLAVE THAT HIS FAMILY NEVER FREED annoyed him when he let her stay in his home. pic.twitter.com/h5FLikuupG

No matter his eloquence, this is still the perspective of the master's son in a dramatically unequal relationship https://t.co/Qk4PmrFwpc

Every one of these threads is well worth reading in full. 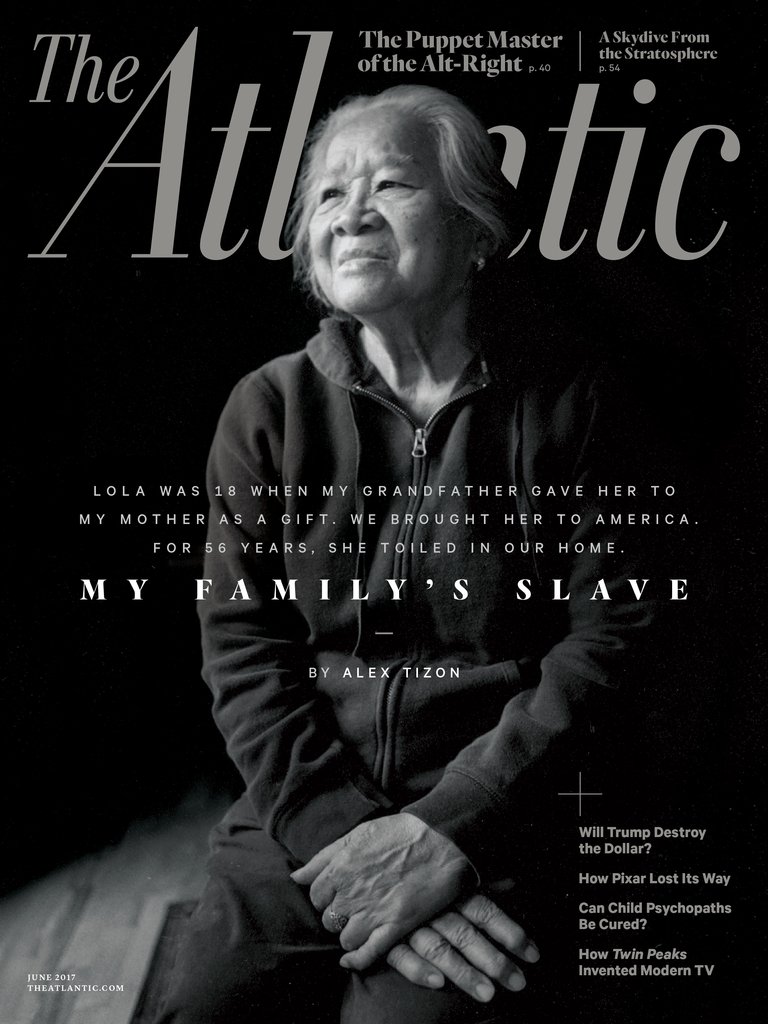