Sometimes, a video just touches your soul. It doesn’t matter where it came from, it doesn’t matter if it’s a snapshot of reality or an elaborately staged hoax—it just goes there. This shaky clip of casually partying art schoolers on a terrace at what appears to be CalArts in Santa Clarita, California, which slowly pans to reveal a paint-splattered nude performer laying facedown on a plastic drop cloth in the corner to the attention of no one, is that video for me.

Something happened to me when I watched this clip, which was posted to Twitter by @diptychbitch and first reported by Hyperallergic. A part of me I’d thought was once long dead and buried, who once desired an MFA in interdisciplinary studio practice and conceived a one-night-only pie-eating contest-as-performance for my college art collective, awoke and screamed “YAASSS,” before I snorted out loud and choked on my own laugh.

I am wholly unconcerned with whether or not this is a meta-performance poking fun at performance art—in fact I’d expect nothing less from the kids at CalArts (where I spent a glorious semester in my senior year of undergrad). If it is, I’m already slow clapping the efforts of those behind this.

And if it’s real, than here is all the solid evidence you need to understand that pretty much everything you do in art school matters about as much as the blip of human existence in the grand timeline of the universe. I mean—does any art even matter? Isn’t performing naked and covered in paint at a packed party roughly the art world equivalent of a tree falling in a forest—did it even happen, does anyone really get it?

I’m here to say I get it. I feel you naked performance artist in the corner—I see you. I understand your vision, and I believe in it. Keep on doing your thing, because one day you’ll be given a retrospective at a preeminent institution. Then, and only then, will you be able to hire people to lay face-down in the corner and recreate your early work for museumgoers to walk right by it without a glance.

Here’s the video, in all its glory.

Hey whys art school gotta be like this pic.twitter.com/lWOoACqf7o 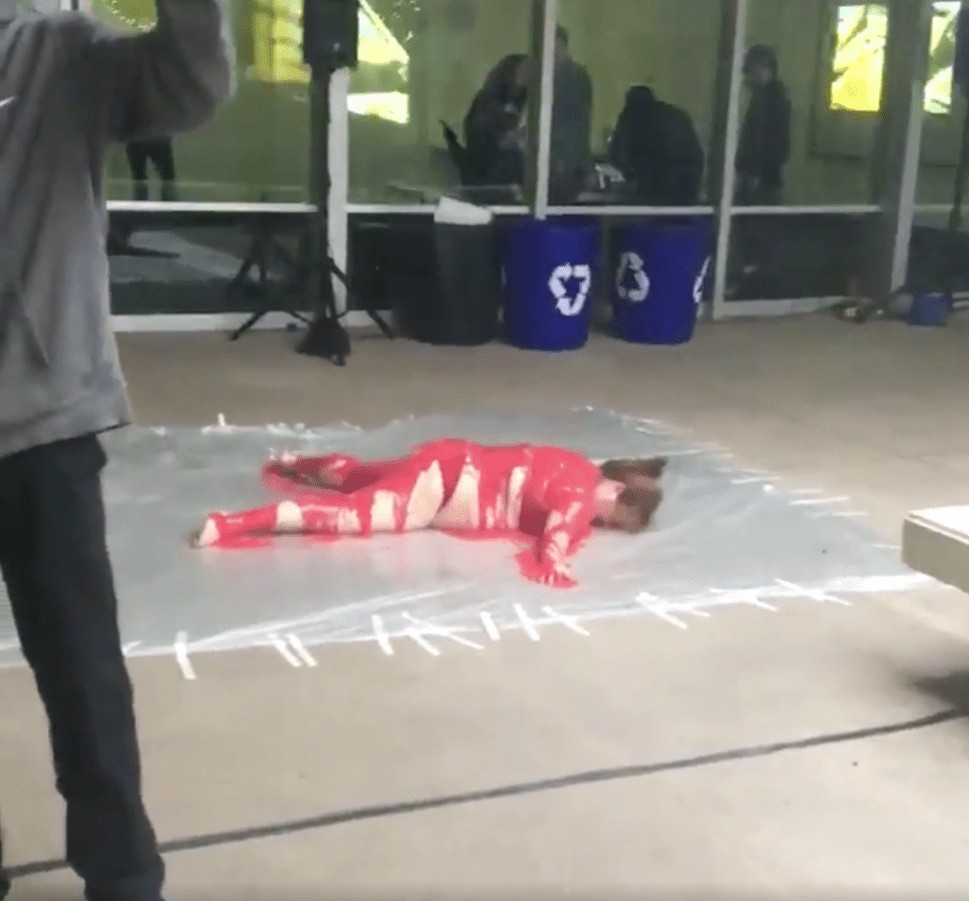