Politico reported on May 3 that House Democrats want Republicans to pass an Obamacare repeal bill in the House, citing that the vote could be used against Republicans in the 2018 midterm elections.

Democrats affirmed this report by chanting “hey hey hey goodbye” to Republicans after Obamacare repeal marginally passed in the House by a vote of 217 to 213 on May 4. This strategy is terrible for a variety of reasons. First and foremost, it reveals that the Democratic Party is willing to sell out constituents just to receive some attack fodder.

A 2016 Gallup poll found that 58 percent of Americans favored replacing Obamacare with a federally funded health care system. The Washington Post reported in April 2017, “A recent survey from the Economist/YouGov found that a majority of Americans support ‘expanding Medicare to provide health insurance to every American.’ Similarly, a poll from Morning Consult/Politico showed that a plurality of voters support ‘a single-payer health care system, where all Americans would get their health insurance from one government plan.’ ”

One of Sen. Bernie Sanders’ most popular policy proposals during his presidential campaign was his push for a single payer health care system, and his proposal’s popularity has increased since the presidential election. However, the Democratic Party has largely ignored voters’ calls.

Their failure to support a proposal that the majority of their base wants illuminates the growing disconnect between elected officials and their constituents and the massive influence of the health insurance and pharmaceutical industries. Americans want single payer health care, and the obstacles blocking them from the system they want are special interests, which are bought and paid for Democrats in office who avoid taking principled stances on issues. Democrats like Pelosi don’t stand for anything because fighting for something like single payer health care would upset the party’s wealthy donors.

Pelosi’s and other Democrats’ arguments excuse themselves from supporting progressive policies and reaffirm the Democratic Party as a corrupt entity tied to the wealthiest 1 percent of Americans. On May 1, the Washington Post reported a poll conducted in January among Trump voters who had previously voted for Obama. When those polled were asked what the Democratic Party stands for they gave responses like, “The 1 percent,” “The status quo” and “They’re for the party. Themselves and the party.” One woman, asked whether the Democratic Party is for people like her, flatly declared, “Nope.”

Excusing their actions by claiming pragmatism allows Democrats to keep their donors happy, preserve the status quo, and ignore their voters. The Democratic Party can’t rely on Trump’s unpopularity to shake off their reputation for not caring about working and middle class Americans. 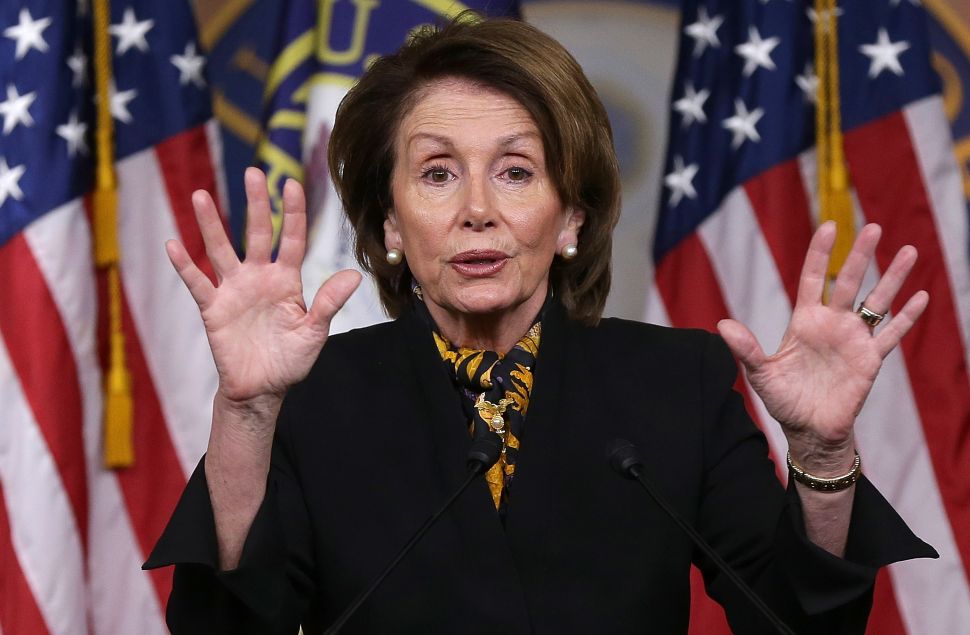