Dear white people, I know what you’re thinking: “Here we go again with this race-baiting bullshit.” But hear me out.

Netflix’s latest TV series Dear White People, which is based on the critically-acclaimed 2014 movie of the same name, premiered on April 28. You’re probably thinking, “Why would I want to spend five hours of my life being lectured to about my supposed ‘white privilege’?”

First, let me get you up to speed on what the show is about, and note that you do not have to watch the movie to understand the show. Dear White People is a sharp, satirical comedy set at Ivy League Winchester University. There’s drama, parties, romance, gossip and student-teacher affairs—all of the key ingredients of an addicting, binge-inducing series. But at the heart, you have a student body wrestling with its race issues stemming from an on-campus party where students were encouraged to dress in blackface. The flames are steadily fed by Samantha White, a campus DJ who consistently calls attention to the racist and prejudice issues on campus on her radio show “Dear White People.” This may sound heavy, but the writers address these themes in a laugh-out-loud, humorous way, so it doesn’t come off as preachy.

“Dear white people,” Samantha says in one of her broadcasts, “here’s a little tip. When you ask someone who looks ethnically different, ‘What are you?,’ the answer is usually, ‘A person that’s about to slap the shit out of you.'”

Dear White People doesn’t just pick on white ignorance. Nerdy, student journalist Lionel, who is black and gay, characterizes what it can be like to hold two marginalized identities as he interacts in spaces with black people who use homophobic insults around him, oblivious of his sexual orientation.

So, why should you give a damn? This quote from James Baldwin opens the show and may be the answer to your question: “As one begins to become conscious, one begins to examine the society in which he is educated.” Dear White People gives you a peak behind the curtain of the black experience. While that may sound uncomfortable, don’t worry. You get to do it from the comfort of your own home while you drink rosé.

Here’s a peak at what’s behind the curtain (there may be spoilers):

Black people are tired of talking about race, too.

If you think you’re tired of hearing about Black Lives Matter and seeing protests on your Facebook, know that black folk are just as tired of having to protest. “Turn that off,” one of the characters tells her roommate who is watching a news report about a cop not being indicted for shooting an unarmed, black man as she rolls over in her bed and cries herself to sleep.

It doesn’t matter how well-spoken, well-dressed or well-mannered a black person is, they know having black skin makes them a threat to others.

When a college party gets too rowdy and the campus police are called, things escalate quickly when officers arrive to find a black and white student in conflict. “Are you a student here?,” the white officer asks black student Reggie Green. While the officer may have assumed Reggie wasn’t enrolled because he’s a college student played by a 31-year-old actor, so are all of the other kids on this show and just about every other teenage drama Hollywood produces. But I digress. Why didn’t the officer demand everyone’s student IDs? When Green confronts the officer about this, the officer draws a gun on him. The audience witnesses the well-dressed, well-spoken man who just moments before won a trivia contest now staring down the barrel of a gun paralyzed by fear.

White supremacy has done a number on black people, too.

Pay special attention to character Colandrea Conners. She learned early on that in order to be successful, she would need to make herself “palatable to white people,” as she calls it. This outlook moves her to wear hair extensions instead of her natural hair and even shorten her name to Coco. This isn’t just to impress white people, but also black people who buy into European beauty standards. She personifies the fine line black people have to walk between assimilation and self-preservation. She’s also a hilarious mean girl who is ambitious and cunning.

When is it okay for a white person to use the n-word? 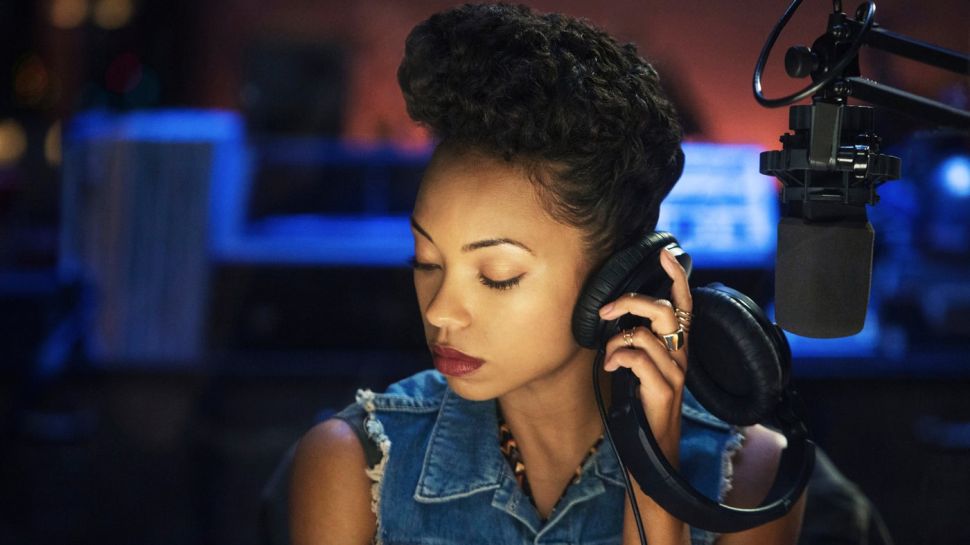