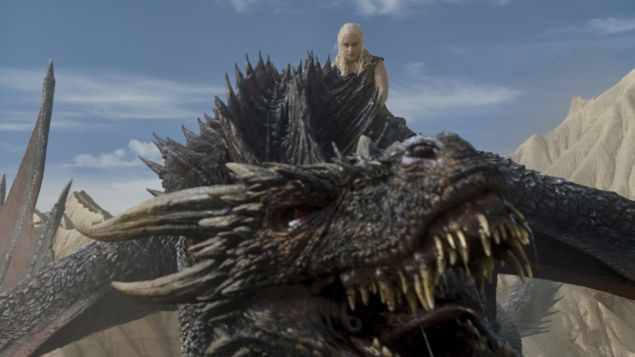 Entertainment Weekly just released the latest photos from Game of Thrones‘ highly-anticipated seventh season. A few are simple behind-the-scenes snaps, two seem to suggest a Northern reunion between Arya Stark and Jon Snow, and one very special image confirms that Daenerys Targaryen and her monstrous fire-breathing offspring are done toying with you fools.

As you can see, Drogon has grown a smidge, bringing to life director Matt Shakman’s promise that “the dragons this year are the size of 747s.” The last we saw Dany’s biggest (and favorite, if she’s being honest) dragon in action, he was teaching the Meereenese Master’s ships the word “Dracarys” out on Slaver’s Bay. But that conflict is over. Daenerys and Co. are headed to Westeros to reclaim/possibly melt the Iron Throne, which begs the question: whose troops are that in the background? And where are Drogon’s little bros, Viserion and Rhaegal?

Game of Thrones returns to HBO for season 7 on July 16. 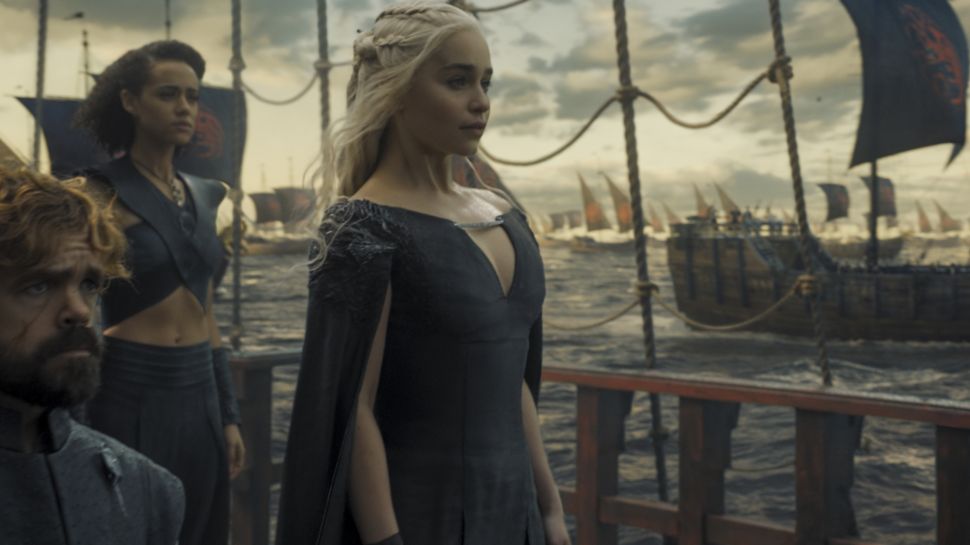