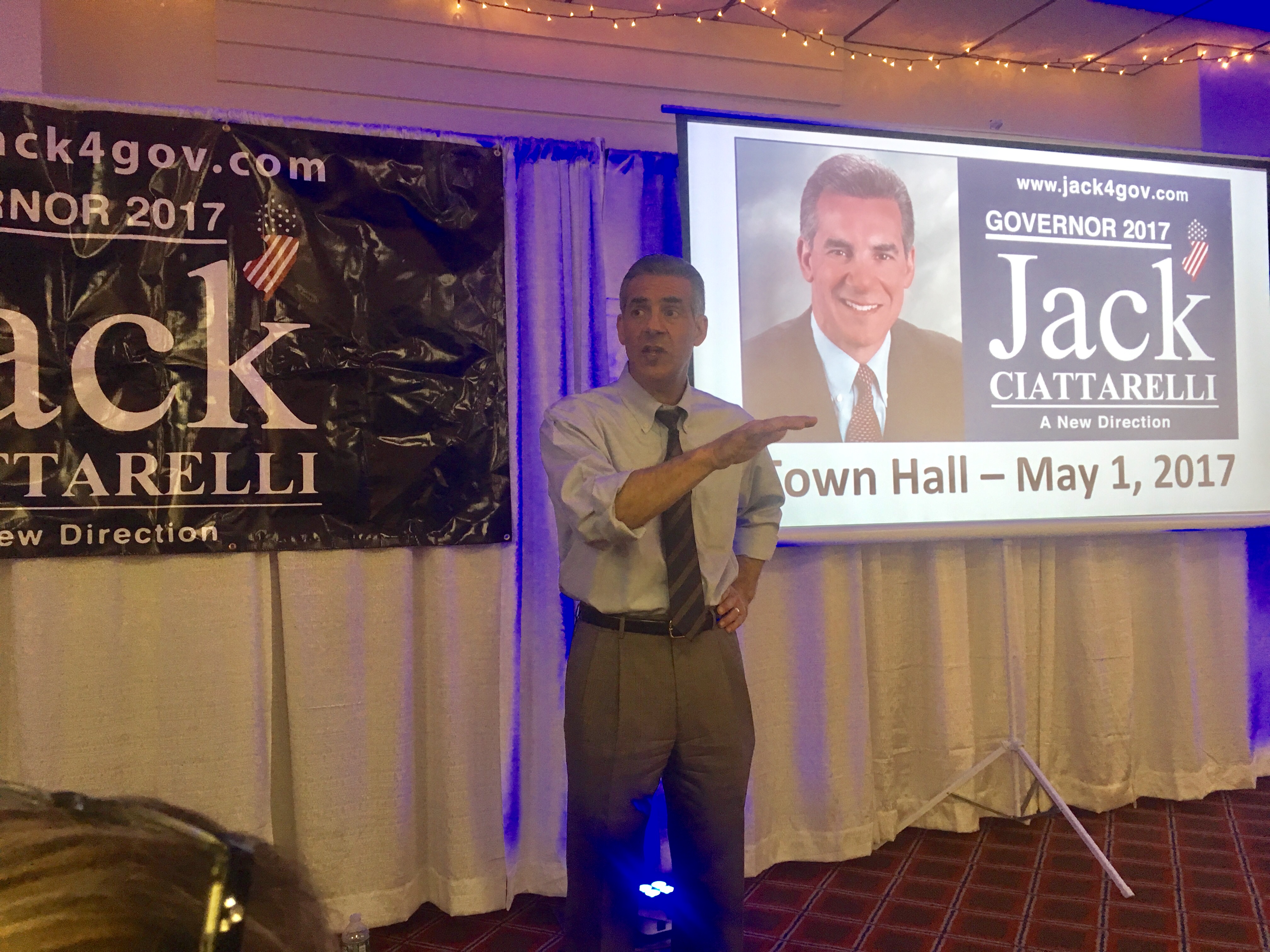 ROCKAWAY — Assemblyman Jack Ciattarelli took aim at Gov. Chris Christie on Monday as he faced a crowd of Morris County Republicans at a town hall event.

At a small American Legion post in Rockaway Township, Ciattarelli, a candidate for the GOP nomination for governor, said he would bring a different brand of Republican leadership. His opponent for the nomination, Lt. Gov. Kim Guadagno would just be more of the same, he said.

“The only way Republicans win this November is with an entirely new message,” he said.

Ciattarelli threw cold water on Guadagno’s tax plan, which would slash property taxes by up to $3,000 for New Jersey homeowners. If enacted, that plan will cost the state $1.5 billion per year, a cost that Guadagno says can be covered through a number of cost-saving measures including forcing municipalities to share services and bringing public employee health care more in line with what private employers provide. Ciattarelli said that Guadagno’s plan is based on finding revenue sources that may not be accessible.

“I am never going to make a promise made on an assumption,” Ciattarelli said. “It is a Band Aid approach.”

But Ciattarelli said he wants to eliminate the corporate business tax, one of the largest sources of revenue in the $35 billion state budget.

At the heart of his economic plan, Ciattarelli (R-Somerset) has been advocating a change in New Jersey’s school funding distribution, reducing some aid for low-income urban districts and sending it to suburban districts that are underfunded. Urban districts such as Hoboken and Jersey City have experienced an economic boom in recent years and should not keep getting a windfall from state taxpayers every year for their school costs, he argued.

Ciattarelli’s platform, like Guadagno’s, includes public employee benefit reform. Both candidates have said they plan to curb the practice of public workers cashing in unused sick and vacation days when they retire. If elected, he says he plans to downsize state government to save costs. Christie has boasted that he has cut 11,000 workers from the state’s ranks. Ciattarelli also would push to get more funds from the federal government, he said.

In addition to his economic plan, Ciattarelli said he would defend Second Amendment gun rights, find a “happy spot” on environmental safety regulations, push back against cities that have declared themselves sanctuary cities, and change New Jersey’s “party boss” political structure.

“I want to fix New Jersey,” Ciattarelli said. “Here’s the last thing you want to tell Jack Ciattarelli, ‘It can’t be done.’” 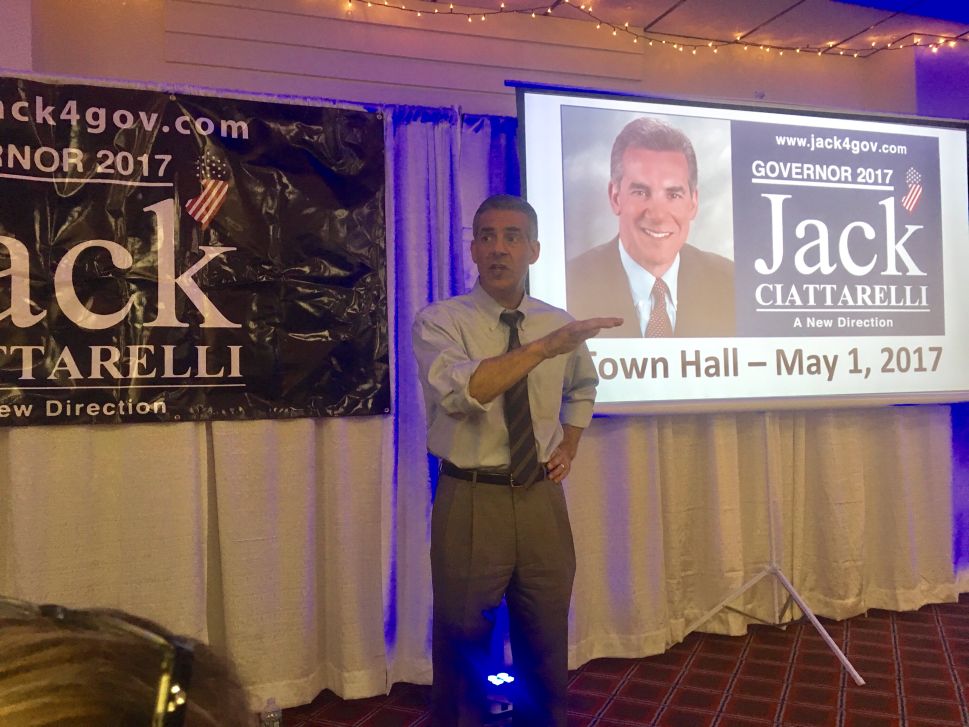