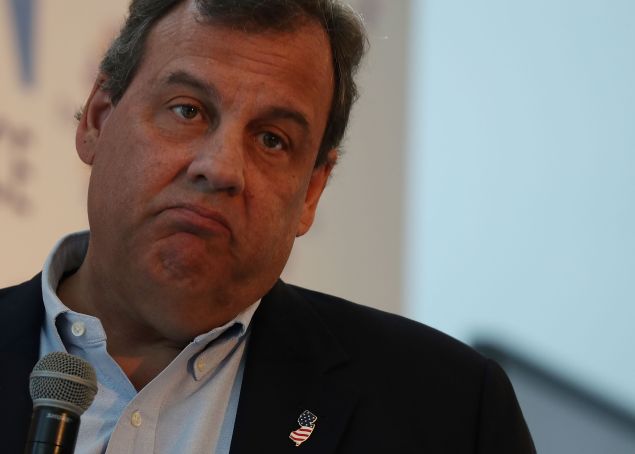 New Jersey faces a $687 million budget shortfall through fiscal 2018 because of another missed revenue forecast from Gov. Chris Christie, according to the nonpartisan Office of Legislative Services.

Lower-than-expected growth in two of New Jersey’s largest sources of revenue — the state income tax and corporate business tax — drove the latest shortfall, according to OLS. The analysis comes after the crucial April tax season, in which the state collects the bulk of the income tax.

The two-year budget gap, at $687 million, is modest compared with some of the yawning holes seen in previous years. Christie’s number-crunchers at the state Treasury Department missed the mark in forecasting tax revenue by $1.6 billion in 2014 alone, forcing the governor to abort a pension-funding reform to keep the state’s finances above-. The two-year budget gap was around $3 billion at that time.

This year, the shortfall may be more manageable but is nonetheless likely to scramble some plans.

Christie has to find $274 million somewhere to balance this year’s $35 billion budget by the end of the fiscal year on June 30, according to figures from an OLS memo widely shared with news reporters ahead of a hearing today in the Senate Budget and Appropriations Committee.

And he may have to adjust his $35.5 billion plan for the coming fiscal year. OLS projections show revenue is off by $413 million for that budget year.

State Treasurer Ford Scudder gave a different estimate of the budget shortfall during a hearing of the Senate Budget and Appropriations Committee on Tuesday. The gap is $527 million for the current fiscal year, and Christie will postpone homestead rebates for property taxpayers by two months, he said. In the coming fiscal year, the state will implement several initiatives to boost “compliance” and simplify tax filings, reaping roughly $200 million.

Unreliable revenue forecasts from Christie have been a leading factor in the 11 credit-rating downgrades issued by Fitch Ratings, Moody’s Investors Service and S&P Global Ratings during the governor’s two terms.

OLS analysts are scheduled to testify before the Senate budget committee at 10 a.m., followed by state Treasurer Ford Scudder in the afternoon. Scudder may present a different estimate for tax collections and may also lay out the ways in which Christie intends to close any gap.

The trend shows New Jersey’s revenue picture worsened somewhat over the last month and a half. In early April, OLS was projecting a $436 million budget shortfall over two years — but after income and corporate tax collections were tallied, that estimate grew to $687 million.

Update (7:08 p.m.): In testimony before the Senate budget committee, state Treasurer Ford Scudder gave a different estimate of the budget shortfall. The gap is $527 million for the current fiscal year, and Christie will postpone homestead rebates for property taxpayers by two months, he said. In the coming fiscal year, the state will implement several initiatives to boost “compliance” and simplify tax filings, reaping roughly $200 million.