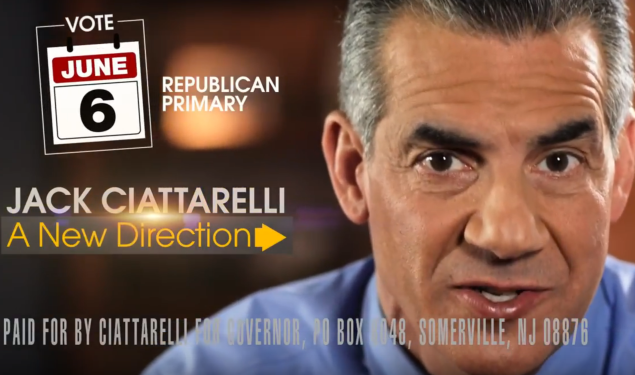 Assemblyman Jack Ciattarelli, a candidate for the Republican nomination for governor, unveiled a TV ad on Friday detailing his tax-cutting agenda and touting his success as a businessman.

Over shots of Ciattarelli mingling with construction workers and business owners, the assemblyman says in voice over that he would grow the state’s economy by shrinking government. He also boasts of building “two successful Main Street businesses,” which he later sold for millions of dollars.

“You deserve what I have always given my customers and my employees, a bold and detailed plan,” he says. “It starts with finally fixing the unfair school funding formula to lower suburban property taxes. We’ll cut government by 10 percent and reform the tax code to grow our economy and create jobs.”

Gov. Chris Christie already has cut 11,000 jobs from the state workforce and it’s unclear how much there is left to cut. Ciattarelli’s idea to lower school costs on suburban homeowners’ property tax bills has long been a fixture of Republican politics in New Jersey. Guadagno has a different plan attacking the same issue; but in her case, the state would fund new tax credits for the school portion of residents’ property tax bills, sending them up to $3,000 a year.

The Ciattarelli camp declined to say how much they are spending on the ads or in which markets it would run. State campaign finance records show he has raised $370,000 and has collected $740,000 in public matching funds, for a total haul of $1.1 million.

Ciattarelli, who has been in office since 2011, has lined up endorsements from Republican Party chairs in several counties, which will give him a boost and prime ballot positioning in those places. But Guadagno has locked down more county lines, and a Quinnipiac University poll released Wednesday showed her with 23 percent support among Republican voters, compared with Ciattarelli’s 12 percent.

Ciattarelli and Guadagno will be debating at Stockton University on Tuesday. 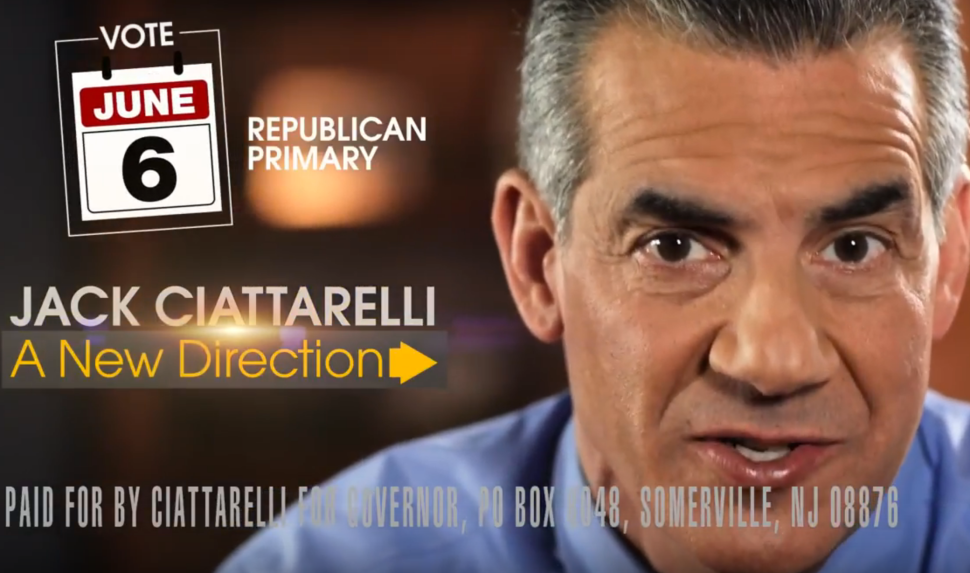