Candidates for the Democratic nomination for governor said at a forum in Newark Monday night that legalizing marijuana is an essential component of reforming New Jersey’s criminal justice system.

At a debate sponsored by the NAACP and the New Jersey Institute for Social Justice, former U.S. Ambassador Phil Murphy and state Assemblyman John Wisniewski (D-Middlesex) both reiterated their campaign pledges to legalize the drug, which remains a Schedule I controlled dangerous substance under federal law despite a wave of legalization measures in the states in recent years.

The remarks came just hours after Gov. Chris Christie, at a separate event, said legalizing the drug was an idea “beyond stupidity.” Christie describes marijuana as a gateway to addiction and harder drugs. He has been fighting for months on anti-addiction efforts and on clamping down on the use of prescription painkillers. U.S. Attorney General Jeff Sessions, meanwhile, has said that “good people” don’t smoke marijuana and that he intends to enforce marijuana laws.

But New Jersey Democratic lawmakers have been closely studying marijuana legalization in recent years and appear to be waiting out Christie’s term before moving ahead with legislation to tax and regulate the drug. Supporters say the state would gain about $300 million in revenue for the $35 billion state budget. The state would also save around $127 million by freeing up resources in the criminal justice system, according to New Jersey United for Marijuana Reform.

“We have to make sure we are ending the war on drugs,” Wisniewski said. “We have failed. We have lost it. We need to decriminalize marijuana and create legal framework for sale and taxation.”

Murphy called for “comprehensive reform of our criminal justice system,” including legalization.

“Everything from mandatory minimum sentences to legalization of marijuana,” he said. “We lead the nation in solitary confinement. Let’s get private sector players out of the business of prisons. Let’s not just get at the systems that lead our young people into the criminal justice system, but if they happen to get into it, let’s give them a much smarter, much more robust, much richer reentry set of policies to help them get back on their feet.”

Jim Johnson, a former undersecretary for enforcement at the U.S. Treasury and a former federal prosecutor, has endorsed legalizing marijuana. On Monday, however, he emphasized the need to eliminate mandatory minimum sentences and to increase community policing in New Jersey’s cities.

“We need to not just change the habits, we need to work to change the minds of law enforcement with better training,” he said. “If we’re going to deal with juvenile justice issues, we have to look at the entire system.”

The debate strayed from social justice for a stretch in which Johnson and Wisniewski, both running behind Murphy in terms of fundraising and endorsements, ganged up on the front-runner.

Murphy swept the Democratic Party county conventions earlier this year and secured prime positioning at the top of all the primary ballots across the state for the June 6 primary.

“We need to open up the political process,” Wisniewski said, calling for same-day voter registration. “We can’t have 21 county leaders telling you who your candidates are going to be in a primary election. We have far too much money in our election system. We need to get money out.”

Murphy carefully navigated around the subject of the county chairs’ influence when he made his own case for giving prisoners and convicted felons back their voting rights in the state. Like Wisniewski and Johnson he favors early primary voting for 17-year-olds who will be 18 during the general election, same-day registration at Motor Vehicle Commission locations and restoring voting rights for felons. 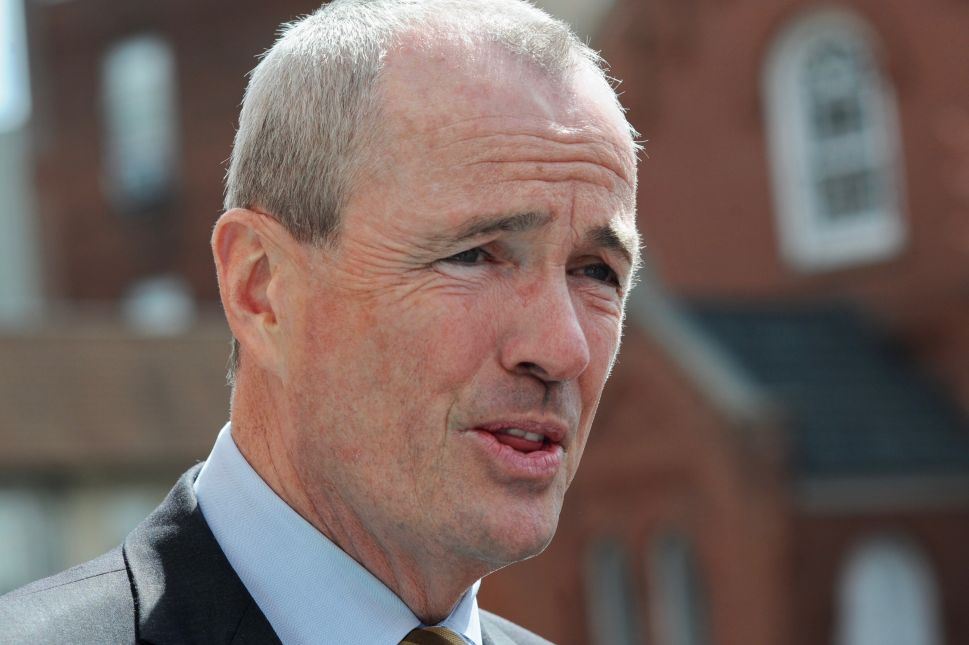