Lawmakers in New Jersey are questioning the wisdom of Amtrak’s planned track “outages” during Penn Station repairs scheduled for this summer after preliminary details of the plan surfaced on Monday.

Senator Bob Gordon called for the railway to conduct the repairs during the summer holidays instead of going through with two planned outages, one lasting 19 days and another for 25. A representative from Amtrak told Politico yesterday that the plans are still subject to change. The first outage would be from July 7 to July 25 and the second from August 4 to August 28, with the leaked plan predicting “significant impacts to service.” NJ Transit is also reviewing the plan.

“We are going to take a hard look at whether the full 19-day and 25-day rail service curtailments are absolutely necessary,” Gordon said in a statement. “But it also seems logical to ask why Amtrak wants to start shutting down tracks on July 7, rather than taking advantage of the four-day Fourth of July weekend to start the work. And why not schedule some of the work for the last week of August when so many people take off from work heading into Labor Day weekend?”

Assemblyman John McKeon, who is overseeing committee hearings into the Amtrak and NJ Transit derailments that sparked the coming rounds of repairs, also favors shifting the burden of closures to holiday travelers rather than everyday commuters. While holiday travelers could plan alternate routes, there are few alternative public transportation routes for commuters who come from as far away from New York as Trenton.

“Considering that the vast majority of people going into and out of New York Penn Station are using commuter rail lines, commuters deserve far more respect than they’ve been given. New Jersey residents pay for this service, and they rightfully expect to be treated like the customers they are,” he said.

It is still unclear how many tracks would be affected by the outages, but Senator Loretta Weinberg said that she favors changes to the management structure of Penn Station so that details like that are subject to the input of officials at Amtrak, NJ Transit and the Long Island Railroad alike.

“Yesterday was just the first meeting, but I am concerned that NJ Transit and the Long Island Railroad, which carry 90 percent of the passengers who use New York Penn Station, won’t have an equal say over the repair schedule under the current management structure,” Weinberg said. “I am more convinced than ever that we should be looking at the ‘One Penn Station’ model recommended by transit guru Martin Robins under which Amtrak, NJ Transit and the LIRR would jointly run Penn Station.”

Greg Lalevee, chairman of the Engineers Labor-Employer Cooperative, called the outages “a disgrace brought about by poor planning and an abject failure to do the right thing.” He warned of economic consequences if Amtrak moves forward with the longer-term track shutdowns.

“This is a true crisis: long-term shutdowns of Penn Station or, even worse, of the Hudson River tunnels could cause billions of dollars in economic damage. Let’s use this opportunity to devote long-term capital funds to Amtrak and NJTransit and to make urgent, effective improvements to Penn Station and the management of our railroads.” 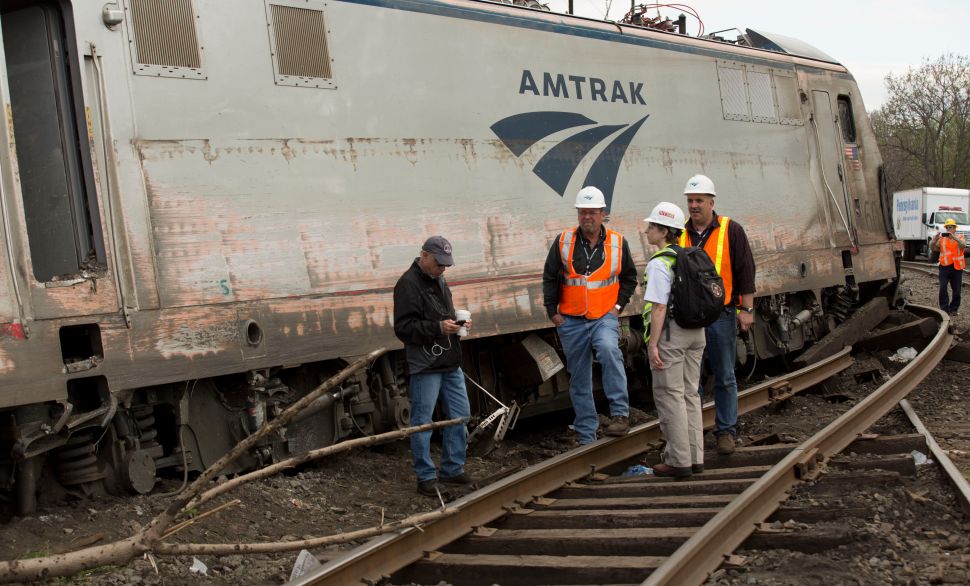