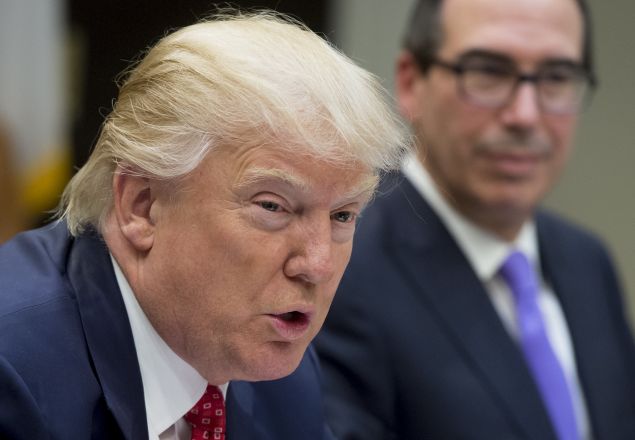 Gov. Chris Christie had his pen out on Monday, signing a series of new bills. But folks hoping to force President Trump to release his tax returns when he runs for re-election were disappointed, as Christie vetoed a measure requiring candidates to disclose the returns as a condition to run for office in New Jersey.

Christie also hit the road, showing he can still spout memorable lines, as he warned about “crazy liberals” who want to “poison our kids” by legalizing marijuana.

And there will be two Trumps paying visits to the Garden State in the near future, with the president scheduled to visit his Bedminster golf club over the weekend and actor Alec Baldwin, Trump’s TV alter ego, set to headline an upcoming Democratic fundraiser.

Quote of the Day: “Unwilling to cope with the results of last November’s election, the Legislature introduced this unconstitutional bill as a form of therapy to deal with their disbelief at the 2016 election results, and to play politics to their base.” – Gov. Chris Christie, on a bill by New Jersey Democrats that would force candidates to disclose their tax returns.

7 Ways NJ and NY Are Pushing Back Against Trump Immigration Policies
We’ve passed President Donald Trump’s 100th day in the White House. So far, one of the defining features of his time in office has been the pushback from local governments, courts, and politicians to his changes in federal policy —particularly on immigration. That’s been especially pronounced in New York and New Jersey.
Matt Katz, NJSpotlight Read more

ICE summons Rutgers ‘dreamer,’ stirring fear of deportation
The vocal leader of a student organization supporting unauthorized immigrants at Rutgers University has been summoned to meet with a federal deportation officer, stoking fear that she was targeted for protesting against the Trump administration.
Adam Clark, NJ.com Read more

Christie: ‘Crazy liberals’ want to ‘poison our kids’ with marijuana
Gov. Chris Christie on Monday attacked supporters of legalizing marijuana as “crazy liberals” who are willing to “poison our kids” for the tax revenue, even as he suggested the state’s next governor could make the issue a top agenda item.
Ryan Hutchins, Politico Read more

Gottheimer: Use tax reform to increase infrastructure spending
With Teaneck’s Route 4 bridge over the Hackensack River looming behind him, Rep. Josh Gottheimer announced a plan Monday to examine the state’s infrastructure and invest taxes into roads, rails, tunnels and dams.
Svetlana Shkolnikova, The Record Read more

This bill would cut down on waits for N.J. disability, family leave benefits
State lawmakers on Monday took action to speed up the state’s processing of temporary disability and family leave claims that for some can drag on for months.
Samantha Marcus, NJ.com Read more

What’s The Plan for PATH Service to Airport
The Port Authority is moving forward with one of its major New Jersey capital projects, a $1.7 billion plan to extend PATH train service from lower Manhattan to Newark Liberty Airport.
John Reitmeyer, NJSpotlight Read more

Mental health patients could be shut out of services, agencies warn
New Jersey lawmakers took a first step toward allocating $90 million to mental-health and substance-abuse treatment providers who say a change in how they’re reimbursed could cripple their finances.
Michael Symons, NJ101.5 Read more

Bipartisan NJ pols try to stop Trump safety board cut
In a bipartisan move, most of New Jersey’s Congressional delegation is calling on their colleagues to block a request by President Donald Trump that would eliminate the U.S. Chemical Safety Board, which was created in the wake of a deadly industrial explosion in Lodi.
Scott Fallon, The Record Read more

Booker, Menendez Want to Clamp Down on Airline Overbooking
Following the removal of a United Airlines passenger from an airplane by force last month, two New Jersey Democrats are proposing new legislation that would take aim at airlines’ practice of overbooking flights and denying service to ticketed passengers.
JT Aregood, Observer Read more

NJ may tweak bail reform to keep more suspects behind bars
New Jersey officials say the near-elimination of cash bail, now entering its fifth month, has been a success – not perfect, but as smooth a change as they could have expected.
Michael Symons, NJ101.5 Read more

Police union: Bergen County Democrats are trying to union-bust
Members of the Bergen County Bureau of Police Services police union protested on Monday the dozens of impending layoffs and demotions that, said the union head, is an attempt to union-bust the 75-officer organization.
Steve Janoski, The Record Read more

EDITORIAL: Does immigrant protest help cause?
May 1 brought us another Day Without Immigrants protest across the nation to raise awareness of the enormous contributions of foreign-born residents on American society. A social-media driven version in February involving striking workers and shuttered businesses gained attention and a fair bit of angry response, enough to inspire another more organized edition.
Asbury Park Press Read more 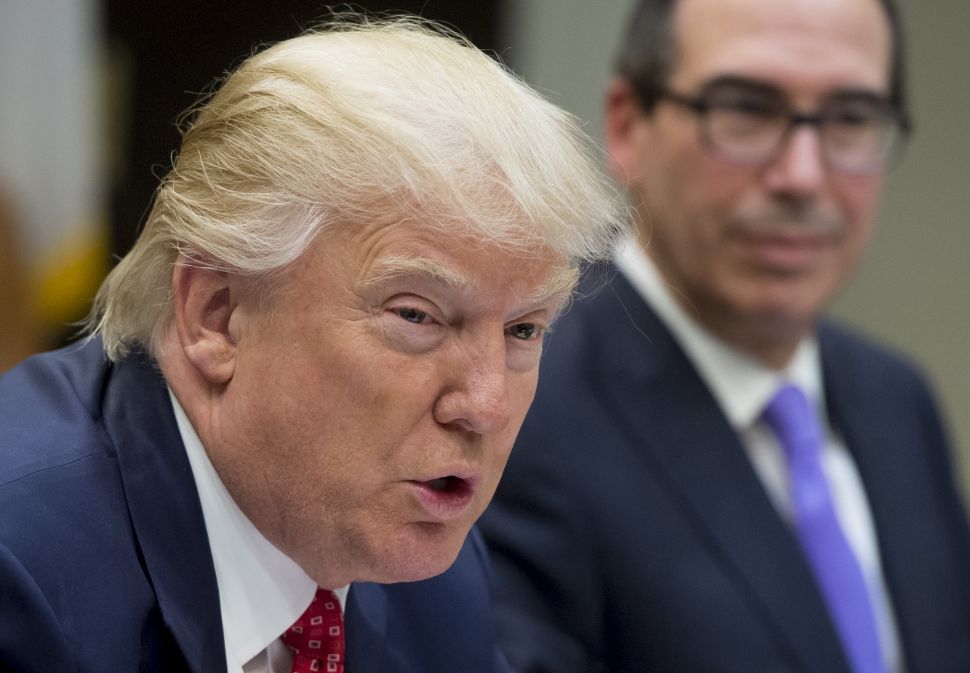