It was the Republican gubernatorial candidates’ turn to mix it up Thursday, as Jack Ciattarelli and Kim Guadagno clashed on the best way to reduce the state’s crushing property tax burden.

The news that former FBI Director Robert Mueller was selected as the special prosecutor investigating the White House got bipartisan support from New Jersey’s often-divided delegation.

And lawmakers opposed to the Christie administration’s rush job on financing an unpopular state renovation project say they will be in court today seeking a restraining order to stop work from moving forward.

Live Blog: Last Republican Debate in NJ Governor’s Race
Guadagno had the most to lose tonight, and seemed to successfully defend her lead in the polls. And she has the fundraising advantage over Ciattarelli heading into the June 6 primary.
Salvador Rizzo, Observer Read more

Guadagno Takes Lead in Public Matching Funds
Lt. Gov. Kim Guadagno’s campaign for governor has received nearly $1.78 million in public matching funds and that total surpasses all the other candidates from both parties, according to the Election Law Enforcement Commission.
Alyana Alfaro, Observer Read more

GOP Candidates Cool to ACA Replacement Bill
When it comes to federal efforts to reform healthcare, New Jersey’s two main Republican gubernatorial candidates agreed during their first debate that Obamacare might be flawed, but the replacement plan proposed by GOP congressional leaders would be even worse for Garden State residents.
Lilo H. Stainton, NJSpotlight Read more

Why Democrats are pulling for Guadagno in the GOP primary
With the Republican gubernatorial primary tightening, a large group of New Jersey insiders is rooting for Lt. Gov. Kim Guadagno to maintain her edge over Assemblyman Jack Ciattarelli.
Matt Friedman, Politico Read more

Bayonne mayor hit with sexting scandal
A texting scandal is sending Mayor Jimmy Davis and his allies scrambling to defend bawdy messages he sent to a woman the city fired in December.
NJ.com Read more

NJ lost 300 jobs, but these companies are hiring
The state’s unemployment rate of 4.1 percent was down from 4.2 percent from the previous month.
Michael L. Diamond, Asbury Park Press Read more

East Rutherford woman speaks out on social media on being choked by Turkish security guard
A young woman from East Rutherford said she was threatened and choked by the bodyguards of Turkish President Recep Tayyip Erdogan at a protest outside the Turkish embassy in Washington, D.C. on Tuesday — a melee that left protesters bloodied and politicians demanding answers.
John Brennan, The Record Read more

Horizon CEO Marino on attacks from Christie
In this excerpt from an exclusive interview with NJBIZ from his office in Newark, Marino talked about how he has been handling the personal criticism.
Anjalee Khemlani, NJBIZ Read more

Paterson ex-councilman said to want $15K to settle
Former Councilman Julio Tavarez wants a retraction and $15,000 to settle the defamation lawsuit he filed against his former colleagues involving the “no confidence” vote they took against him in 2015, officials said.
Joe Malinconico, Paterson Press Read more

Chris Christie for Drug Czar? Let’s hope the Donald cuts that out of the budget
Hardly a day goes by without Chris Christie showing up at some drug-rehab center to repeat his assertion that drug abuse is a disease and should be treated as such.
Paul Mulshine, NJ.com Read more 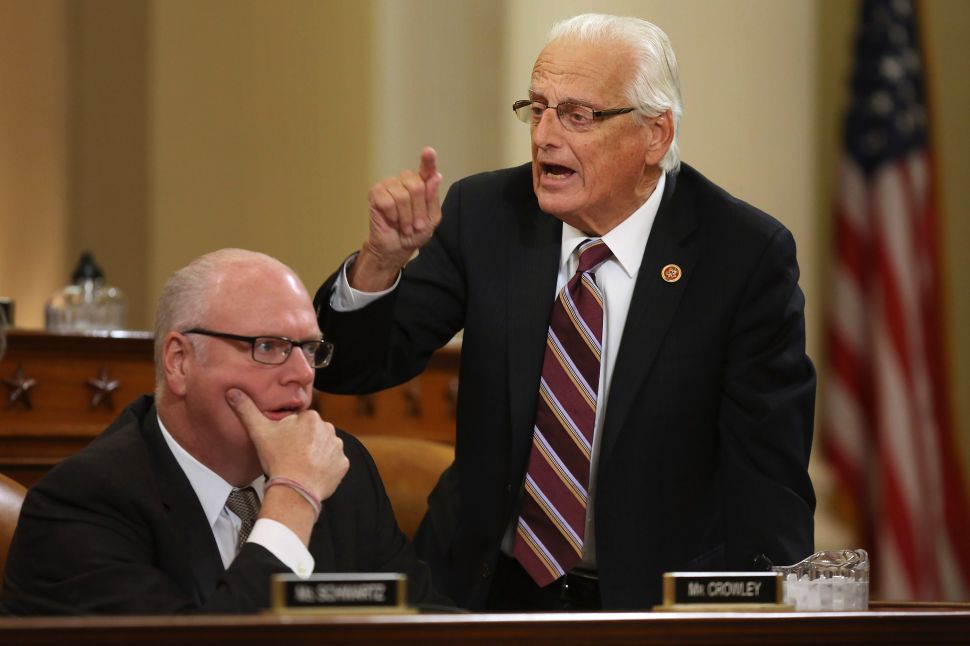