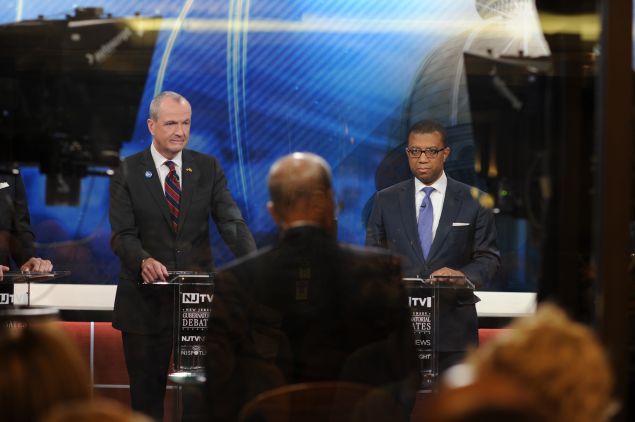 A pile-on dominated the second and last debate in the Democratic gubernatorial primary Thursday night, with front-runner Phil Murphy taking jabs all night from his three rivals for the nomination. Murphy bobbed and weaved and grinned his way through, defending himself with promises to clamp down on Wall Street and raise taxes to pay for schools and pensions.

Gov. Chris Christie weighed in on the firing of his old mentor, former FBI Director James Comey, smacking down an NJ.com reporter who asked the governor if he would take the FBI job if it were still open nine months from now, in January.

Rep. Tom MacArthur took a beating from an angry town hall crowd Wednesday night, and on Thursday there was plenty of speculation on how the moderate Republican’s decision to jump into a lead role in negotiations to win passage of the Republican health care bill might affect his re-election campaign.

Quote of the Day: “This Democratic primary is an auction. We saw Phil’s campaign reports where he’s bid up the price to almost $20 million, including a $15 million loan. It’s an obscene amount of money and New Jersey can do better.” – Assemblyman John Wisniewski, going hard on the attack against Phil Murphy.

NJ Gov Race: Rivals Gang Up on Murphy in Final Democratic Debate
In the fiercest challenge to his candidacy for governor, Phil Murphy was besieged by his three rivals onstage at the second and final debate before New Jersey’s Democratic primary on June 6.
Alyana Alfaro, Observer Read more

In New Jersey Debate, Democratic Candidates for Governor Gang Up on Front-Runner
The final major televised debate in the Democratic primary for governor of New Jersey, held Thursday at NJTV’s studios in Newark, quickly became a raucous and rancorous exchange, with three candidates mounting repeated attacks against Mr. Murphy, who has dominated every aspect of the early stages of the campaign, from endorsements to fund-raising to early polling.
Nick Corasaniti, New York Times Read more

Democrats train fire on Murphy in final primary debate
Democratic candidates for governor sharpened their attacks on Phil Murphy during the party’s second and final primary debate Thursday night, calling his progressive values into question and condemning what one called an “obscene” amount of spending.
Dustin Racioppi, The Record Read more

South Jersey’s MacArthur could be a GOP star — if health-care backlash doesn’t sink him
Just a few years ago, Tom MacArthur was virtually unknown in New Jersey politics. A former mayor of Randolph, a North Jersey town of 26,000, he moved to the shore to run for an open congressional seat in 2014.
Andrew Seidman and Jonathan Tamari, Inquirer Read more

What Will Christie Do After He Leaves Office?
New Jersey Gov. Chris Christie Thursday pledged again to stay in his job until the end of his term in January.
Kate King, Wall Street Journal Read more

Cuomo, Christie call for private Penn Station operator
Governors Andrew Cuomo of New York and Chris Christie of New Jersey have written a letter declaring the need for “a professional, qualified, private station operator” to assume responsibility from Amtrak for managing and repairing Penn Station — a facility rocked by delays that will be clogged by major repairs this summer.
Politico Read more

Trump actions could lead to oil drilling off the N.J. coast
The U.S. Interior Department plans to resume seismic testing in the Atlantic Ocean, a step that could eventually lead to allowing oil drilling there.
Jonathan D. Salant, NJ.com Read more

Alzheimer’s, autism, anxiety could be treated with marijuana in NJ by 2018
More than 150,000 New Jersey residents who suffer from chronic pain, migraines, Tourette syndrome, or anxiety related to autism or Alzheimer’s disease could become eligible to use medical marijuana if the state’s health commissioner adopts the far-reaching recommendations issued by a panel of doctors Thursday.
Jan Hefler, Inquirer Read more

Christie Vetoes Under-18 Marriage Ban
Gov. Chris Christie conditionally vetoed a bill to prohibit marriage for people under 18 on Thursday, suggesting to lawmakers the minimum age should be set at 16 instead.
JT Aregood, Observer Read more

Christie’s State House Makeover Cleared for $300M in Financing
A costly plan from Gov. Chris Christie to renovate the state house in Trenton cleared an important hurdle on Thursday, with the state Economic Development Authority voting to authorize $300 million in bonds to finance the project.
Salvador Rizzo, Observer Read more

Editorial: Once a political hostage, $59.5M for N.J. open space released
New Jersey voters have a robust history of supporting open-space initiatives, both on the municipal and the state level.
Star-Ledger Read more 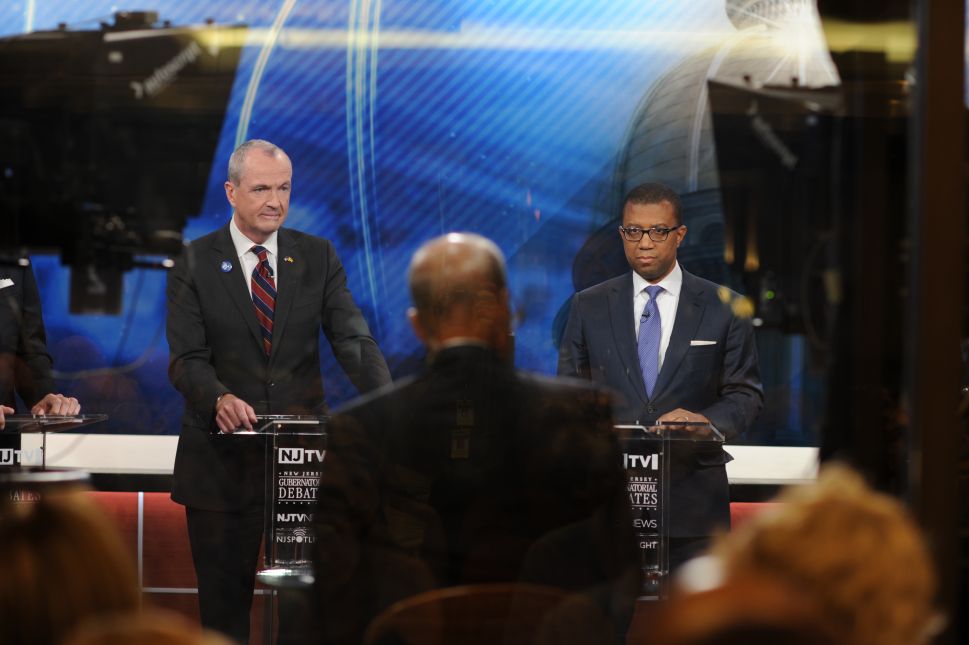