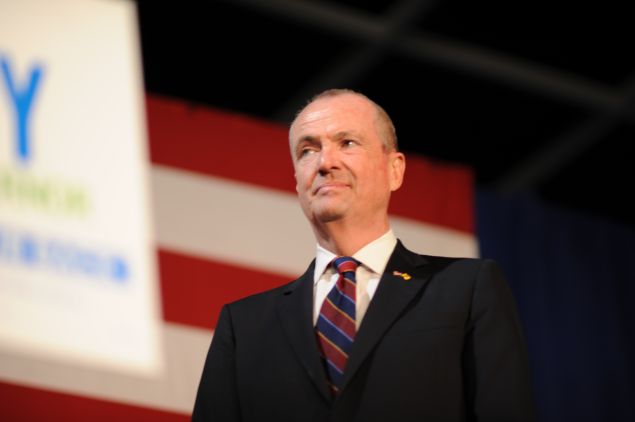 A former Goldman Sachs banker is America’s best chance to reject the politics of President Trump. That was the message former Vice President Joe Biden delivered at a rally for Phil Murphy in Lyndhurst over the weekend.

Biden mentioned he tried to recruit Murphy around five years ago to run in another race. But neither he nor the Murphy campaign would say which race exactly. The safe assumption is that Biden tried to get Murphy to challenge Gov. Chris Christie when he was up for re-election in 2013 — and that Murphy passed.

And in the battle for the state Assembly, Speaker Vincent Prieto went into hardball mode on Friday, demoting a committee chairman who endorsed Assemblyman Craig Coughlin for speaker and sidelining a longtime party strategist whose wife, an Assembly candidate, also endorsed Coughlin.

Quote of the Day: “I will be that governor with a steel backbone who will say, ‘Mr. Trump, not in New Jersey you will not do that,'” – Phil Murphy.

Judge: lawsuit over taxpayer-funded union jobs may proceed
A lawsuit between a conservative group and the Jersey City teachers union will proceed after a judge denied the union’s bid to dismiss the suit on Friday.
Terrence T. McDonald, The Jersey Journal Read more

Republican Candidate’s Positions on the Issues
With the campaigns for New Jersey’s June 6 primaries entering their final phase, the candidates with the money to spend on TV time will be hitting you over the head with their simple messages about why they, and not their opponent(s), are worthy of your vote. To help you get beyond the sound bites, we have prepared thumbnail summaries of the main candidates’ positions on several key issues, culled from their websites, Project Vote Smart, our Facebook Live interviews with them and other sources. We hope it will help you make a more informed vote.
Asbury Park Press Read more

Democratic gubernatorial candidates’ stances
With the campaigns for New Jersey’s June 6 primaries entering their final phase, the candidates with the money to spend on TV time will be hitting you over the head with their simple messages about why they, and not their opponent(s), are worthy of your vote.
Asbury Park Press Read more

How bail reform is playing out in N.J.’s largest city
Sweeping reforms that rolled out in January and changed the way suspects are arrested and jailed in New Jersey have been changed again, due in large part to complaints from law enforcements agencies throughout the state.
NJ.com Read more

Some Unexpected Drama for State Board of Ed
Usually an uneventful process, the appointment of members to the state Board of Education has taken on some political drama under Gov. Chris Christie, who has named a majority of the panel in his seven years.
John Mooney, NJSpotlight Read more

Worth more than Revel: Atlantic City plots to keep water from Christie
The 300 block of North South Carolina Avenue, a straight shot uptown from Resorts, comes as a bit of a shock to the two organizers, one from Philly and the other up from Washington, as they turn the corner, clipboards in hand.
Amy S. Rosenberg, Inquirer Read more

Free Speech Not Always Pleasant
Bob Woodward had several clandestine meetings with a source called “Deep Throat” while he and his partner at The Washington Post, Carl Bernstein, investigated the cover-up of the break-in at Democratic headquarters in the Watergate office complex. In 1972 and 1973, women and even some men used a lot of Aqua Net, but there was no internet, no Skype, no texts. If you wanted to talk to someone, you called them on the phone.
Alfred P. Doblin, The Record Read more

Carving out an artists’ haven in Camden: free studios, residences
Wanted: Artists looking for a place to live, a studio in which to labor, and a gallery for showing work to a fledgling community of other creative types.
Kevin Riordan, Inquirer Read more

A congressman’s letter, a desire to lead, then 30 years as a Marine
Eric M. Mellinger was a Marine colonel directing humanitarian relief in the Philippines in 2013 when a delegation from Congress showed up that included Rep. Chris Smith, a 36-year veteran and dean of the New Jersey delegation.
Herb Jackson, The Record Read more