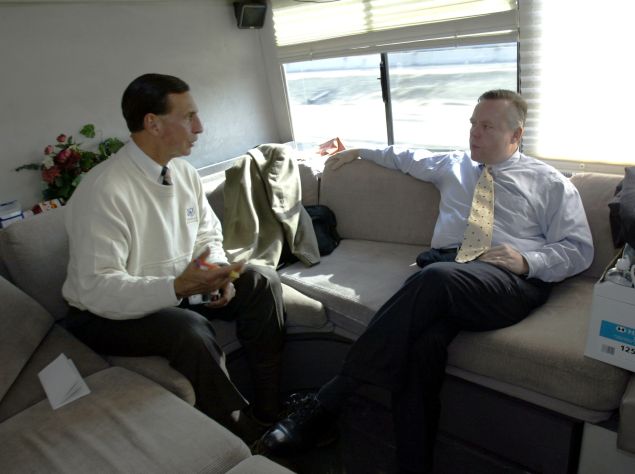 In today’s charged political climate, finding common ground is unusual, but two Republican New Jersey congressmen are being recognized for their willingness to cross party lines and work with the other side.

The Wall Street Journal’s editorial page, once a fan of Gov. Chris Christie, is taking him to task for his plan to raid Horizon’s reserves. And marijuana legalization in New Jersey will take a step forward today, as a state senator is set to introduce legislation to regulate and tax pot in the state.

Quote of the Day: “Embrace your Jersey roots and authenticity. It doesn’t matter where you’re from. You’re in the Jersey family now.” – Steven Van Zandt, speaking to graduates at Rutgers University.

Partisan politics in the age of Trump? These N.J. Republicans work with Democrats
Two New Jersey Republicans were among the nation’s most willing to reach out across party lines in the last Congress, according to a new study.
Jonathan D. Salant, NJ.com Read more

Rodriguez-Gregg Charged With Marijuana DWI
A New Jersey lawmaker will be going to court to contest charges of driving while intoxicated, obstruction and other traffic offenses following an encounter with police last month.
JT Aregood, Observer Read more

Lakewood busing issues expose private school rides on public dollars
Every school morning in Lakewood, hundreds of yellow buses fire up their diesels and roll out of their company yards into the neighborhoods of the sprawling, 25 square-mile township.
Mark Di Ionno, The Star-Ledger Read more

N.J. lawmakers at odds on school-funding fix as deadlines loom
With less than a month to go until a Gov. Christie-imposed deadline, lawmakers are still at odds on changing New Jersey’s school-funding system, as cash-strapped districts cut budgets — and others worry whether aid will be taken away.
Maddie Hanna, Inquirer Read more

DuHaime: GOP Should Speak Up on Comey
Republican strategist Mike DuHaime said members of his party should not be shy about calling out President Trump for picking a fight with the recently ousted FBI director, James Comey.
Salvador Rizzo, Observer Read more

Allendale residents disappointed that ‘hometown hero’ was fired
Though he may have been fired this week, hometown hero James Comey still has the support of many in town.
Michael W. Curley, Jr., The Record Read more

Winners and Losers: The Week of the Primary Debate Deluge
Among the four Democrats and two Republicans who qualified for three debates in one week — catch your breath there for a second — front-runners Kim Guadagno and Phil Murphy had the most to lose. They gave strong performances and came well-prepared for their brawls, but it will be interesting to see if all the attacks, especially the focused fire on Murphy at Thursday’s Democratic debate, will take a chop at their poll leads ahead of the June 6 primaries.
Observer Read more

Governor Signs Law Calling for Oversight of State Mental Health Payment Reform
New Jersey will appoint independent monitors to oversee its payment-reform process for community mental health providers, an ongoing transformation that has prompted concerns about the impact it could have on local programs and their patients.
Lilo H. Stainton, NJSpotlight Read more

Stay true to Jersey roots, Van Zandt tells Rutgers grads
Musician and actor Steven Van Zandt called on the largest-ever graduating class in Rutgers University to stay true to their Garden State roots on Sunday, urging them to embrace authenticity and reminding them that “life should never be boring.”
The Record Read more

Editorial: In the GOP primary, an easy call: Ciattarelli for Governor
With Democrats in solid control of the state Legislature, and heavily favored to take back the governorship this fall, the Republican Party in New Jersey is at grave risk of becoming irrelevant.
Star-Ledger Read more

EDITORIAL: Christ Christie’s Insurance Heist
Rehabilitating drug users—and one of the lowest gubernatorial approval ratings in the country—doesn’t come cheap. New Jersey Governor Chris Christie is trying to do both with pricey new anti-addiction programs, but he’d teach more respect for the rule of law if he wasn’t also raiding a private state health insurer to pay for it.
Wall Street Journal Read more 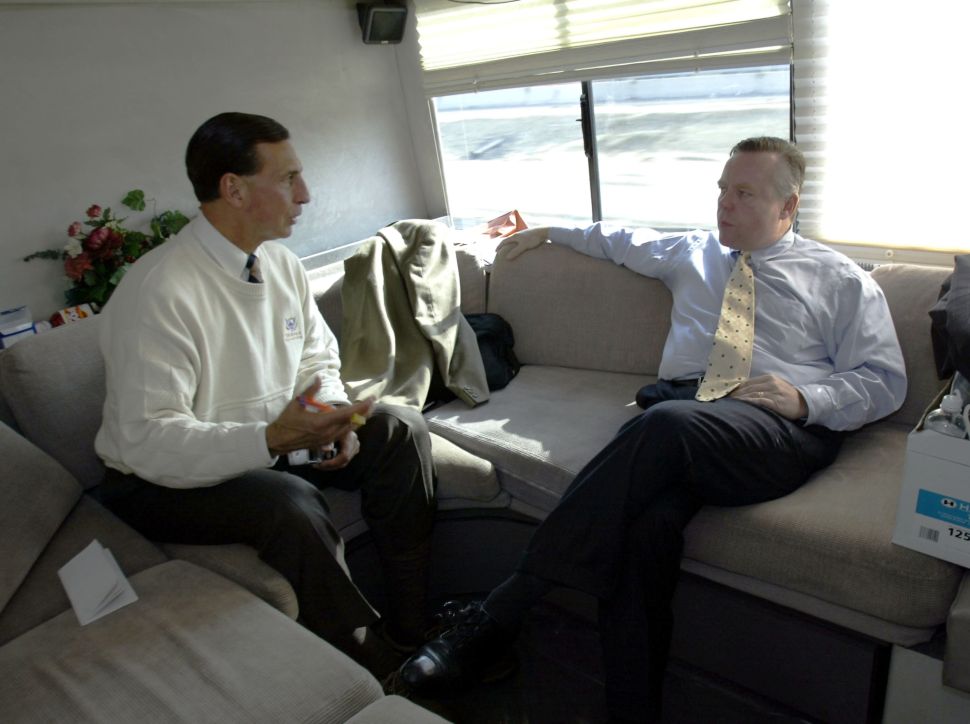