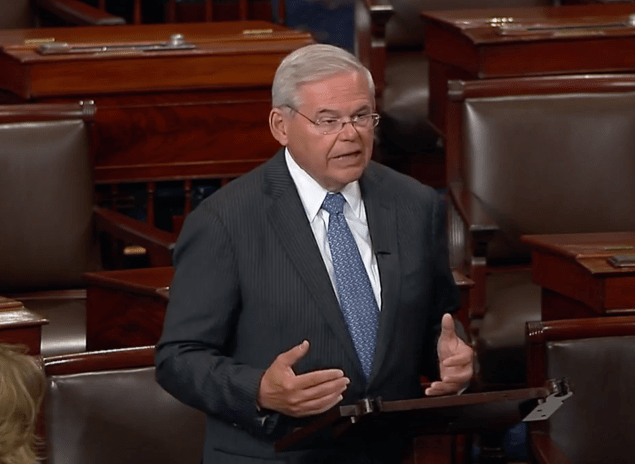 U.S. Sen. Bob Menendez will be voting against President Trump’s nominee to lead the Securities and Exchange Commission and gave a floor speech Tuesday saying Jay Clayton was too close to the financial industry he would be regulating.

Clayton, a partner at the law firm Sullivan and Cromwell, has represented Goldman Sachs and other Wall Street banks. Menendez said his record with Goldman and as an adviser to Bear Sterns during its 2007 sale of JPMorgan Chase made him unfit for the SEC job.

“The SEC is our government’s cop on the Wall Street beat,” Menendez said, adding that SEC regulators “turned a blind eye” to the risks and corporate misconduct that preceded the Great Recession.

“This administration wants to give the keys to the castle to one of Wall Street’s most loyal guardians,” he continued.

The SEC currently has only two commissioners. The Senate took a procedural vote on Monday in favor of confirming Clayton, coming down 60-36 in favor of ending the debate over his appointment.

Trump in a statement during the transition called Clayton the right man for the job of unwinding regulations.

“We need to undo many regulations which have stifled investment in American businesses, and restore oversight of the financial industry in a way that does not harm American workers,” he said.