A new campaign ad from John Wisniewski, a state assemblyman running in the Democratic primary for governor, takes some veiled shots at the front-runner for the nomination, Phil Murphy, a former Goldman Sachs executive.

“I’m not a Wall Street executive,” Wisniewski says over soaring string music. “I haven’t made hundreds of millions of dollars outsourcing jobs. I’ve taken on the deep, entrenched interests that want to run New Jersey for themselves.”

Wisniewski is a former chairman of the state Democratic Party and has been a deputy speaker of the Assembly since 2004. He gained national attention in 2014 for his role uncovering the links between the George Washington Bridge lane closures and Gov. Chris Christie’s office. The 30-second spot quotes a headline dubbing him a “Bridgegate crusader.”

A representative from Wisniewski’s campaign wrote in an email that the ad will run in the New York and Philadelphia TV markets and on social media platforms, part of a “six-figure” ad buy launching next week.

The ad doesn’t name Murphy, but there’s no other Wall Street executive in the race. Wisniewski casts himself in the ad as a defender of the middle class.

A Quinnipiac University poll released Wednesday found that 52 percent of Democratic voters had not yet decided on a candidate for the June 6 primary. But among those who had made a choice, Murphy led the pack with 23 percent support. Former U.S. Treasury undersecretary Jim Johnson, a newcomer to the New Jersey political arena, garnered 7 percent. Wisniewski came in third, with 5 percent.

The assemblyman has raised around $375,000 for his campaign and received $751,000 in public matching funds, for a total of $1.1 million. Murphy has loaned his campaign $10 million and has raised money from donors on top of that, which has given him the wherewithal to buy ads not just online but on TV.

Johnson, Murphy and Wisniewski will be facing off in the first official gubernatorial debate on Tuesday at Stockton University. 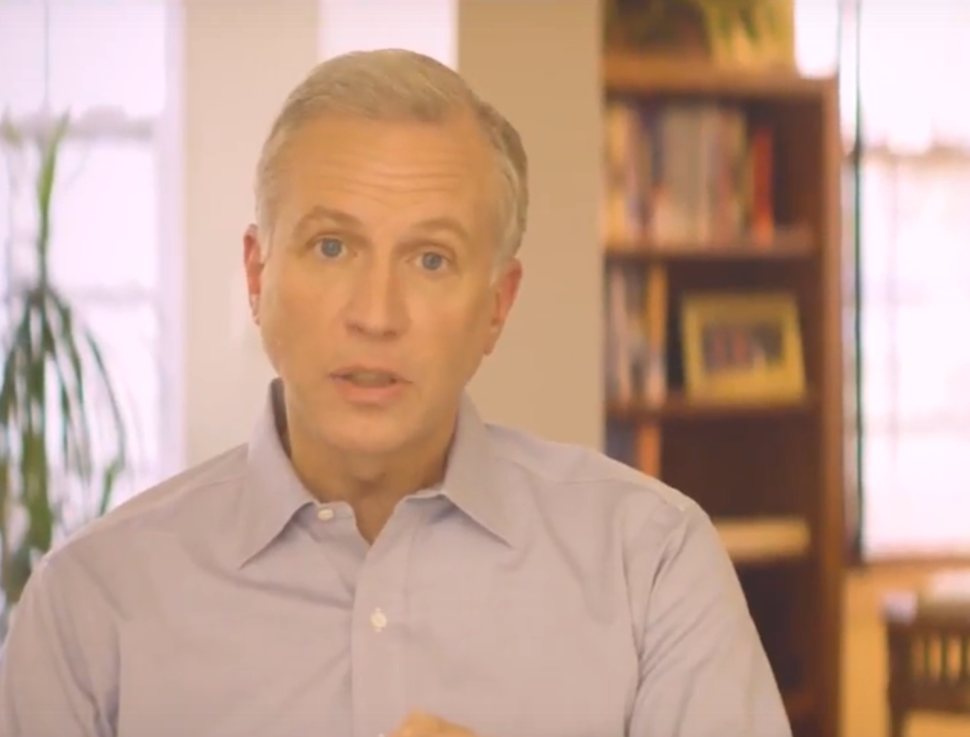