Don’t be surprised when your neighborhood yoga studio advertises its spring new member promotion at the start of the episode of Radiolab you downloaded. A lot more kinds of businesses will get into podcast advertising in the next year. In fact, it’s already started.

While it’s true that it’s not an industry obligated to publicly disclose revenue numbers, the fact that NPR reports 100 clients renewing this year is telling. Advertising on podcasts looks to have become mainstream. Soon, everyone from big movie studios down to local car dealerships will at least consider buying spots on downloadable audio shows.

Though there may not be a huge difference between NPR’s audience and everyone who listens. According to the data company Podtrac, it was the most popular publisher of shows in April, with 79 million downloads on 36 shows. Considering the fact that five of the top 10 publishers are either public radio or related companies, such as This American Life, it’s hard to imagine that its listeners aren’t represented across most of the big publishers. So changes in the business at NPR probably reflect changes for the entire industry.

One of the most important changes, from Moffett’s perspective, has been the growing adoption of podcasting as an advertising medium for Fortune 500 companies in the first half of its fiscal year. Up to now, podcasting has been dominated by call-to-action advertisers, people who wanted users to enter an offer code for a free trial on sites like Squarespace or Stamps.com.

A new breed of demand-responsive companies has started joining in. Blue Apron, Zip Recruiter and Rocket Mortgages from Quicken Loans have become a new stable of reliable podcast advertisers. Moffett said they are always willing to at least discuss new shows.

Not every advertiser has goals as straightforward as Casper, the bed company. Larger brands, such as Discover, Wells Fargo and Delta often have more nuanced goals, and they have come to trust podcasting as a way to get out their corresponding messages. “I think it’s really been interesting over the last two years to watch this happen,” Moffett said. “I think they are finding it’s helping them move the needle.”

About two dozen of the country’s largest firms have joined NPR’s stable of sponsors this year.

Back in 2015, we wrote that podcasts had the potential to reach advertisers with regional markets, such as car dealerships and comedy clubs. Certain industries need to target people geographically. Dynamic advertising systems analyze each download request and decides which ad to append to the show just before it starts loading.

“We’ve been doing geotargeting for quite some time,” Moffett said, though to the listener the spots might not always sound like they are targeted to  specific region. For example, a movie studio might have a limited release of a film and only buy ads for it in the markets where it’s showing. Similarly, car makers might have specific goals for moving inventory in specific markets.

That said, nothing says local advertising like ads from the hometown grocery chain. Moffett said that the company has closed deals with about a half-dozen stores so far, including a company that just wants to reach listeners in the Memphis area. We’ll know the industry has become too powerful the day that whispering “Marc Maron” at checkout earns shoppers two-for-one prices on bags of coffee.

These smaller companies can more easily get into podcasting thanks to programmatic ad buying, which lets an advertiser buy spots more like Google ads. A small book press could buy ads for a few days across lots of political shows, for example. The press would know how many impressions it could expect, but it wouldn’t know exactly which shows its message might pop up on.

Moffett attributes the broadening of the podcast advertiser pool in part to the way its programming has burrowed deeper into the listening audience’s life.

“Podcasting is moving from what I would call a leisure activity,” Moffett said, “to a place where you’ve got things like Up First and The Daily, because it’s a habit every day that you go to.” These shows are both dailies from NPR and The New York Times, respectively. Brands become more comfortable advertising when they have more confidence about when a show will be listened to.

This squares with what Matt Cutair of AudioHQ told us. If Home Depot makes an ad about potting soil, it wants you to hear it the Thursday before its big garden promotion at its stores, not the Tuesday after. So, if the success of daily shows demonstrates for advertisers that people really are listening day of (at least in robust numbers), it helps convince them that those time sensitive messages get heard in time. This opens up more kinds of advertising possibilities, and broadens the market.

Of course, this brings us to the question of what podcasting companies know about their listeners. Up to now, it has been blessedly little. It has been one of the rare corners of digital publishing where absolutely everything users do isn’t tracked and analyzed.

“We have a strong desire to know what people are doing with our content,” Moffett said, but it has taken years for the industry to even agree on how to count downloads on shows, as we’ve previously reported. That’s settled now, but it’s not enough. Someone can download without listening, and Moffett wants to know how many NPR shows get played.

“We don’t want to be creepy and track users,” Moffett said. “I just to need to know if they heard it.”

Cross your fingers that it stops there.

CORRECTION: A previous version of this post inaccurately reported Mr. Moffett telling us that about a dozen Fortune 500 companies were sponsors. May 11, 2017 10:53. 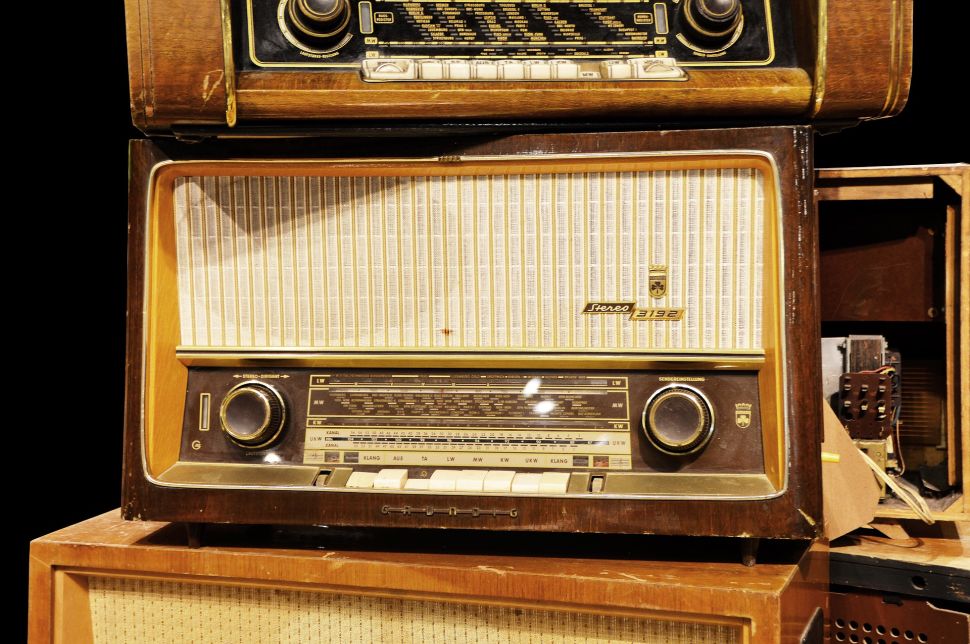