Council Speaker Melissa Mark-Viverito today argued Councilman David Greenfield, her chairman of the powerful Committee on Land Use, has a legal right to use a state campaign account to circumvent local regulations barring politicians from raising money from real estate companies.

The Observer revealed on Monday that the councilman has maintained GreenfieldNY, a political committee for an undeclared state office, since his campaign for re-election to the Council in 2013. Greenfield received the Land Use Committee chairmanship in the next year in exchange for the Brooklyn Democratic Party’s support of Mark-Viverito’s speakership bid.

The post has given him oversight of all projects in which a developer seeks changes or exemptions to zoning regulations—and real estate money has poured into GreenfieldNY during the intervening years.

As of January, GreenfieldNY had a balance of $308,641.71. Of that, $86,600 came from corporate donors, all but a few of them directly tied to development interests—donations that city Campaign Finance Board rules explicitly forbid, but which state Board of Election regulations allow.

Another $90,000 came in contributions exceeding the $2,750 ceiling the CFB imposes on candidates for local office. Most of that money also came from real estate company principals and investors.

A number of the donors have proposed projects that would ultimately have to come before the Land Use Committee for a vote.

Managing and profiting by the account is operative Kalman Yeger, the husband of Jennifer Berger, a Mark-Viverito staffer. Yeger himself, with help from his boss, has amassed cash for a Council campaign of his own—against Brooklyn Councilman Chaim Deutsch, whom Greenfield has long perceived as a rival. 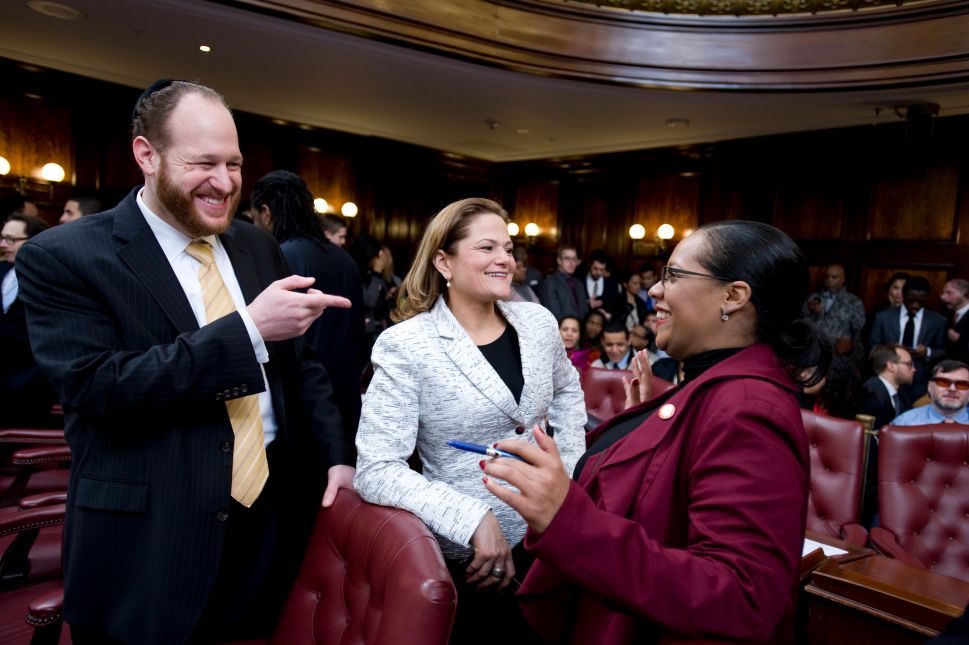