It is no secret that both in policy and politics, the Goliath in New Jersey is the leadership of the New Jersey Education Association.

Through powerful lobbying efforts in Trenton, massive investments in political action committees, statewide marketing campaigns and an army of lawyers stationed throughout the state, the NJEA spends tens of millions of dollars each year to control the discourse and debate within our state. Even in this day and age, facts matter, and these are facts: The money the NJEA leadership spends is simply unmatched, and it is a significant reason that New Jersey’s education status quo has not changed in decades.

Over the last 10 months, six brave Newark public school parents, supported by a few pro bono lawyers and a small handful of staff from the nonprofit Partnership for Educational Justice attempted to take on this hundred-million-dollar colossus.

These parents did not challenge teacher salaries, question teacher pensions, or even attempt to have a teacher fired. Instead, they asked our courts to be provided a voice and allowed the opportunity to challenge the constitutionality of an outdated educational statute called “last in, first out.”

Unfortunately, thanks to the tactics of the NJEA’s well-funded legal dream team, these six parents, representing one of the toughest school districts in the country, were not even allowed their day in court.

“Last in, first out,” or “LIFO,” is a statewide statute that insists teachers must be judged only by how long they have served. Specifically, if a school district is forced to lay off teachers because of budget cuts, performance or effectiveness are not allowed in any way to be a determining factor in the decision-making process. By law, the only factor a district must abide by is a teacher’s seniority. Because of LIFO, a school district can easily be forced to lay off their very best teachers, while having to keep ineffective ones.

To anyone who has ever held a job, this concept of seniority rules runs counter to every other industry on Earth.

If you had to take your child to a doctor, wouldn’t you want the doctor who had the best reputation, even if some of their colleagues had been in practice longer?

Putting it in another context, imagine if you worked on an assembly line and your company was forced to lay off a portion of employees. You play by the rules. You work hard. You are honest. You show up to work on time. You get along well with your colleagues. Your evaluations have been solid. Meanwhile, the person you work next to arrives to work late each day. They slack off. They treat other workers inappropriately. But that person has been working there longer than you. If LIFO was in play, guess who would get to keep their job during staff reductions? Yup, the slacker. The point of this example is to showcase what we all know, what we all have experienced in real life: An important part of the American Dream is that quality matters.

There are even deeper levels to consider when it comes to this LIFO statute.

If the state insists that we must solely prioritize years of service and cannot add competence into the equation, what does that say to our great public school teachers who go above and beyond their required duties? It says that effort and passion are not the priority. What does it say to our families who demand quality schools? It says that quality it is not the priority. And what does it say when power is taken away from superintendents, school boards and school leaders? It says that they cannot be trusted to do what is best for their local communities.

Unfortunately, the problems LIFO creates go far beyond symbolism. In districts like Newark, there are unqualified and poorly performing teachers that are so bad — so detrimental to our kids — that they have been taken out of the classroom. By being forced to implement the LIFO statute, Newark must continue paying these individuals a salary, even though they are not even working. Each year, tens of millions of dollars, which could be going to our kids and classrooms, get diverted to these people who are so bad at what they do they do not even deserve to be called teachers.

On the legal merits, a discussion on the value of LIFO is a fair one to have.

Every study exploring the effects of a child’s schooling has concluded that the single most important factor is having a quality teacher. And yes, as any parent knows, there are great teachers in New Jersey who are also the most senior, but those teachers are great not just because of their length of service.

Our state is not divided on this issue. Great New Jersey teachers do not like the LIFO statute because it diminishes their work. When New Jersey parents find out about LIFO, they are left speechless because their tax dollars actually go to these schools. And New Jersey school leaders do not like LIFO because they want to make their own decisions regarding their own communities, not Trenton. Our country is not divided on this issue either, which is why the great majority of states have devalued the statute in recent years. There are now only 10 other states that administer LIFO.

The LIFO debate should be an issue that helps bridge the many divides we see in New Jersey’s education system. Replacing it is common sense and a solid opportunity to work together to modernize our school districts. And the six parents that brought this issue to the forefront should be celebrated for telling their stories and sharing their aspirations.

Unfortunately, this is a discussion we will not have in the courts.

Rather than hearing the fair argument of these six Newark parents, thanks to the work of the NJEA’s well-compensated lawyers, who likely have never set foot in a Newark school, their voices were squashed and their concerns were dismissed.

It is not lost that the state government that dismissed their case, at the urging of the NJEA and other teacher unions, is the same government that has controlled their school district for decades, having removed local control.

These parents have watched their public schools crumble before their children’s eyes. They have put up with the largest number of ineffective teachers in the state. They fight every day to ensure their kids can escape the school-to-prison pipeline that has claimed far too many. They yearn for their voice to be heard. And, most of all, they just want change.

They chose this LIFO fight to bring people together, with the hope that basic common sense would be more important than defending a failed status quo.

Change can be scary, and the reaction by the NJEA leadership of mass spending and influence-pushing are tactics based on fear.

Luckily, the number of parents, like the six who are fighting to have a discussion on LIFO, is growing. It is time for the NJEA to realize that defending failed policies, like LIFO, does not help our kids or even the teachers who pay their dues. While the NJEA may have tens of millions to spend each year, eventually they will realize that all the money in the world cannot deny the passion of a parent to fight for their child’s future.

Matthew Frankel is the founder and CEO of MDF Strategies, a communications, messaging and engagement firm. He served as an adviser to the six parents who brought the LIFO lawsuits to the New Jersey courts. 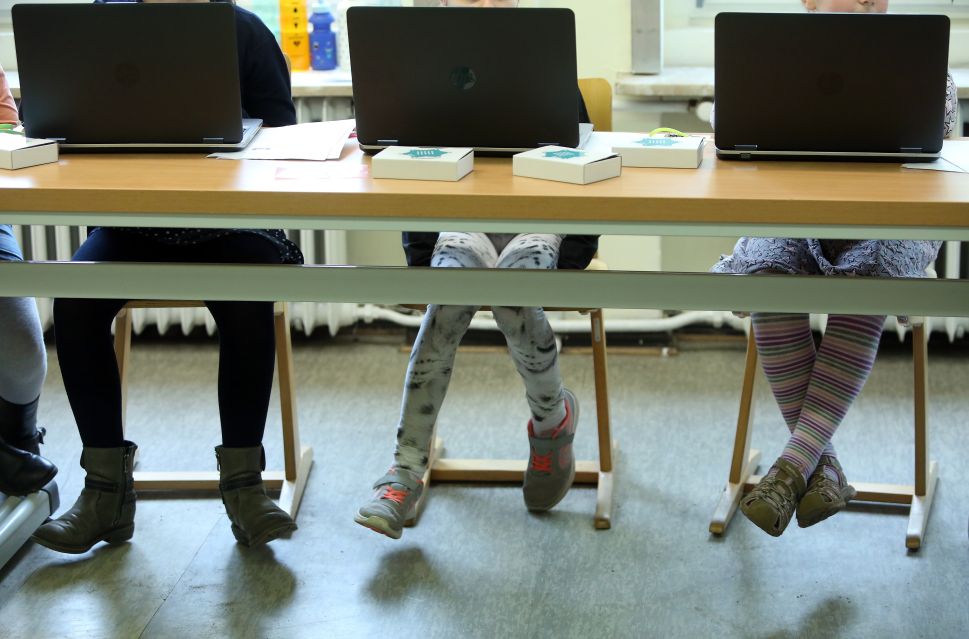