All through college I heard that Hemingway hated women. Most professors dismissed his female characters as male fantasies, insubstantial, dependent on men, etcetera. But I had a different experience reading Hemingway. The author I encountered sympathized deeply with all people, women included.

Though I have my own reservations about the macho, photo-op persona he embraced in middle-age—machine gunning sharks, swilling from a bottle, grinning next to a conquered marlin or lion—the younger Hemingway, in his early twenties, had a kid-like vitality and art-loving exuberance that were enormously appealing.

A rapt listener and watcher, a student of people and books and Paris museums, Hemingway wanted to write like Cézanne painted. And he was more tolerant than is commonly known. Despite his conservative upbringing, he was open to lesbianism—a student of Gertrude Stein and a friend to Sylvia Beach. He boasted and told lies, sure. But the bragging was harmless. Instead of explaining the true nature of his leg wound—received as a Red Cross ambulance driver in WW1 Italy—he told of leading crack-shot Arditi troops through the mountains. Playing Hemingway in Midnight in Paris, Corey Stoll humorously captures the young writer’s tendency to exaggerate.

But no matter the persona Hemingway embraced at any given time, the hat came off when he sat down to his typewriter. He had a gift for capturing people and experience on the page, so that the reader felt it too—a technique he called “The way it was.”

In his first novel, The Sun Also Rises, Hemingway brings to life one of his greatest heroines, Lady Brett Ashley. Like most people, Brett is strong and weak, dependent and independent, according to the circumstances. Though she’s in love with Jake, he suffered a war wound that renders him incapable of sex. Therefore she strays. She goes off with men for a night or a weekend, seeking sex, comfort, or a little money—first with Cohn, then with Romero. All the while she’s engaged to bankrupt Mike Campbell, knowing his family will provide her with an income.

Without a doubt, Brett depends on men. But it seems a quarrelsome, nitpicking game to berate a character for her failure to measure up to some English department myth of never-ending strength and independence. Whenever I hear yet another prof calling for “strong, independent female characters,” I panic a little bit. I want to leave the building. It’s the same feeling I have when certain energetic Christian professors discuss great books. What might they say about Brett? Can she be described as a Christian, after all that boozing, promiscuity, and the likely abortions?

Literature is about how people really are, not how they’re supposed to be according to some narrow view. The opinions of excitable political and religious scholars matter very little next to the readers of the world, and Hemingway’s books remain international best sellers. Meanwhile, the thousands of books flying out of English departments each year go unsold—the legacy of each one amounting to an unclicked hyperlink on a resume.

In fact, Brett is a vivid and fully realized creation. Illusive and ambiguous, she wears a man’s hat and crinkles the corners of her eyes when she smiles, often hiding her intentions or trying to. “Brett pulled the felt hat down far over one eye and smiled out from under it.”

She’s also funny. When her friend the Count tells her, “You got the most class of anybody I ever seen,” she replies, “Nice of you…Mummy would be pleased. Couldn’t you write it out, and I’ll send it in a letter to her.”

Brett dazzles men and refuses each one in turn. Neither virtuous or very nice, she’s all the more desirable given her inability to settle down.

Her appeal to Jake is staggering. “Brett was damn good-looking. She wore a slipover jersey sweater and a tweed skirt, and her hair was brushed back like a boy’s. She started all that. She was built with curves like the hull of a racing yacht, and you missed none of it with that wool jersey.”

Written from the point of view of a man in love with a beautiful woman, the novel is, well, masculine. But there’s nothing misogynist about the book—unless “gender-normative” sexual attraction itself is considered misogynist, as it probably is, on most campuses. This bizarre likelihood, however, is far more offensive than any line Hemingway ever wrote.

After the success of this novel, Hemingway went on to publish A Farewell to Arms. He follows the love affair between Fredrick Henry and Catherine Barkley in the Italian front during WWI. He’s an ambulance driver and she’s a V.A.D. nurse.

On their second date, Frederick, not yet in love, pursues her as a sexual diversion, and finds her “a little crazy” when she attaches too quickly.

“I held her close against me and could feel her heart beating and her lips opened and her head went back against my hand and then she was crying on my shoulder.

“What the hell, I thought. I stroked her hair and patted her shoulder. She was crying.

Then on their third meeting: “‘Say, I’ve come back to Catherine in the night.’

“‘I’ve come back to Catherine in the night.’

I’ve heard Catherine’s romantic language ridiculed in the classroom and out of it—unfairly so. The lines are easy to pluck out and recite with breathy feminine servitude. Her weepiness and desperation, though, have nothing to do with any “feminine weakness” or “male fantasies.” Catherine lost her fiancé in the war and has tended to maimed and dying young men as a nurse, enduring it all alone in a foreign country—an experience that would leave most people shaken and seeking closeness.

Later, when Frederick returns wounded from the front and in love, he uses the same language as Catherine. “‘You’ve got to stay. They can’t send you away. I’m crazy in love with you.’”

They speak like people in love, by no means a feminine habit. And Catherine reveals her mental fissure in clear terms for the first time.

Catherine says, “‘And you’ll always love me, won’t you?’

“‘And the rain won’t make any difference?’

“‘That’s good. Because I’m afraid of the rain.’

“‘All right. I’m afraid of the rain because sometimes I see me dead in it.’”

If Catherine is a little crazy, her disturbances are born out of a more terrible experience with war than the younger, less experienced Frederick. Therefore her psychological depth and inner richness surpass Frederick Henry’s. In A Farewell to Arms, it’s Catherine who is the quintessential Hemingway hero, the one who carries a great inner wound with grace.

Hemingway crafted one of his most haunting passages for Catherine Barkley: “If people bring so much courage to this world the world has to kill them to break them, so of course it kills them. The world breaks everyone and afterward many are strong at the broken places. But those that will not break it kills. It kills the very good and the very gentle and the very brave impartially. If you are none of these you can be sure it will kill you too but there will be no specially hurry.”

Many other Hemingway women cut unforgettable shapes: Marita, The Garden of Eden; Pilar, For Whom the Bell Tolls; “the girl,” “Hills Like White Elephants;” Gertrude Stein, A Moveable Feast: The Restored Edition. Hemingway didn’t especially love women—he cared about people. And he respected his best characters by giving them human life on the page, each one a startling individual, as real as anyone we know. 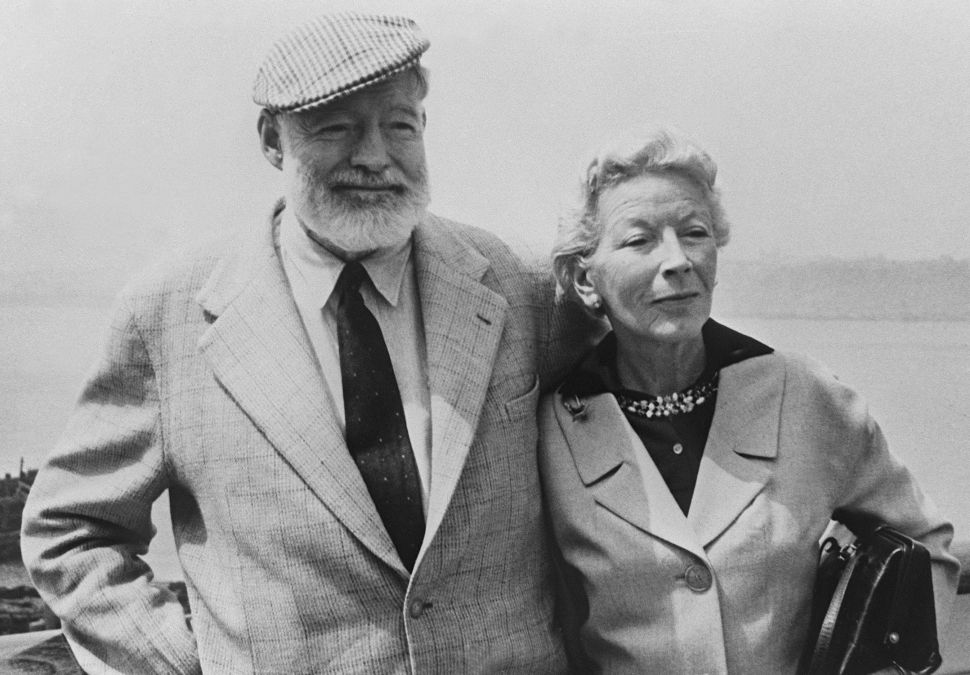