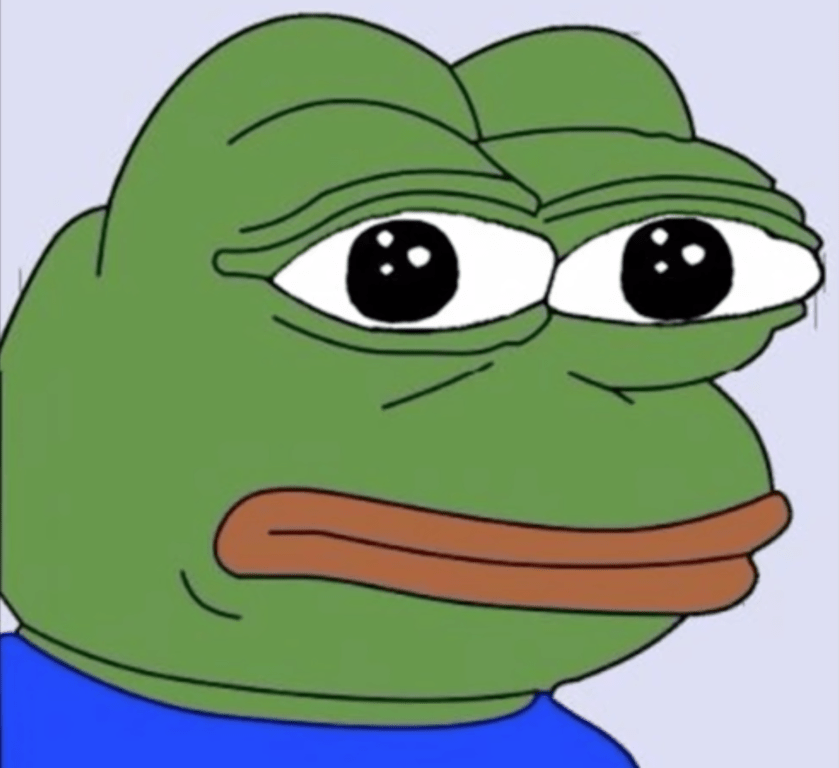 May he rest in peace.
Wikimedia Commons 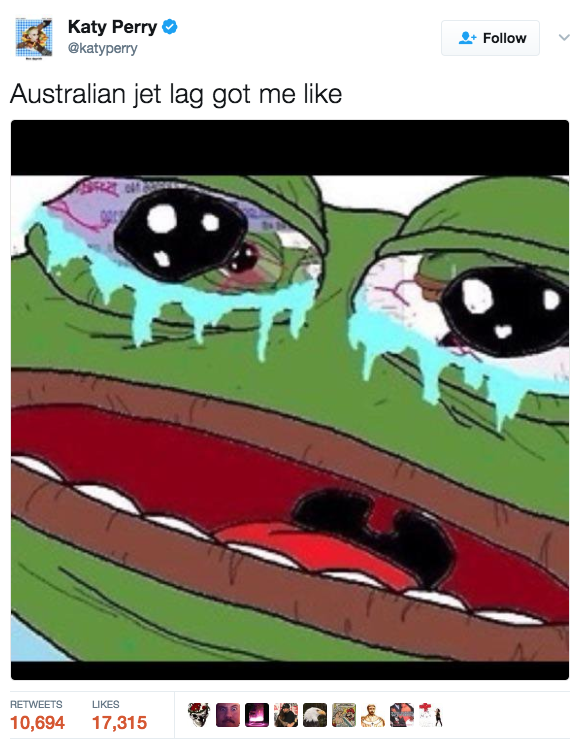 1. Pepe stars in Katy Perry's "Australian jet lag got me like"

On November 8, 2014, Katy Perry tweeted a Pepe crying to express anguish over some especially terrible jet lag. Over the next three years, the tweet received more than 17,000 likes and 10,600 retweets. 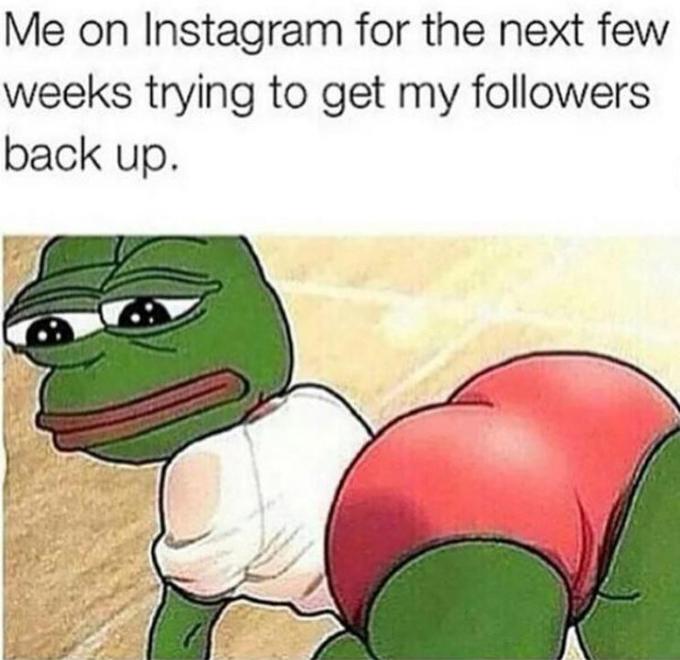 On December 18, 2014, Pepe starred as Nicki Minaj in the rapper's own Instagram post. In the meme, Pepe is depicting Minaj bent over with her booty in the air as part of an attempt to gain more followers. 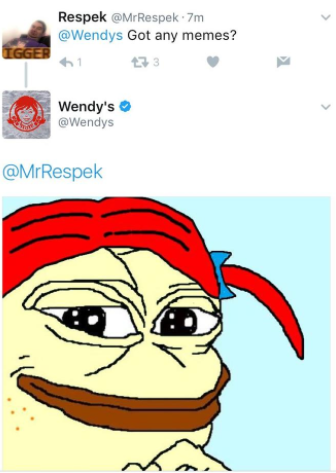 In 2017, Wendy's took Twitter by storm with regular doses of snark and frequent burns aimed at its haters and fast food chain competitors. In one reply to a user in search of memes, Wendy's cast Pepe. 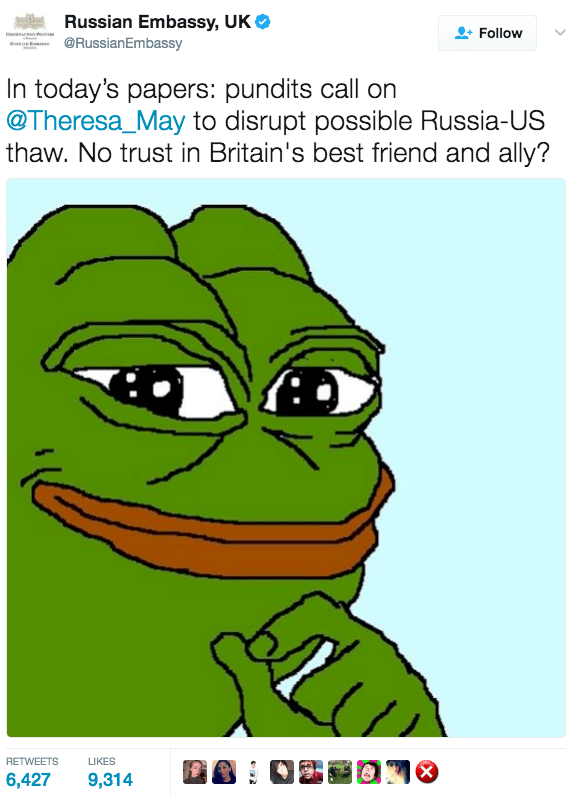 On January 9, 2017, the Russian Embassy in the United Kingdom hired Smug Pepe to appear in a tweet reacting to the news about an upcoming meeting between British Prime Minister Theresa May and then President-elect Donald Trump. 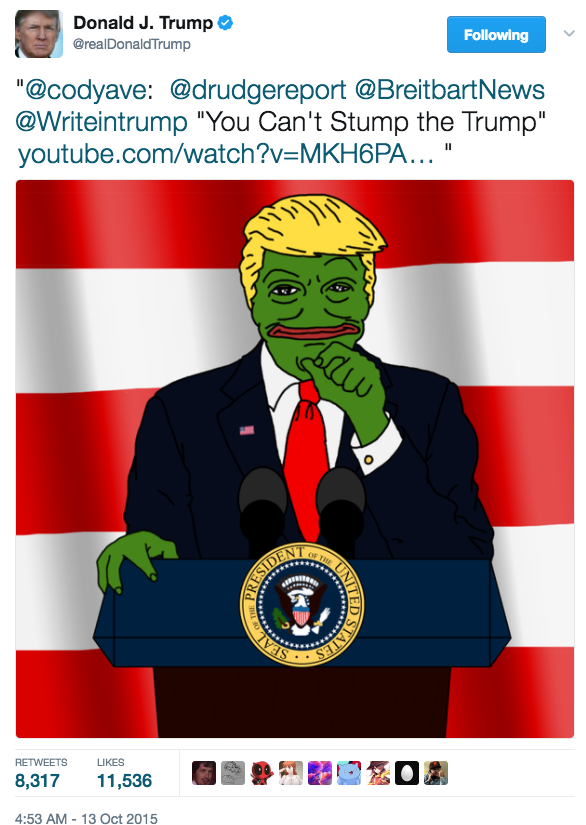 While this role did indirectly contribute to Pepe's death, it's undeniable it was one of his biggest. On October 13, 2015, Pepe starred as Donald Trump in the Republican candidate's own tweet. 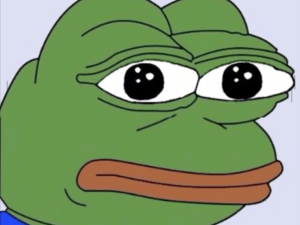 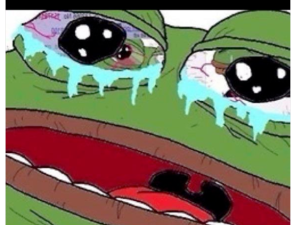 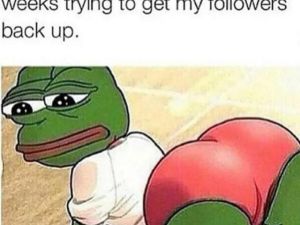 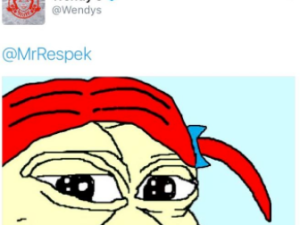 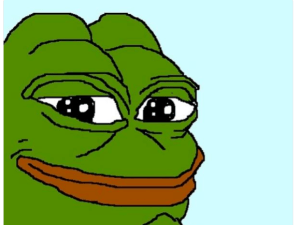 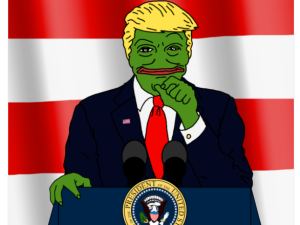 Pepe the Frog is dead.

His own creator killed him off this past Saturday to save him from the alt-right, which hijacked the anthropomorphic frog as their own during the 2016 U.S. presidential election. In a final single-page comic, Matt Furie depicted Pepe in a coffin, surrounded by other members of the Boy’s Club family (the original series he drew Pepe for back in 2005).

Since the drawing was released over the weekend as part of Fantagraphics’ Free Comic Book Day, obituaries—perhaps the first ever written for a meme—have been published in honor of the deceased internet icon. To honor Pepe in our own way, we’re rounding up some of Pepe’s shining moments.

From playing Nicki Minaj to be cast for a Wendy’s internet ad campaign, flip through the slides to read about five of Pepe the Frog’s biggest roles.