In October 2016, the New York Times‘ editorial board published an op-ed that described the roughly 4,000 “waste lagoons” of pink sludge scattered across eastern North Carolina. The bacteria from these lagoons have been known to pollute groundwater and surface , permeating nearby communities with noxious fumes. The board writes, “People living near these lagoons are at increased risk of asthma, diarrhea, eye irritation, depression and other health problems.” A 2016 report conducted by Julia Kravchenko from the Duke University School of Medicine found links between exposure to waste from hog farms and acute blood pressure increase, impaired neurobehavioral and pulmonary function. Her report also discovered carcinogenic effects induced by chemicals from hog farming waste.

“Hog farming is an unnecessary evil that is destroying formerly beautiful North Carolina from the inside out, just as it does to the people who eat the pigs flesh and live by the farms,” Kip Andersen, director of the documentary Cowspiracy, told the Observer, referring to waste from the farms and the carcinogenic properties associated with foods like bacon. In his latest documentary, What the Health, Andersen interviews several locals in Duplin County, North Carolina, where many of these waste lagoons reside, and hogs outnumber residents 40 to one. “My dad lives there, and I just can’t imagine anyone knowingly partaking in this horrific industry in anyway.”

In What the Health, Andersen speaks to Duplin County resident Rene Miller. She says, “My sister, she has asthma. Her brother (she points to a baby she’s holding), he has asthma. He’s three, and we don’t know yet what she has. I have asthma… I have sarcoidosis from bacteria. And I have a pacemaker, which is sick sinus syndrome. Mostly everybody in this neighborhood got asthma or even cancer. My neighbor there died from cancer probably just last year. My nephew down the street, he’s got cancer. He’s in terminal cancer stage four. Not a smoker, not a drinker. And it’s not in his lungs. It’s in his lymph nodes.” She continues, “If you live here and saw what they do, you will eat no pork. We don’t eat bacon because I know what it comes from. When they die, they go into a box, and they decompose because they swell from, especially from the heat. A truck comes and picks them up, takes them to the processing plant in Roseville, grounds them up into feed, and feeds them back to the hogs.”

Twenty-five percent of Duplin County residents are black, and over 20 percent are Hispanic. An analysis conducted by WaterKeeper Alliance found that out of 2,246 pig concentrated animal feeding operations in the state, only 12 have been required to obtain permits under the Clean Act. The rest operate under lax state permit guidelines. A 2014 study conducted by University of North Carolina at Chapel Hill found that black people are 1.54 times more likely to reside near these hog operations in North Carolina than white people, Hispanics are 1.39 times more likely, and Native Americans are 2.18 times more likely.

A class action lawsuit was recently filed by nearly 500 residents, mostly members of affected African American communities in eastern North Carolina, against Murphy-Brown, North Carolina’s largest hog producer, for disposing pig waste by spraying it untreated into fields near those communities. The lawsuit is making its way to federal court at the same time North Carolina’s state legislature has been pushing through a bill to further ease regulations on hog operations. “I’m not surprised there’s been a lawsuit,” said Duke University Law Professor Ryke Longest. “I’m surprised it took so long for one to be filed.” 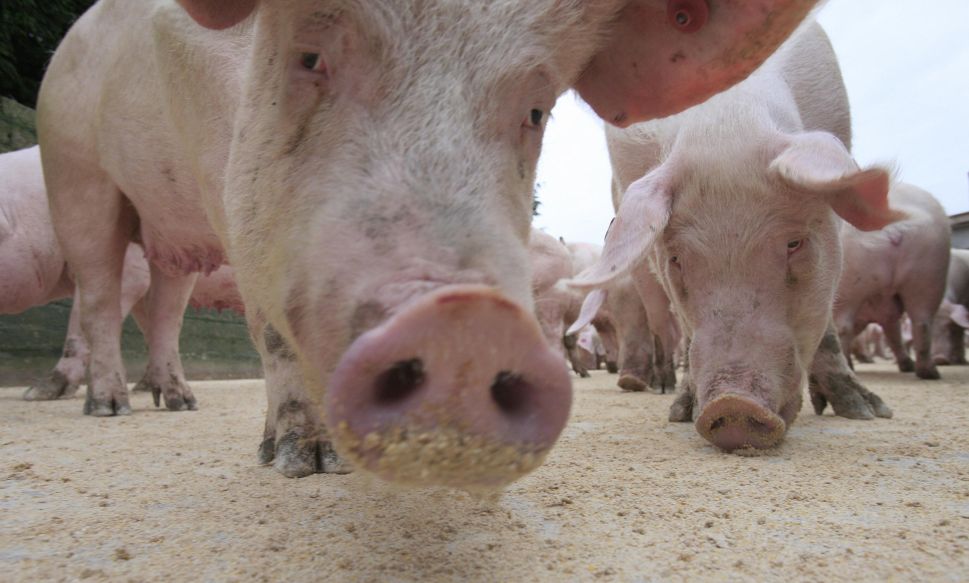