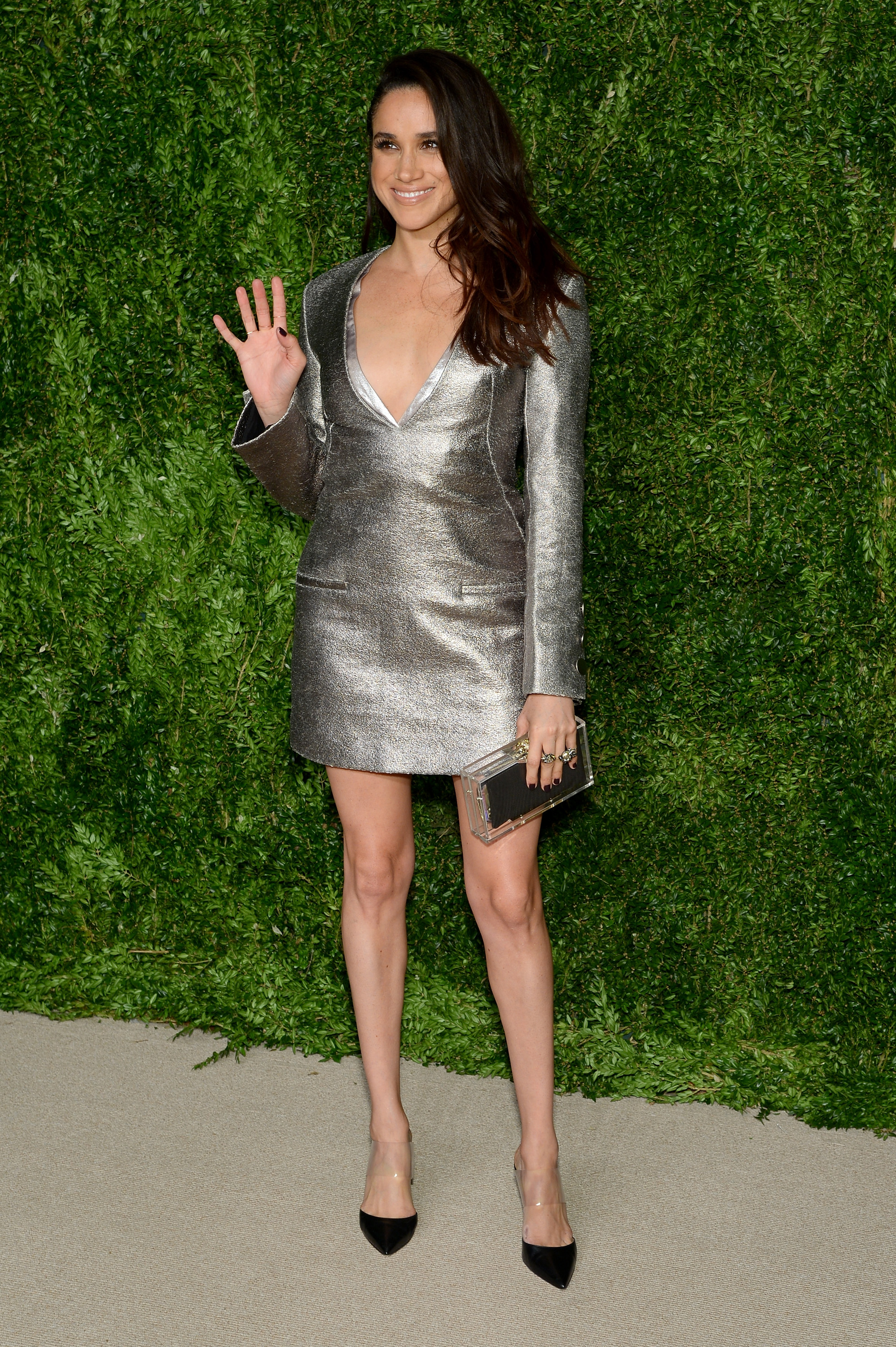 Meghan Markle wasn’t invited to Pippa Middleton’s wedding because of an archaic “no ring, no bring” rule. Then Pippa changed her mind (sort of) and invited her to the after party. Was she now being a little nice, or just a little less bitchy? Was she worried Meghan would steal her thunder, just like Pippa tried to steal Kate’s in that slinky, white maid-of-honor number? And what will poor Meghan do sans Prince Harry during the wedding ceremony? Cry? Whip herself? Take a bubble bath?

Having succumbed to tabloid fever, I stumbled on the Daily Telegraph’s article, “Meghan Markle should tell Pippa where to stuff her toaster.”

In the comment section, Annie warned, “Pippa forgets…one day she (Meghan) may be waaay ahead of her on the ladder….Not a great start.”

Stephen wondered, “Might it be jealousy because one is very attractive and the other is very ordinary?”

Michelle disagreed, “Their wedding, their rules, their choice…” Wait, was that a prochoice pun?

But Rudy really hit it home: “I don’t have an opinion on it, and I feel great!”

With wedding season now in full swing, I can only hope women put aside their insecurities and are kind to each other. How often does bridezilla insist her bridesmaids wear and pay for sad, shapeless sacks while she gallops off in a Vera Wang? Yes, it’s her day, but must everyone else suffer?

I have lost multiple friends over weddings and petty jealousies. This may be why my life isn’t exactly Sex and the City. It’s hard to maintain female friendships let alone four bffs who conference call and have drinks together—like, every day. It’s great for TV (each friend, an archetypal aspect of oneself—from slut to prude, etc.), but eventually, it’s all-out pussy war when someone gets engaged.

I had a friend who was so offended I couldn’t afford to attend her destination wedding that she took it upon herself to reallocate my funds, suggesting I skip getting my hair highlighted for the month.

I was like, “Bitch, please, I’d get my Marie Robinson highlights over eating food, let alone go to your wedding.”

Well, no, I didn’t actually say that. I apologized profusely and prostrated myself, confessed I was fiscally irresponsible and would make it up to her. But as coincidence would have it, on the day of her wedding, I had my mousey blonde hair transformed into a beautiful, buttery gold.

Shortly thereafter, she left a strange comment under a summer bikini shot on Facebook. “So glad your using your Vassar educated mind to spread this vapid crap! Your [her spelling, not mine] better than just tits and ass!”

Sure, my beach selfie wasn’t coming from the deepest part of my brain, but I never professed to be a genius or a saint. In fact, I almost responded, “Beware, because this vapid writer might pen something cruel with her tits!” Instead, I erased her comment, and then she blocked me. 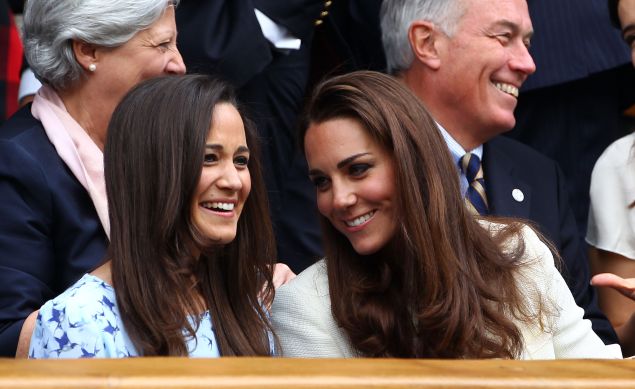 My first kiss was a dare, subsequently clouded by the jealousy of another girl. I was 17 and hanging out with a bunch of cool kids in a loft with a giant swing. One of the guys thought it’d be a great idea if I kissed a girl. “No, I’m good,” I told the already riled-up crowd.

So I kissed her eventually because, what can I say, I have a pleasing problem—as in pleasing and appeasing others—not a lovely or enjoyable problem. This girl’s lips were warm and nice. I gave her my whole mouth, and she was gentle. She pulled me into her arms and, all too suddenly, pushed me away. The cool kids chanted my name like I was a celebrity.

That’s when a mean girl pried me from my glory and whispered that I had kissed a whore. She had slept with half of New York City. Half! She told me I was going to get mouth herpes. Mouth Herpes! She brought me to the bathroom and held out a bar of soap. The thing the about soap in your mouth is it really stings the back of your throat. Chunks get stuck in your teeth, your eyes , and as you heave, you wonder if the burn is from the soap or your shame.

“That’ll do the trick,” she squealed and laughed at me.

Envy. Rage. Aggression. The worst is when another woman sees your success as her failure and your beauty as her pain. Maybe you’ve sensed it. Your presence irritates her. Then one day she leans over and shoves you out of the way so she can get the attention. Or maybe she accuses you of flirting with her boyfriend. Or maybe she insults you under the guise of constructive criticism, and you find yourself thanking her as you shrink away into yourself, negating your very soul.

Why don’t more women build each other up? Evolutionary psychologist David Buss found that on a biological level, intra-sexual competition has two primary forms: self-promotion and competitor derogation. Women tend to promote their attractiveness and youth to potential mates, while men tend to promote their physical abilities and economic status. But feminist psychology states female competition primarily stems from the internalized male gaze and the patriarchy and that woman have succumbed to what Karl Marx called “false consciousness.”

In Psychology Today, Noam Shpancer wrote, “According to Marx, a factory worker who’s convinced that his enemy is another worker looking for a job has false consciousness because he does not understand that the true enemy is the owner of the factory, who sets workers against each other in order to subjugate them both and get rich on the value of their labor. Many women according to his argument, refuse to see that the real threat to achievement, power, value and identity are not other women, but the male establishment establishment that controls their lives.”

Envy is ugly, incessant and destructive. It’s like a mosquito bite. You want to keep itching it. But you don’t because if you do, the skin bleeds. What once was an urge is now a ripe wound. There will always be competition, and no one can avoid jealousy, but it doesn’t have to be acted on. This new trend of “telling it like it is,” allowing your base emotions to bubble up in the name of truth, is just a sorry excuse to scratch the itch.

Despite certain female tensions, I am grateful to know incredible, inspiring women. The men I have dated have come and gone, but it is the steadfastness and the love of the women in my life that have been my backbone. Inevitably there are twists and turns in any friendship, but ultimately, if you can open your heart to her without fear of judgment, if you can both shine without tightness in your chest, if you can give and receive without tallying up the favors, and if you really like her, then guess what? She’s a keeper!

But now for the real conundrum. What will Meghan Markle wear to Pippa Middleton’s postnuptial evening ceremony? I, for one, am hoping it’s something big, bright and beautiful. 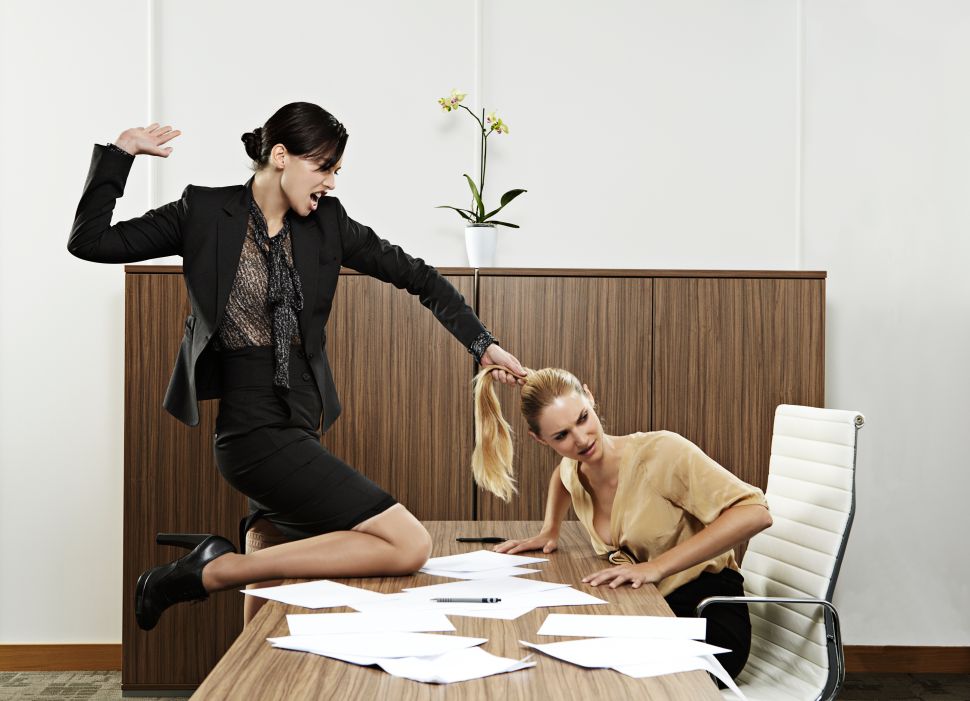