President Donald Trump has been under immense scrutiny in recent days over his firing of FBI director James Comey—members of Congress are criticizing him on Twitter, and his staff is literally hiding in the bushes to avoid reporters.

But today, the Trump conversation pivoted to another controversy—and this one was much funnier.

Last week the president gave an interview to The Economist about (surprise) his economic policies. The magazine released a transcript of that interview today, and one particular exchange from it went viral:

We interviewed Donald Trump. He tested our knowledge of econ-jargon. pic.twitter.com/NIuubSy8vj

That’s right—President Trump told the editors of The Economist that he had coined the phrase “priming the pump.”

The phrase 'priming the pump' dates to the early 19th century.

'Pump priming' has been used to refer to government investment expenditures since at least 1933. https://t.co/VfkGwwzZRC

.@MWforLearners Not sure where a word or phrase comes from?

The internet in general had a field day as well—journalists noted that Trump had actually talked about “priming the pump” in interviews last year:

Trump tried to tell THE ECONOMIST that he invented the phrase "priming the pump." Seriously, Trump is a bigger idiot than W. Bush ever was. https://t.co/QK9May289N

TRUMP: Have you heard this phrase before?
ECON: Yes.
TRUMP: I just made it up.
ECON: But…
TRUMP: No one's ever heard it before. https://t.co/NHGRrSiykd

Ever heard "electing a semiliterate fool of a grifter"? I just came up with that. Just now. It's mine. https://t.co/eqoMOIEt4z

This is even funnier than his groundbreaking research on the causes of the Civil War. https://t.co/COXpjVH026

Trump says he invented the phrase "prime the pump" just "a couple of days ago." So, of course, here he is saying it in 2016. pic.twitter.com/J645Jizmba

Think about this for a second. Someone who brags about going to Wharton tells The Economist he came up with the phrase "prime the pump."

Of course, the fact that Trump is talking about “priming the pump” at all implies that debt and deficits will rise during his presidency, which runs counter to his campaign promises. But he claims this approach will lead to economic growth in the long run. 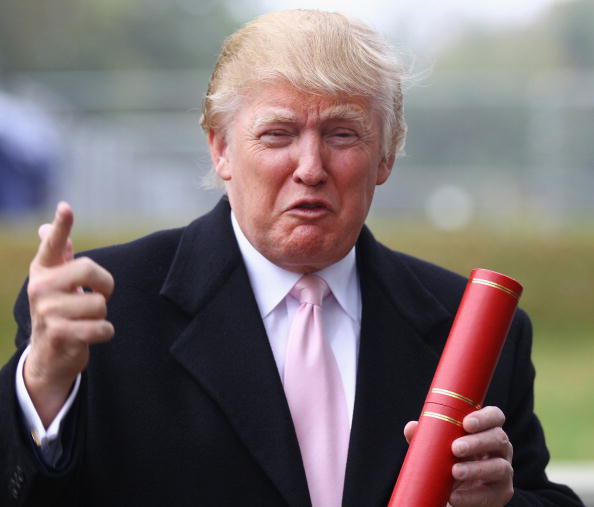