There is a problem in public discourse on the topic of Islam. The problem is we can’t talk about the problem.

Dare to inquire about the connection between Islamic doctrine and violent behavior and you’ll enter a battle—not a battle of ideas, but a battle of labels. With each grisly new attack, there’s a torrent of reaction. The far-right spews hate. The far-left cries bigotry. Politicians investigate if the attacker was a “lone wolf.” As details unfurl, we hear this person was isolated, misguided, deranged, evil and a loser. Missing from the sound bites is a critical analysis of the role of Islamic ideology.

There is an urgent need for an open discussion about Islamic extremism. We need smart platforms to lead public conversation out of profound moral confusion and into informed debate.

The Australian based initiative Think Inc., founded in 2013 by Suzi Jamil and Desh Amil, has stepped up to this task. Their goal is to promote rational discourse around big, incendiary ideas. They stage open discussions with prominent intellectuals like Neil deGrasse Tyson and Jane Goodall. They are producing a documentary on Islam as a catalyst for these discussions.

The documentary goes by the title of the book Islam and the Future of Tolerance, which is coauthored by Sam Harris and Maajid Nawaz. The goal of the documentary is to clear up the confusion that stalemates public conversations: the contrast between Islam and Islamism; distinctions between political, revolutionary and militant Islamists; the global reality of Jihad; and Nawaz’s own seduction into and subsequent disillusionment with an Islamist organization.

Think Inc. recently hosted Sam Harris, a neuroscientist and acclaimed author, and Maajid Nawaz, founder of U.K.-based counter-extremist foundation Quilliam, in a series of discussions and Q&A sessions with members of the Australian public. The discussions included members of Muslim organizations. Think Inc. is producing a documentary about this conversation.

“The goal is to empower groups with an opportunity for discussion that leads to understanding,” says Jamil. “It’s not about cutting people off.” Her grassroots efforts to reach out to Muslim communities in Australia with invitations to the events garnered mixed response. Jamil estimates that 20 percent directly stated disapproval for these discussions. Some asked to meet the speakers behind closed doors and others attended an event to stand and say, “I am with you.”

The platform Think Inc. has created could be the missing compass needed to navigate these sensitive, powerful conversations. The documentary Islam and the Future of Tolerance will screen internationally, including in Muslim majority countries.

“We want this to be a film that makes a change based on solutions from intellectuals in the film like Harris and Nawaz,” says Jamil. There is a need to challenge intellectual comfort. If we are too scared to talk about ideas, then we can’t overcome the shadows.”

The film promises exploration of these crucial questions: Is Islam a religion of peace or war? Is it amenable to reform? Why do so many Muslims seem drawn to extremism? It is also a portrait of an unlikely friendship. Two public intellectuals previously at odds are now allied to face uncomfortable truths together.

It is a testy climate for those who question the beliefs of Islam and see a connection between these beliefs with terrorism. Those who speak openly of Islam are often met by predictable reprisals: accusations of racism and bigotry and a Twitter storm peppered by the word “Islamophobia.” The term equates racism and xenophobia with criticism of the ideas of Islam, and this creates a huge barrier to meaningful discourse. Many seem to confuse criticism of religion with an endorsement of racism. Any attempt at a rational, serious discourse is stymied before it begins.

“Political correctness is stunting the far left,” says Jamil. “Not having a conversation is more divisive because we allow the far right to take charge. We need a centrist conversation.”

Confusion around this topic cuts deep. Nawaz appears on a roster published by the Southern Law Poverty Center that identifies anti-Muslim extremists. This is despite Nawaz’s well-publicized identification as a liberal Muslim. He is considered by many progressive intellectuals to be a courageous reformer because he is targeted by extremist groups for publicly pulling back the curtain on their ideologies and strategies. Nawaz has publicly stated he is seeking recourse for the SLPC accusation.

Harris, too, fights against the reactionary characterization of his criticisms as “anti-Islam.” For example, Ben Affleck told Harris his ideas were racist during an exchange on Real Time with Bill Maher. Once again, the avenue to discussing the incompatibles of Islam with 21st century liberal ideals was shut down.

Think Inc. and the documentary will continue to engage with both press and public to challenge people to move from knee-jerk reactions to constructive dialogue.

For an open society to thrive and for human rights to flourish, it is our duty investigate our moral confusion. 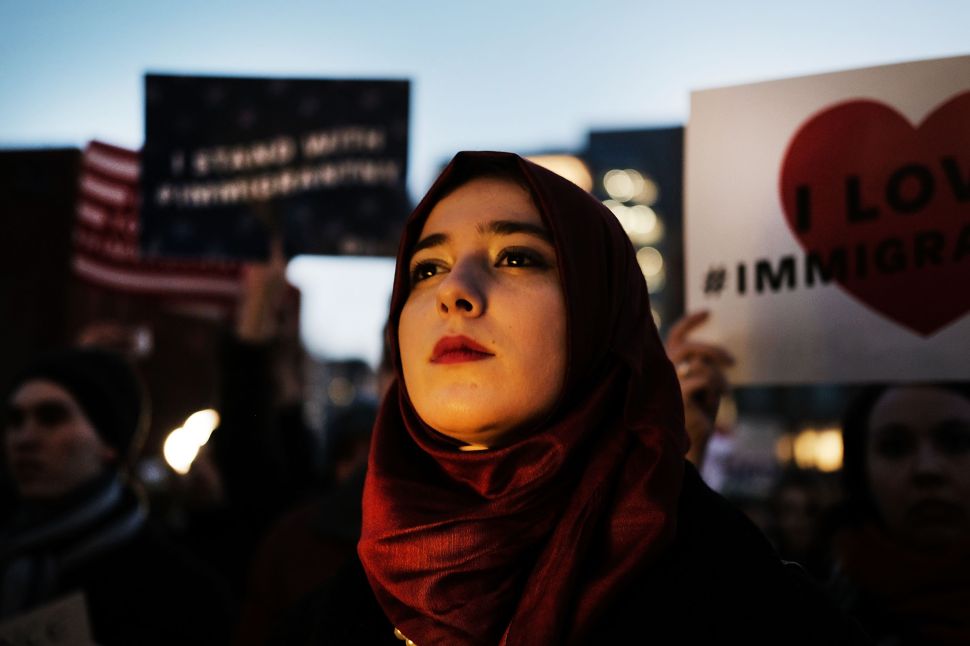