The Puerto Rican governments’ court filing for restructuring on May 3 will start a new chapter in the horror story that will create a financial tsunami that will reach the U.S. mainland. While many objective financial gurus were not surprised by the filing, for the last year, most involved with the Congressional efforts to solve the problem were wearing rose-colored blinders.

Last summer, Puerto Rico was about to default on the payment of $800 million of bond debt. The Development Bank of Puerto Rico had just run out of money to fund new and existing loans to small businesses. In order to circumvent the U.S. Bankruptcy Code’s oversight in not allowing U.S. Commonwealths to seek Chapter 9 protection and reorganization as was successfully done by Detroit, Congress passed the Puerto Rico Oversight, Management, and Economic Stability Act (PROMESA) to supposedly solve all problems.

Under PROMESA, if an oversight board determines that the local government has engaged in good-faith negotiations with creditors, then Puerto Rico can pursue a court-monitored restructuring of its public debts. To use a worn cliché, this will be easier said than done. If it is accomplished, it will leave in its wake many injured (some mortally) financial instructions, local businesses and the citizenry as well.

Over the last several years, the storm has been brewing. When Congress eliminated the tax advantage for pharmaceutical manufacturers and others to operate facilities in Puerto Rico, many trained factory workers were forced into unemployment. As a result of that and the worsening financial condition of the Commonwealth, many professionals and skilled workers fled the island for the U.S. mainland to seek employment. This further deteriorated the tax base and mired the island in unemployment and dwindling business tax revenue. When the new governor sought to solve the cost of overstaffing of the government, he laid off one-third of the government workers. But, it was not anticipated that these laid off workers would be entitled to unemployment benefits almost equaling their compensation while working, This created an even greater burden on the government.

The large bond debt was created as a result of the triple tax exemption for the bonds and their high interest. U.S. institutions and funds for retirees jumped at the opportunity to purchase and hold “safe” municipal bonds where the income was tax-free and that carried an above-market interest rate. More importantly, when the bonds were issued by the Puerto Rican Government, local banks and credit unions were required to purchase the bonds for their portfolios. Government officials gave little or no thought as to how the bond debt would be repaid or how the interest obligation would be serviced.

PROMESA was needed to deal with the clash of the institutional bondholders—most from the mainland U.S.—who claimed that their bonds had priority in payment, which, if honored by the government even in part (there was no way to pay them off in full), would be insufficient cash to run the government.

While the provisions of PROMESA created breathing space for the government, it could not solve the inherent problems. With the exodus of many businesses and professionals, industry on the island slowed while at the same time the need for government assistance to the residents increased greatly.

Almost within hours of the court filings, the battle lines were formed. The restructuring plan provides for the payment of operating expenses before the payment of what are claimed to be secured and priority bonds. The plan purports to reduce spending by $951 million and raise revenues by $924 million in 2018. Over the next 10 years, it is also to cut $21.4 billion in spending and raise an additional $13.9 billion in revenue.

On May 4, two insurers of the Puerto Rico bonds sued claiming that the plan violates Puerto Rican law and a clause of the Puerto Rico Constitution requiring “public debt” be paid before other government expenditures. The suit also argues the plan violates the contracts, takings and due process clauses of the U.S. Constitution. This legal issue and those that will certainly be raised by other creditor groups seeking a greater piece of the dwindling pie will ensure that the trial and appellate process will be protracted.

What happens in the meantime? The Puerto Rico Government must keep the “lights on” (the government power company is in financial trouble as well), run the government, provide the increasingly-needed social services such as unemployment and health care and try to support the dwindling business operations on the island. In so doing, the bond debt to the local banks and credit unions will remain fully or partially unpaid. If the deposit withdrawal demands increase as expected, these banks and credit unions may need financial assistance from their insurers—the FDIC and the NCUA. This, in turn, will mean a partial bailout by agencies of the federal government.

Civil disorder is brewing according to mainland sources with family scattered across the island. How this will be resolved is unsure. But, it is anticipated that it will get worse before it gets better, and the financial and social waves created by the crisis will extend far beyond the Commonwealth’s borders. 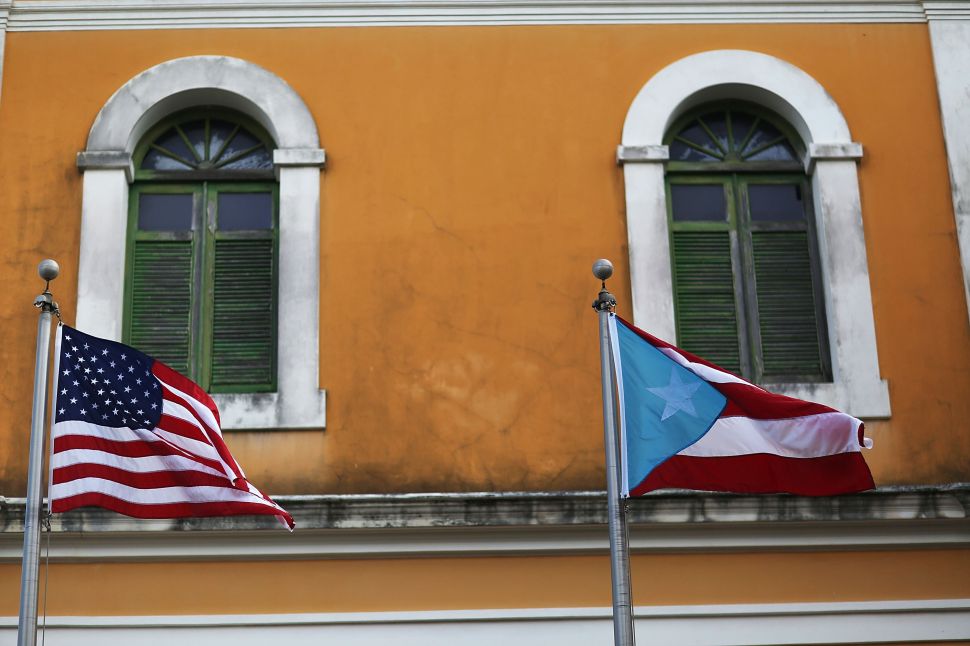