Go get Vermillion by the Continental Drifters.

I was tempted to end my review of Ray Davies’ new album Americana right there.

On their 1999 album Vermillion, the Continental Drifters created a gorgeous, shimmering, evocative invocation of the sprit of an America, an America creaking with the old traditions of the country yet cranky with the steel and smoke of the city. Vermillion reflected the wise point of view of a group of respected working musicians who have seen many Waffle Houses and many hallelujah sunsets, and the album conjured both the shadows of the spreading oaks and the sweet stink of tour-bus diesel.

And that’s also what Ray Davies is trying to do with Americana, his brand new solo release. Only he doesn’t do a particularly good job of it.

Mind you, anything is a step up from See My Friends, a staggeringly offensive, transparent and totally unnecessary album that saw Davies joining an utterly random group of artists to sing some of his greatest hits. It was a humiliating, scuttled Korean War-era container ship of a record. Conceptually and artistically, See My Friends was the kind of career low that it’s difficult to get past.

But Ray Davies is Ray Davies! He was the primary vocalist and sort-of leader of The Kinks, the band that was the Beatles of Outsiders, so we are inclined to welcome his return to the studio with Americana, his third true solo album (after 2006’s Other People’s Lives and 2007’s Working Man’s Café; both of these bear relatively little resemblance to Americana, and both have higher highs and lower lows than the new album).[i]

The good news: Americana is an admirably ambitious and perfectly pleasant album (say “pleasant” with a creepy half smile).

If you want to close you eyes and wish that you’re hearing a great album, you may indeed get to that place. But in fact, Americana is a series of (relatively) cheap tricks from a great artist who is making a calculated play to attract a “credible” audience of older, savvy fans who probably go to Jazzfest and McCabes and who want to hear Davies do something harmonious with their Lucinda Williams-loving sensibilities.[ii]

Like many Kinks albums (and Ray Davies records), Americana is thematic without being plotted. All of the songs have to do, more or less, with being a British musician living and working in America. It’s closely related to Davies’ 2013 book, Americana: The Kinks, the Riff, the Road: The Story, but I will admit I haven’t read that.

Faux confessional and faux folksy, Americana is like watching a halfway decent episode of Austin City Limits, or like listening to someone describe a John Doe record that you have no intention of listening to.

But you know what it’s not like? It doesn’t honor the actual experience of American music, not an eighth as much as the beautiful, silly, sentimental, affecting pastiches Davies created on Everybody’s in Showbiz and Muswell Hillbillies.

In fact, although Americana is trying to make a “big” statement about the way a British musician relates to American rock ’n’ roll, “Long Tall Shorty” and “Beautiful Delilah” on the Kinks’ very first album made that statement far more effectively.

What’s rather striking is that lyrically, Davies has completely covered this material before. You want to know about the peculiar challenges of being a working British musician on the road in the United States? He already did one complete concept album on this subject—1972’s magnificent Everybody’s in Showbiz—and 1977’s Sleepwalker was largely about the somnambulism of life on the road and how the power of music still seeps through.[iii]

READ THIS: How Paul McCartney Saved Classic Rock From Extinction

Even though he is making a valiant attempt at faking it on Americana, Davies fails to produce anything genuinely intimate or revealing.

It’s worth noting that his brother Dave continually does the opposite. Throughout his career (both with the Kinks and as a solo artist), Dave Davies has released challenging work that has, as a theme, the artists’ investigation of who he is, who he was, and who he might become, set against a dramatically shifting and often very unexpected musical palette. Listening to Americana just made me want to listen more to Open Road, Dave’s wonderful, deeply affecting new album (done in collaboration with his son Russ).[iv]

At the very least, Ray could have created some emotional tension on Americana by varying the production textures (as he did on all his classic albums). Ray Davies has employed the Jayhawks as his backing band, but oddly, he’s pretty much confined them to a Hootie-on-Benadryl pocket that doesn’t honor the sparks of intensity, rudeness, and tranquility that the Jayhawks have displayed in the past (honestly, the players on Americana sound like any Mellencamp-by-the-numbers alt country band).

With just a few more rough edges and spontaneity, this could have been a much, much more effective package. It’s almost as if Ray Davies is putting a big fat “I ❤ Americana” bumper sticker on his car, but inside the vehicle he’s still listening to Aja.

But here’s something distinctly odd about Americana: the parts are greater than the whole.

If many of these songs were encountered on their own outside of the context of the album, they would seem like a refreshing, low-key return to form (I’ll especially point you to “A Long Drive Home to Tarzana” and “The Invaders”). But within an album, one after the other, the overall effect is cloying and self-conscious and feels like a deliberate grasp for the artistic credibility Davies has largely lacked for the last 37 or 38 years.

Listen, I’m a little appalled to find myself giving an “eh” review to an album by Ray Davies. When you encounter a new album by an older artist of this stature, you have the option of approaching it from a number of different perspectives:

We are naturally inclined to “give a pass” to older artists who have played a big role in our life. Personally, I’m against this; life is far, far too short to listen to crappy Brian Wilson records or mediocre Damned albums. Nevertheless, it is an understandable quirk of our heart that we listen to a new Paul McCartney or Neil Young album with a different set of ears than we listen to a new Sunflower Bean or Alt-J album.

So, how does this album measure against our expectations of a septuagenarian legend?

Americana shows a nice restraint and grasp of concept, and a willingness to step away from the broader palettes of expectation. There is absolutely no trace of the “flapping seal” era of arena crowd pleasing that marred the Kinks’ work in the 1980s, a style that surfaced a little bit on both Other People’s Lives and Working Man’s Café. It sounds like he’s making a real effort to do something significant on Americana, and at least he’s not repeating the disaster that was See My Friends.

I’ll underline this again: See My Friends was a walk of shame, a dumpster fire behind a strip club full of record executives, the kind of misguided-on-every-level catastrophe that’s real damn close to a career killer; when you see that an artist is willing to debase themselves and their work so much, you have to question whether you can ever take them seriously again. Seen in the light of that abomination, Americana is a very, very nice step in the right direction, sort of like Lou Reed releasing New York after Mistrial.

But how does this album measure up against his extant catalog and his legacy?

It’s a nice little burp, far from historic, but not displeasing, and it has tiny little legs, meaning you might still say some nice things about it in a year or two. In that sense, it’s a bit like Kisses on the Bottom (a 2012 Paul McCartney album that was far better than it should have been, but really, who the hell is actually going to pick that particular album to listen to in the future?). Likewise, Americana is notably superior to much of the work the Kinks did between 1980 and 1993, for what it’s worth.

If we came to this album “cold,” with little or no cognizance of the artist and his vast history, would it sustain our interest?

(I call this factor “The Orange Juice Standard.” When I put something on, I often ask myself, “Would I rather be listening to Orange Juice?” I specifically chose the pioneering Scottish post-punk band Orange Juice as the “mean” in this measure, because they are pretty damn good, but neither the best band in history nor the worst one. For instance, if you used a band that was historic and exemplary, like, say, the Velvet Underground, this measure would have little or no meaning; likewise, if you used a band of indifferent quality or who only achieved occasional greatness—say, oh, Toad the Wet Sprocket—this standard wouldn’t be effective. So, after a long process of study, analysis and meditation that took up much of 2012, I determined that the perfect band for this calibration was Orange Juice.)

Would I rather listen to Americana than Orange Juice? No. Not even close.

Having said all that, at the end of the day I wouldn’t necessarily advise against spending some time with Americana. The faux homespun quality is pleasant and can fool you into thinking you’re listening to something that’s actually better than it is, and if nothing else, it’s the antithesis of the tottering, Jenga tower of extremely low expectations that was See My Friends.

But still get Vermillion.

[i] Ah, our first footnote of the day! A glance at Ray Davies’ discography will reveal other “solo” albums. Three of these—The Storyteller (1998), The Kinks Choral Collection (2009) and the deeply troubling and offensive See My Friends (2010)—were re-visits to existing material; and 1985’s Return to Waterloo is the soundtrack to a vaguely interesting Ray Davies-directed movie, most notable for containing one of the first-ever film appearances of Tim Roth. The Return to Waterloo album also duplicates some material on the Kinks’ 1984 LP, Word of Mouth.

[iii] In a future Observer piece, I am going to write exclusively about the Kinks catalog in the 1970s. I bet you can’t wait!

[iv] The author is going to write a great deal more about Dave Davies and his solo work in the very near future. 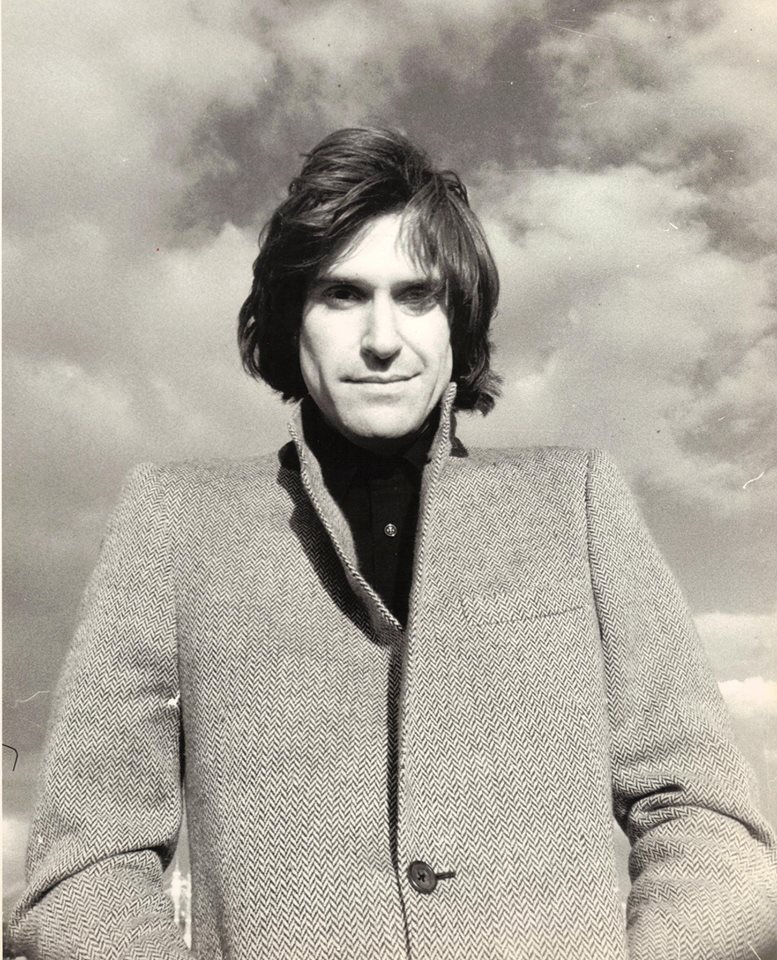