Centrist Emmanuel Macron trounced far right candidate Marine Le Pen in yesterday’s French elections, winning 66 percent of the vote. His victory was seen as a triumph over the nationalism that propelled Donald Trump into office and led to the Brexit vote.

Except, of course, on everyone’s favorite subreddit, r/The_Donald.

The forum, which released a “cuck tracking” Chrome extension and plotted to kill Will Smith, among other schemes, is up in arms over Macron’s election win. And one commenter succinctly explained why:

It was “impossible for Le Pen to win, simply because most people didn’t want her to.” Funny how that works.

To be fair, this redditor is used to the American election system, which utilizes the electoral college—voters choose a slate of “electors” for their state, who are pledged to vote for whichever candidate wins there. As such, there is sometimes a disconnect between the popular vote and the 538 electors. That was definitely the case during the 2016 election, in which Hillary Clinton got almost three million more votes than Donald Trump and yet did not win the presidency.

So Trump fans love the electoral college—indeed, one redditor wrote that France was “fucked, doomed, lost and cucked” because it didn’t use that system.

But just about everyone else prefers the popular vote. This was proven once r/The_Donald’s Macron beef made its way to Reddit’s front page under the heading “Top Mind finds a flaw with the popular vote.” Among the funniest comments:

It wasn’t just on Reddit, either—many commenters on Twitter applauded France for not only using the popular vote, but also holding its election on the weekend so more people could participate.

So the candidate with the most votes becomes president of France? That system doesn't sound complicated enough.

French turnout of 74%, lowest since 1969, would be highest in US election since 1896. Benefits of weekend voting + no voter suppression

The French media also ignored Wikileaks’ email dump of alleged Macron correspondence, since it would “harm the validity of the ballot.” That obviously didn’t happen during the American election.

Of course Macron was gonna win. What kind of incompetent country would fall for an email leak? #frenchelection2017

what if NYT had done this during 2016 campaign; pic.twitter.com/RWfVX6Aq0I

Fittingly, however, Clinton herself got the last word:

Victory for Macron, for France, the EU, & the world.

Defeat to those interfering w/democracy. (But the media says I can't talk about that)

Looks like r/The_Donald’s rhetoric hasn’t fully penetrated the internet yet. 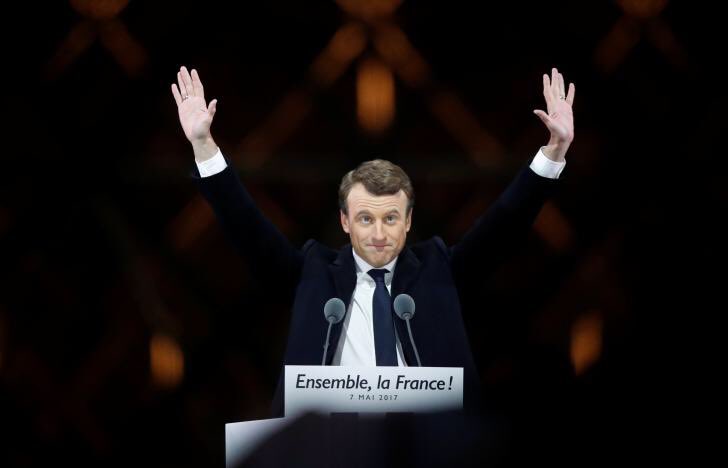