If this is what victory looks like, I signed up for the wrong war.

Might be time for Libertarian-ish conservatives like me to pack my stuff and move back to Massachusetts, and find a job that isn’t a complete waste of time. I spent years at The Heritage Foundation, which just imploded before our eyes, with Sen. Rand Paul. My movement is going backwards, not forwards.

Liberty-minded Americans are losing on health care, the budget, tax reform and sins of omission by House and Senate Republican leaders. Republicans won a historic victory this past fall and the reward has been incompetence and a lack of accomplishments. From Matt Drudge to Rush Limbaugh, to Sen. Rand Paul, the leaders of the conservative and liberty movement are despondent and angry.

Today we received more news of why liberty minded Americans are feeling a descent into a very bad place. A Republican controlled Congress just passed a bill that “repairs” ObamaCare.

Republicans have snatched defeat from the jaws of victory in the healthcare debate. This is Exhibit A in the case that our Republican leaders suck.

After years of promising full repeal of ObamaCare, Republicans seized control of the House, Senate and the Presidency—yet they refuse to complete the promise of full repeal. Some Republicans cry that the filibuster is the problem, but does anybody really believe that if Republicans had 60 votes in the Senate they would revoke the mandate that insurance companies provide health insurance to individuals with pre-existing conditions? Nope. The existence of the filibuster is merely an excuse for Republicans to play both sides of the fence and to keep the core elements of ObamaCare in place.

Republicans have accepted the left-wing premise that health care services are a right that needs to be provided by the federal government. This is an idea that has the stench of socialism and it evidences the fact that Republicans don’t trust free markets to provide services to consumers.

The Hill reported that Speaker of the House Paul Ryan held a pep rally in support of his alternative to ObamaCare, derisively termed “RyanCare,” that sets up a system of subsidies and government mandates that is just a shade less heavy handed than the system set up by President Obama:

Leaders played the “Rocky” theme song as lawmakers walked into the meeting. Majority Leader Kevin McCarthy put an image of George S. Patton on the screen and read inspirational quotes from the general.

“Let’s get this f—king thing done!” Rep. Martha McSally told her colleagues, according to sources in the room.

A better use of the “f word” would be for Republicans to get a “f—king” clue.

Stop being so meek and implement liberty minded policies. I would be pumped if Republicans were rallying to fully repeal ObamaCare—but they aren’t. They are all excited about a bill that fiddles around the edges of healthcare socialism and moves healthcare inches in the direction of free markets. We need miles and we demand full repeal.

The final vote on the bill was 217-213. with 20 Republicans voting “nay;” yet only three of those no votes were for the right reasons.

Exhibit B that Republicans are bad news is the latest budget deal, the “Omnibus” spending bill, that funds the government until September 30, 2017. That bill was loaded with funding for Democratic priorities, yet President Trump’s signature promises went unfunded.

Rush Limbaugh was right when he said this on his show to Vice President Paul Ryan: “Mr. Vice President, why vote Republican? What is the point of voting Republican if the Democrats are gonna continue to win practically 95 percent of their objectives, such as in this last budget deal? There isn’t anything of the president’s agenda in this budget.”

Exhibit C is the debate over tax reform. The Trump tax plan is great, yet the fear is that the squishes who screwed the pooch on repealing healthcare are the same guys in charge of writing a tax bill that will put $11 trillion of taxpayer money back in the private sector. I wrote about this before in the Observer and quoted Grover Norquist of Americans for Tax Reform, who sang the praises of President Trump’s tax plan. I wrote that if Congress were to take up and pass the Trump tax plan, they would make amends with the voters who elected Trump and who are disappointed at the lack of victories.

In the exuberant moments after Trump won and it was clear that Republicans were going to keep control of the Senate, I had visions of full repeal of ObamaCare, Dodd-Frank and Sarbanes-Oxley. I had a few adult beverages and didn’t really believe that Congress would pass these bills—but they should have.

President Trump has put forth a strong budget plan for the next year and has rolled out a tax plan that is awesome. Why can’t Congress try to pass something solid and righteous?

At the rate we are going today, expect minority status for House and Senate Republicans coming soon …. very soon. 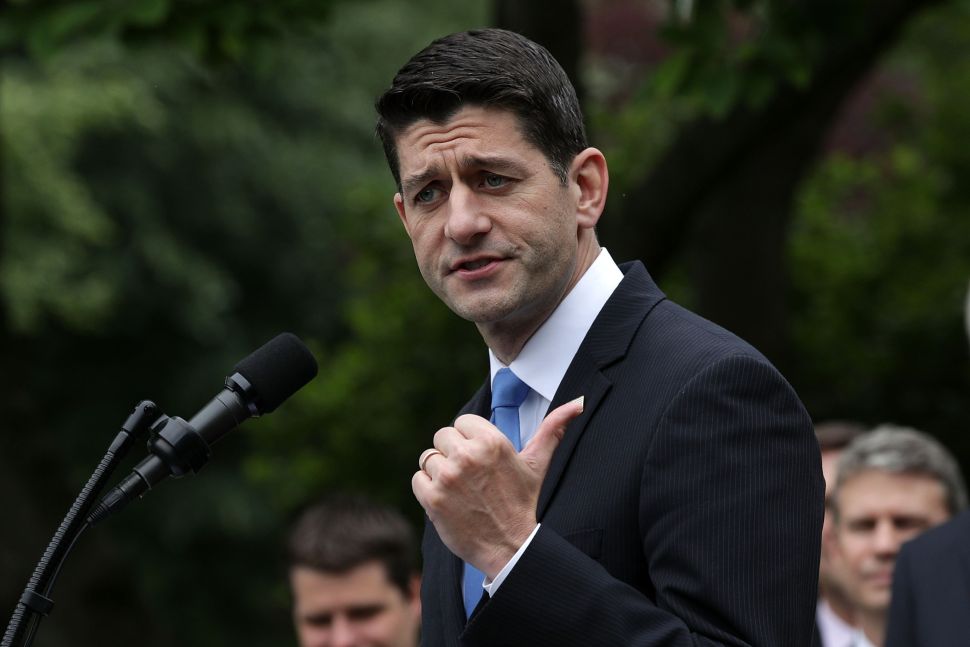