Resistance to the Trump administration has taken on many forms, from the Women’s March on Washington to the March for Science. And now, techies and immigration activists are coming together for a different kind of protest.

On Friday (Cinco de Mayo), the Hack the Ban event will take place in Washington, D.C. This hackathon, whose name was inspired by President Donald Trump’s immigration ban, aims to help immigration organizations find digital solutions to community problems. A similar event was held in New York City in February.

From 8 PM Friday until 4 PM Saturday, teams will work on “concrete solutions” and “foster a technical support community for the resistance,” the event’s website reads. They will then present their ideas.

The hackathon will be held at Washington’s Inclusive Innovation Incubator (In3DC), which opened last month as a space for diverse entrepreneurs.

Hack the Ban is using a GoFundMe campaign to cover the costs of hardware and software for hackers. The crowdfunding drive, which has raised about $900 toward its $1,500 goal, will help “create a pool of money to support further development of concepts generated on the day on behalf of our nonprofit partners.”

One of the event’s organizers, Maureen Murat, started the GoFundMe page. Murat, founder and CEO of Crowdie Advisors, which offers technical assistance to small businesses, told the Observer she hoped Hack the Ban would show the tech community is interested in “more than building games or dating apps.”

Aside from the tech showcase, the event will also include breakout sessions to educate immigrant coders about their rights—there will be legal clinics on “interacting with police as a person of color” and “what happens to my kids who are U.S. citizens if I get deported.”

These programs were developed by LATISM (Latinos in Tech, Innovation and Social Media), one of the event’s sponsors. LATISM, launched in 2009, aims to help Latin Americans succeed in technology and business careers.

Jennifer Lubrani Cisneros, executive director of LATISM, said the organization had held Facebook and Twitter chats, along with workshops, to get information out to the immigrant community. But she thought they could do more by coming to the hackathon.

“We want to help inform the community about the policies that are being put into place,” Cisneros told the Observer. “This is more than just a tech event.”

Cisneros said she hoped hackathon participants could both get their immigration questions answered and find ways to improve the immigration system as a whole through tech.

“We won’t solve everything in one day, but it could expand what we’re working on and create a need for us to continue to do things like this,” she said. 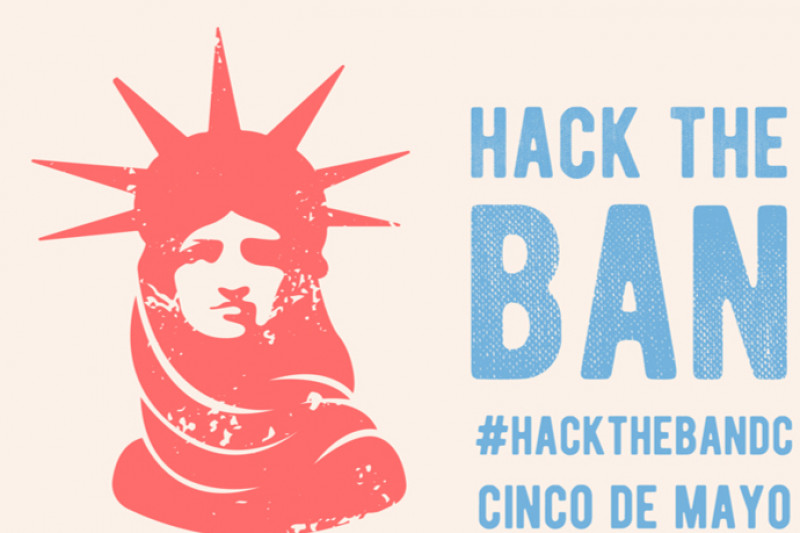