On May 13, neo-Nazi Richard Spencer led a group of white supremacists, armed with Citronelle insect repellent candles as torches, to protest the removal of Confederate General Robert E. Lee’s statue in Charlottesville, Va. “You will not replace us,” Spencer and his supporters chanted at the rally, a mantra taken from an earlier speech of Spencer’s in which he stated,“What brings us together is that we are white, we are a people, we will not be replaced.” Charlotesville recently voted to remove the statue. New Orleans and other cities across the country have made similar efforts to remove Confederate symbols from government property.

Historically, some white people have feared that if they accept racial equality, they will suffer a loss of power and social standing. This anxiety was exploited by plantation and slave owners before the civil war, and is currently played upon by demagogues, hate groups and political leaders trying to revive neo-Confederate ambitions. For these people, Confederate statues like the one of Robert E. Lee represent a symbol of the “lost cause” that has seen increases in attention from the anxieties induced by the current anti-political climate and the authoritarian rhetoric that its produced.

Emerged from this racist, hateful rhetoric and climate is Richard Spencer, who the neo-liberal publication Mother Jones irresponsibly dubbed as “dapper.” Spencer is a symptom of a climate that has enabled far-right wing fringe groups embroiled in white supremacy to re-brand themselves as a viable philosophy. These groups market themselves to groups of people who veil their racism with assertions that preserving and honoring Confederate icons is about heritage and history.

For African-Americans, who still experience inequality and racism, Confederate symbols are symbols of tyranny, injustice, pain and trauma—all of which are reinforced today through systemic racism and abhorrent instances of injustice. Police shootings and unexplained deaths of unarmed African-American men and women—like 12-year old Tamir Rice, who was killed by police in Cleveland in 2014; Sandra Bland, who died in a Texas Jail cell after being pulled over for an alleged minor traffic violation; and Kalief Browder, who committed suicide after spending three years in jail at Rikers Island (two of which were in solitary confinement), despite never facing trial for a crime—are just a few of the long-list of examples.

The culturally coded messages in Confederate symbols perpetuate the institutional racism that Richard Spencer and his supporters champion through their white supremacy ideology. This ideology also perpetuates Spencer’s hate for American democracy, because providing an equal voice for all people threatens his group’s worldview. Spencer represents the darkest parts of American history and the most shameful shadows in its ideological evolution.

In Langston Hughes’ 1936 poem, “Let America Be America,” Hughes pined for the idea of democracy that America was founded upon, regretting that it had never been applied to himself because of racism in American society. Hughes ended the poem insisting that though America has never been America to him, people would fight to make it so. Spencer and his neo-Nazi followers are a gasping reactionary breath to that fight, and a shameful reminder that his beliefs and ideas are still rotting away that idyllic basis for what America is supposed to be. 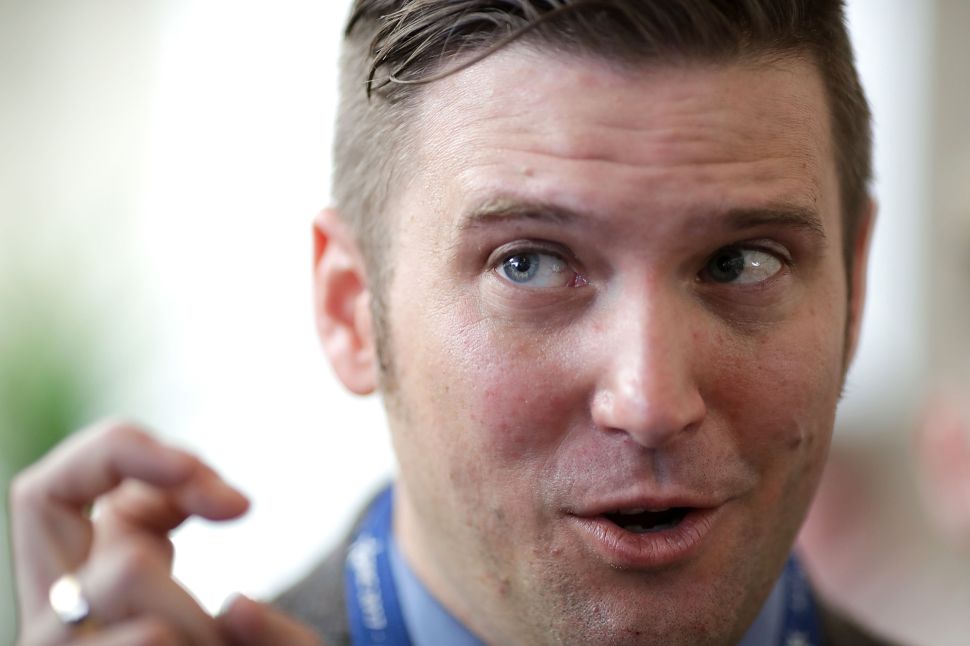