“We can close the door,” says Julian Assange at the beginning and the end of Risk, Laura Poitras’ long-gestating and capital I important documentary about the Wikileaks founder and international fugitive. Said with tender hopefulness, the line serves an ominous bookend, speaking to the film’s major themes of privacy and intimacy. It also directly addresses the larger point raised by both the film and Assange’s relentless and high-stakes mission to force transparency upon the world’s most powerful governmental and private institutions by sharing their secrets on the Internet. Some doors, like the lid of Pandora’s box, can simply never be shut.

And some documentaries are impossible to back out of, especially when a filmmaker as formidable as Poitras is spearheading it. The MacArthur Fellow’s three films examining the world post 9/11—2006’s My Country, My Country; 2010’s The Oath; and especially 2014’s Oscar-winning stunner Citizenfour—have reshaped how we look at war, espionage, and documentary filmmaking itself. But there are several times in Risk (which has the awkward distinction of being the fourth film in her trilogy) where you get the sense that Poitras wishes she had pulled the plug on this one.

Compared to the breathless self-assurance Poitras displayed with Citizenfour, this movie wobbles a bit, both structurally and thematically. As Assange becomes increasingly self-serving and unlikable—he demonstrates such breathtaking examples of misogyny you half-expect Billy Bush to pop out and offer him a Tic Tac—the story that Poitras is telling and her part in it gets more and more muddled. Still, while the final product lacks the narrative momentum and the structural polish of the film that preceded it, it is often thrilling to see a filmmaker so willing to confront the murkiness of this kind of urgent storytelling, where the heroes are often are often as flawed and opaque as the institutions they are trying to expose.

Regardless of what you think of his actions, Edward Snowden, the title character of Citizenfour, is an Eagle Scout compared to Julian Assange, the Australian hacker who came to national prominence seven years ago when he published top-secret material exposed by Chelsea Manning. Even in the first half of the film, when Assange seems more heroic than he becomes, nervously calling Hilary Clinton’s office at the State Department to warn of the impending leak of top-secret cables (“We don’t have a problem, you have a problem”), he comes off as kind of a jerk.

For starters, there is that sickeningly smug smile, which appears to be a more permanent fixture than even his white hair. That he at least can dye, something we witness him do in a hotel room, aided by his mother. It is a scene that is eerily reminiscent of a similar hastily donned disguise scene in Citizenfour. In that movie, Snowden was trying to slip past authorities seeking to charge him with espionage. Here Assange is hoping to elude UK authorities seeking to extradite him to Sweden to face rape allegations.

It is safe to say that Assange’s perma-smirk is the most get under your skin half-smile since Frank Burns was an occupant of the 4077th, a character he greatly resembles, along with The Office‘s Michael Scott. Indeed, it is difficult to watch Assange constantly interrupt an editor trying to give a briefing or mansplain to his lawyer the vast feminist conspiracy he believes is trying to destroy him without calling to mind the erstwhile head of the Scranton branch of Dunder-Mifflin. That scene with his lawyer is so startling in its display of Assange’s disdain for women, that while watching it you feel Poitras’ breath being sucked out of the room, and somewhat out of the film. Suddenly, and seemingly much to her consternation, she was making a film not about the contradictions inherent in unmasking state secrets, but about the boorish behavior and blazing narcissism displayed by people like Assange and Jacob Appelbaum—the hacker Robin to Assange’s Batman—who is similarly beset by allegations of sexual abuse.

So what is Poitras to do with all this? She is somewhat at a loss, something she readily admits to in occasional voiceovers where she lets us in on her process (otherwise, she is as invisible as Harvey the rabbit). She refers to these bits as excerpts from her production journals, but they sound more like desperate messages in bottles sent by a castaway lost in a dark ocean of their own making. Because the film is forced to half explore several complicated issues—transparency and workplace misogyny, for starters—and never goes deep enough on any, these moments where Poitras, however inelegantly, shows us her cards, become the most rewarding in the film. We may not get a perfect documentary with Risk, but at least we get a very real and truthful sense of just how hard these kinds of movies are to make. 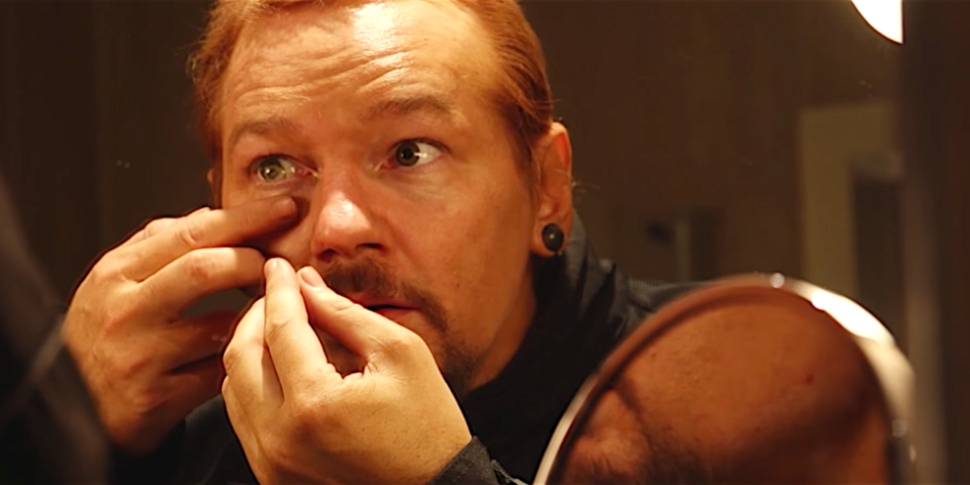