Separating from the Democratic Party’s perpetual denial, Rep. Ro Khanna tweeted on May 11, “I was opposed to superdelegates and believe DNC acted improperly in primary by tipping scale,” in response to Zach Haller and other progressives questioning his credentials for being the most recent addition to Justice Democrats, a PAC connected by the Young Turks media network. Khanna is the first Democrat in office to acknowledge this truth. New DNC Chair Tom Perez admitted it during his campaign for DNC chair, only to rescind the claim and lie about saying it afterward.

Though Khanna was willing to admit what the rest of the Democratic Party won’t, he failed the progressive litmus test in other ways by affirming his support for House Minority Leader Nancy Pelosi and failing to explain why aligning with a PAC—even Justice Democrats—is the solution to render the reforms progressives want in the Democratic Party. Khanna’s donors, which total over $480,000 from the securities and investment industry, and his strong backing from Google and Silicon Valley raised a red flag for progressives as well, though Khanna has been very open to defending his record. He has also expressed interest in doing interviews with progressive media figures like Tim Black to try to solidify support among progressives. Khanna was mentioned in a few of Clinton Campaign Manager John Podesta’s emails exposed by Wikileaks. In them, Khanna’s advisor reached out to Podesta to try to get Hillary Clinton to make an appearance at his wedding in 2015.

Even if the Democratic Party followed Khanna’s lead and separated themselves from their blind loyalty to the status quo, DNC attorneys already affirmed in a class action lawsuit hearing that the DNC has every right to rig the primaries. Instead of trying to tell Sanders supporters what they want to hear, Democrats need to fix the corrupt corporate structure that binds the party to its wealthy donors. 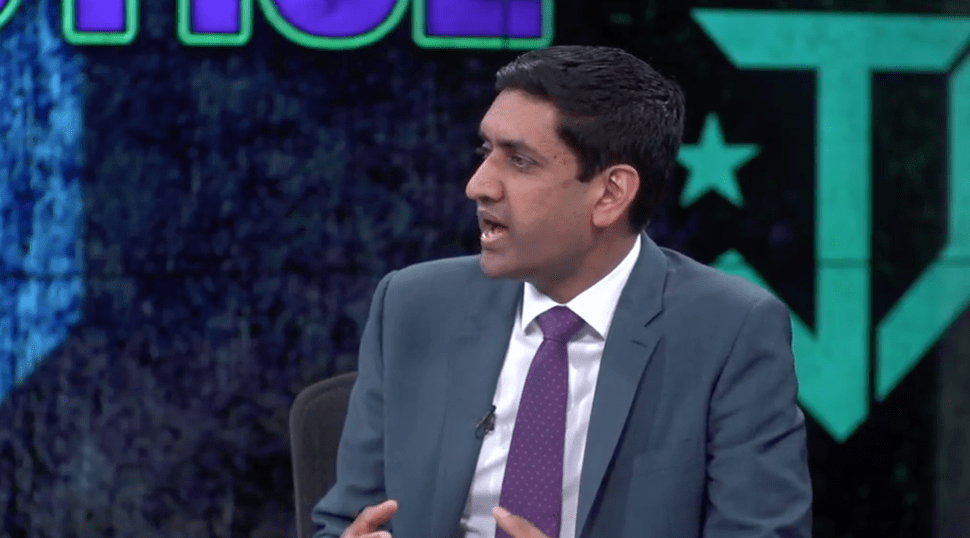