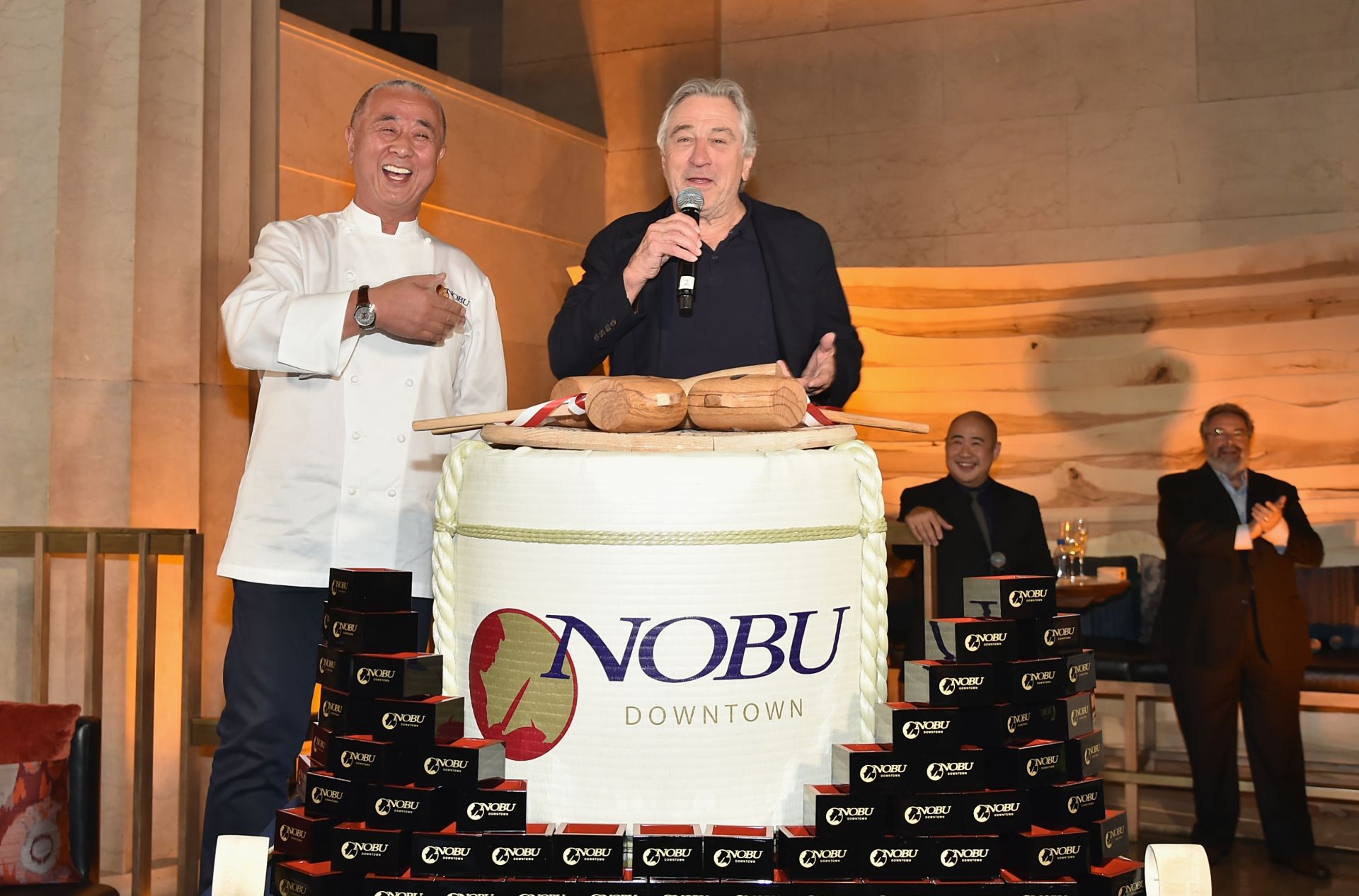 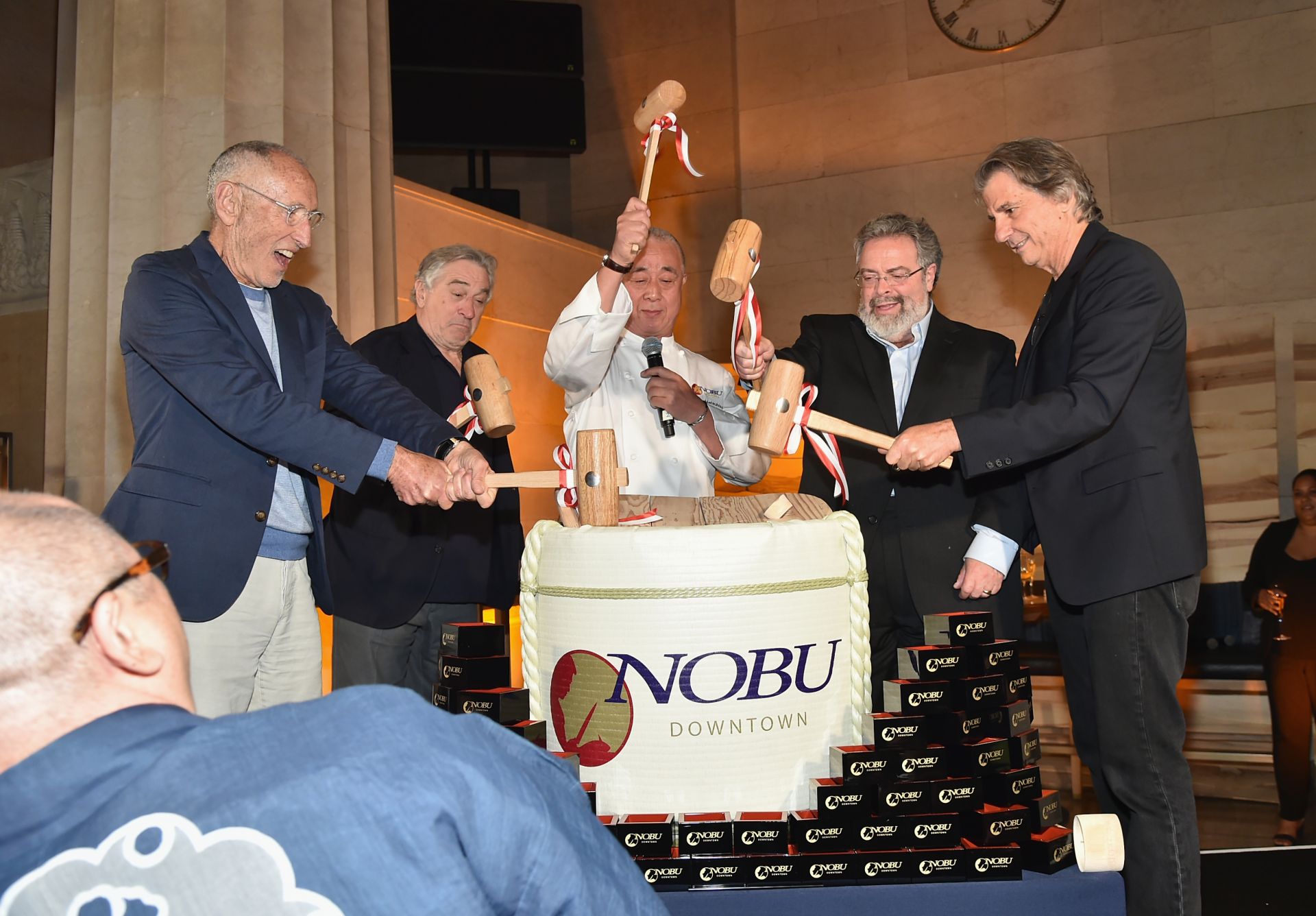 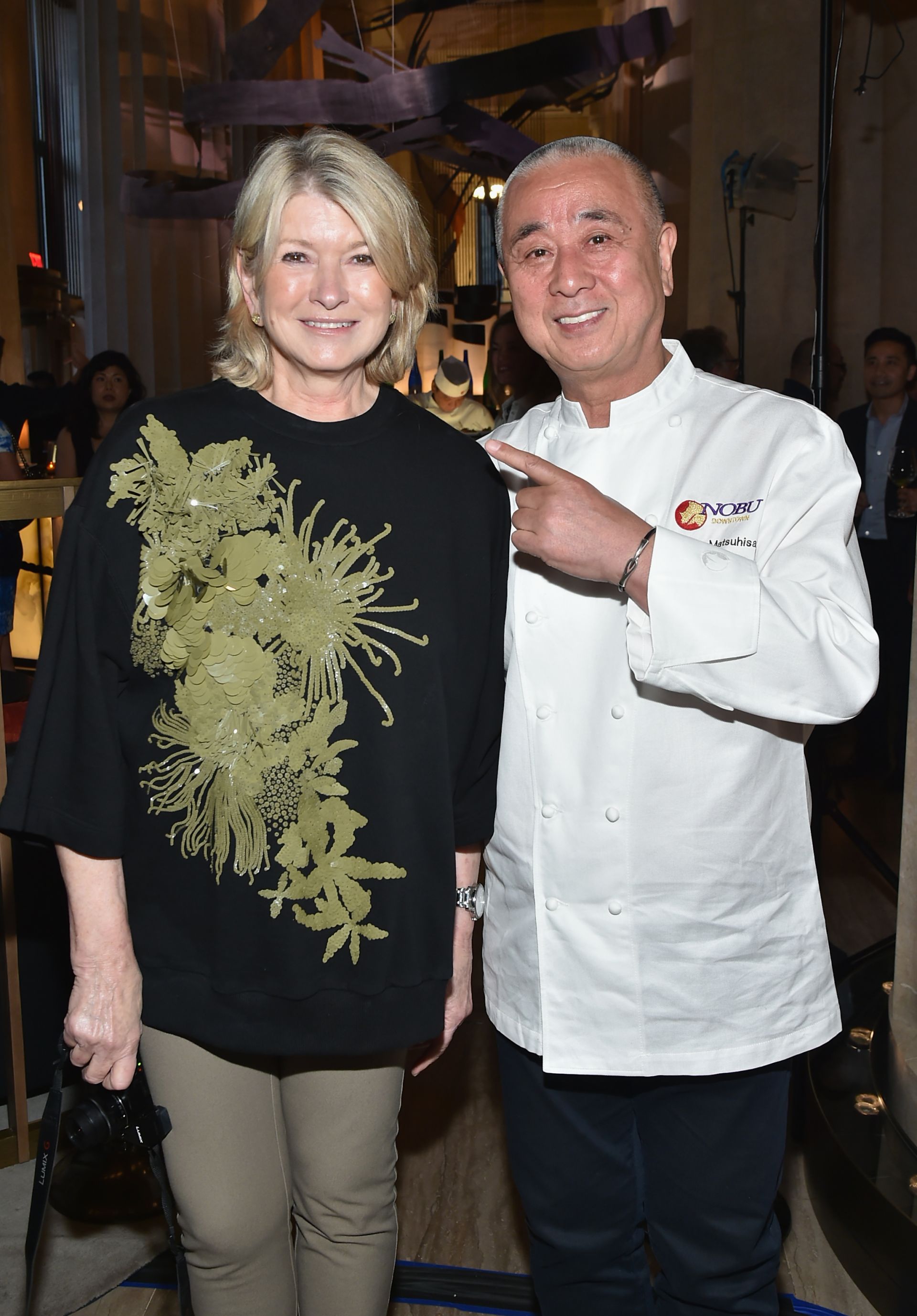 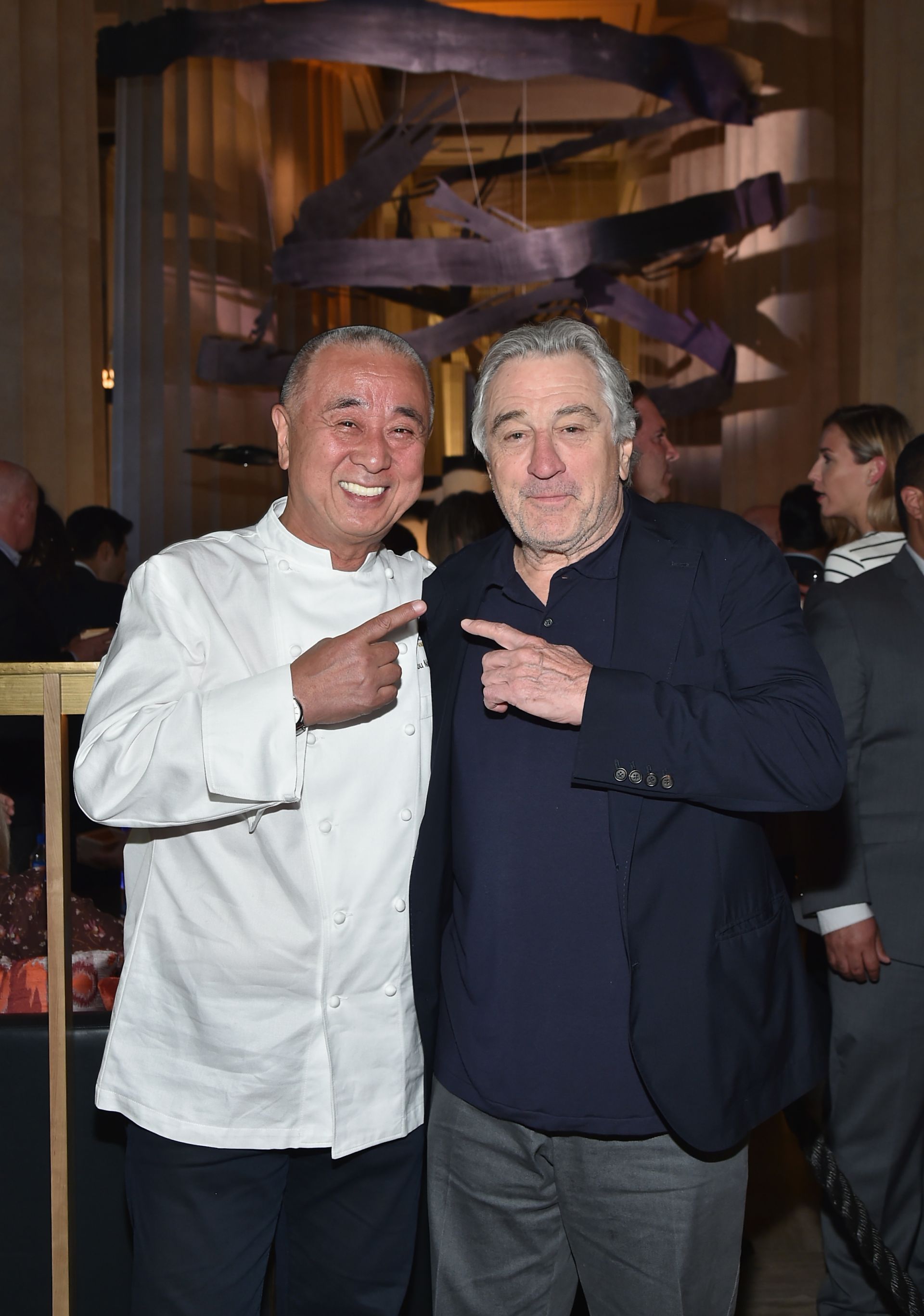 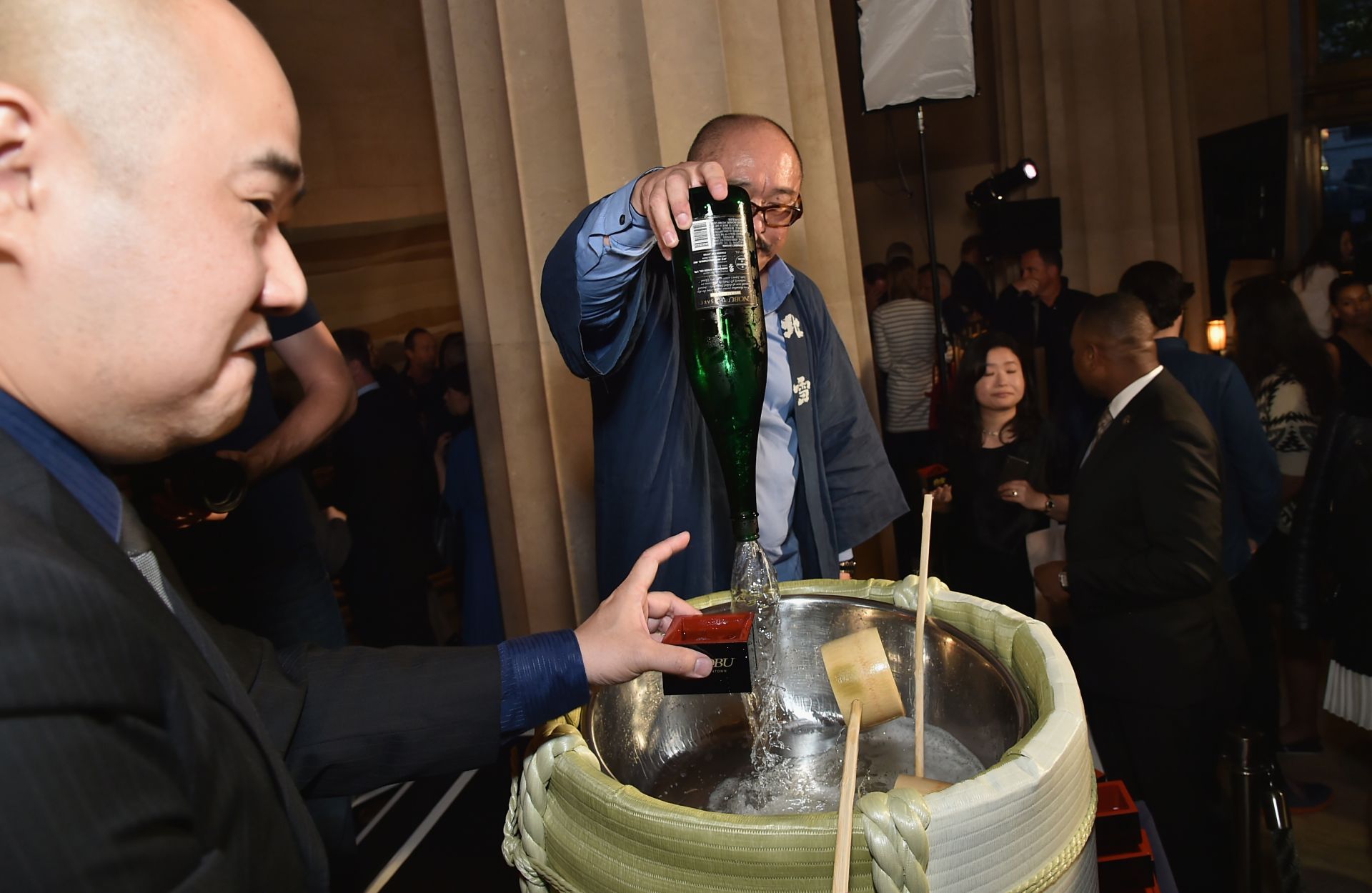 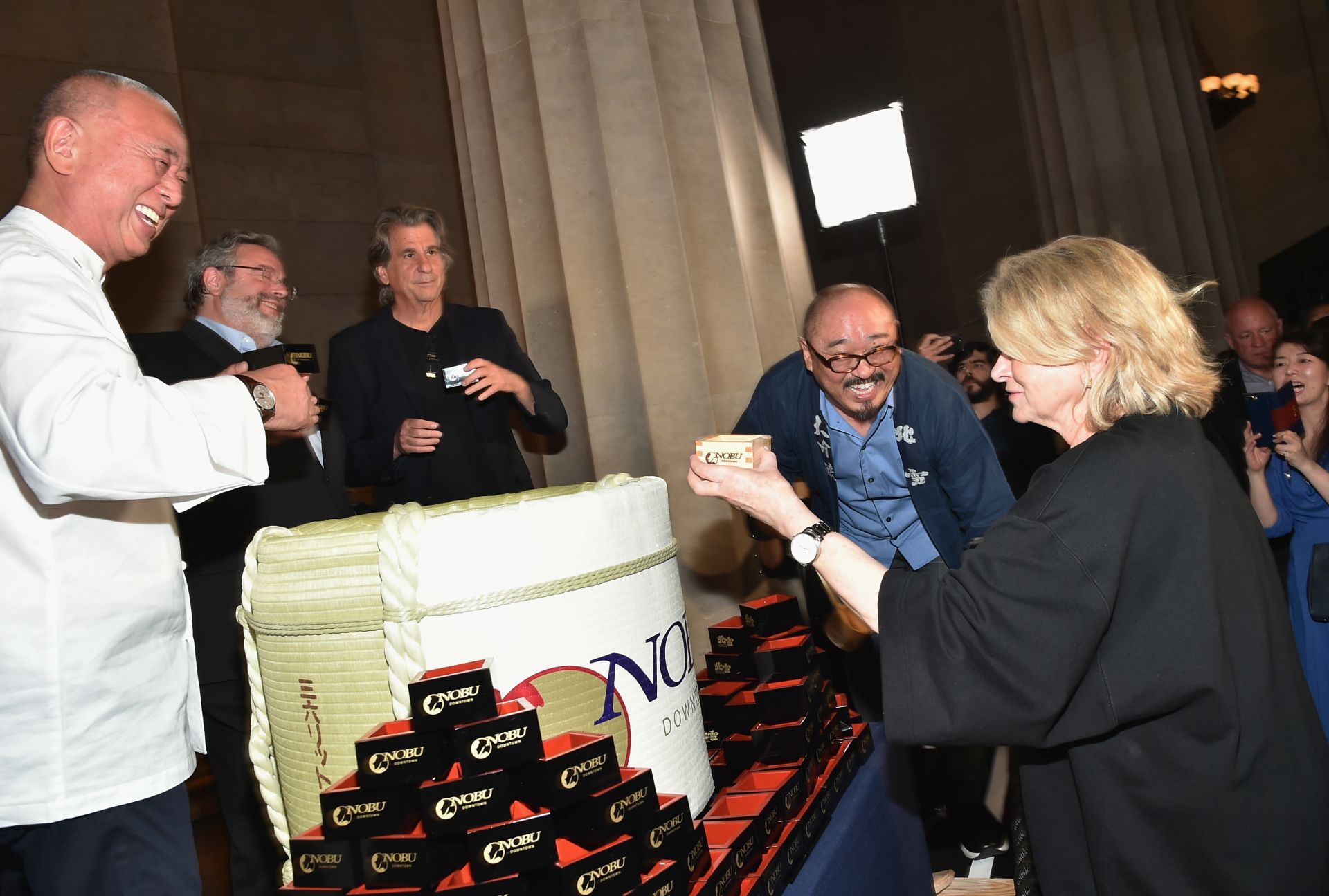 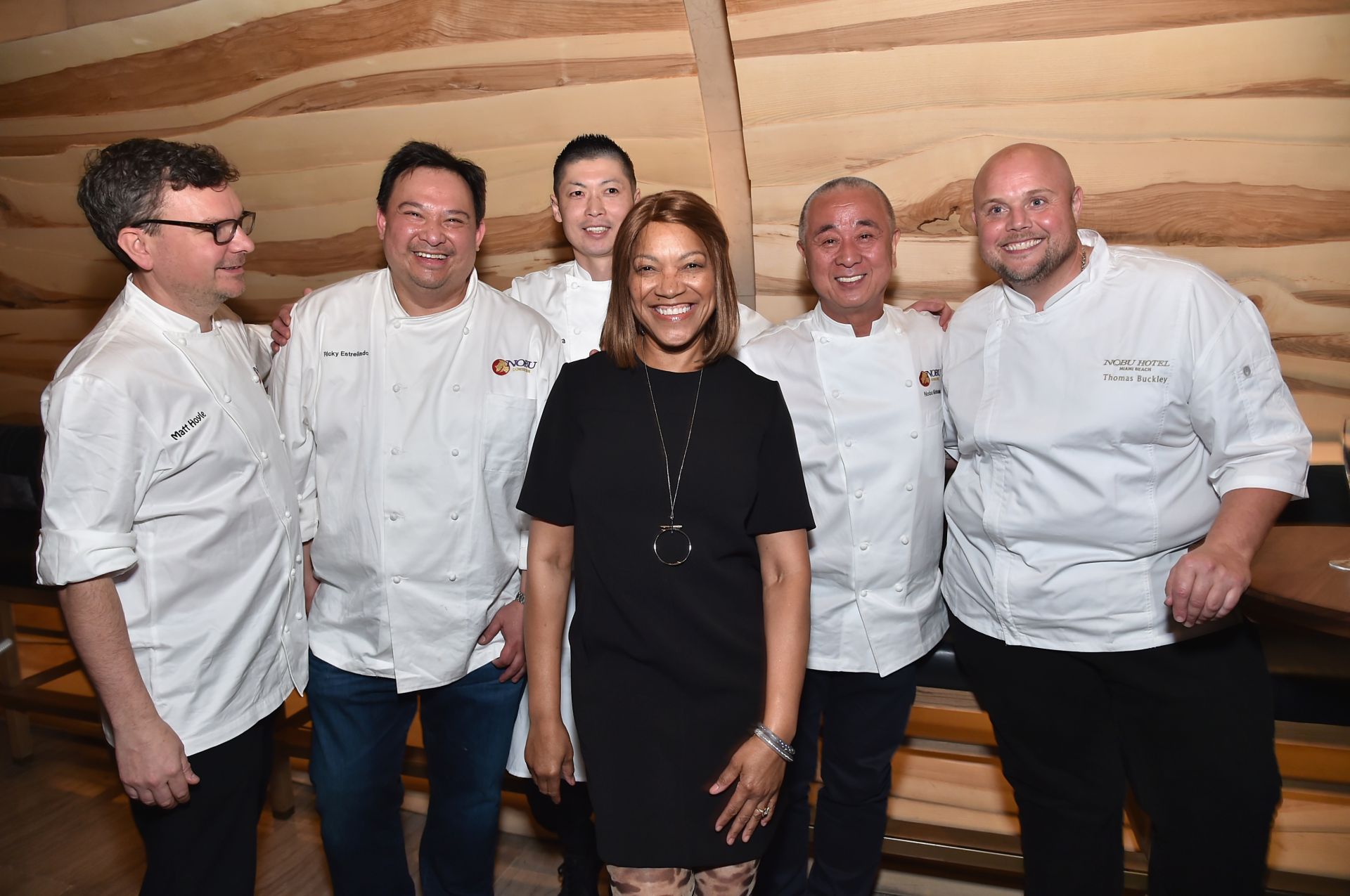 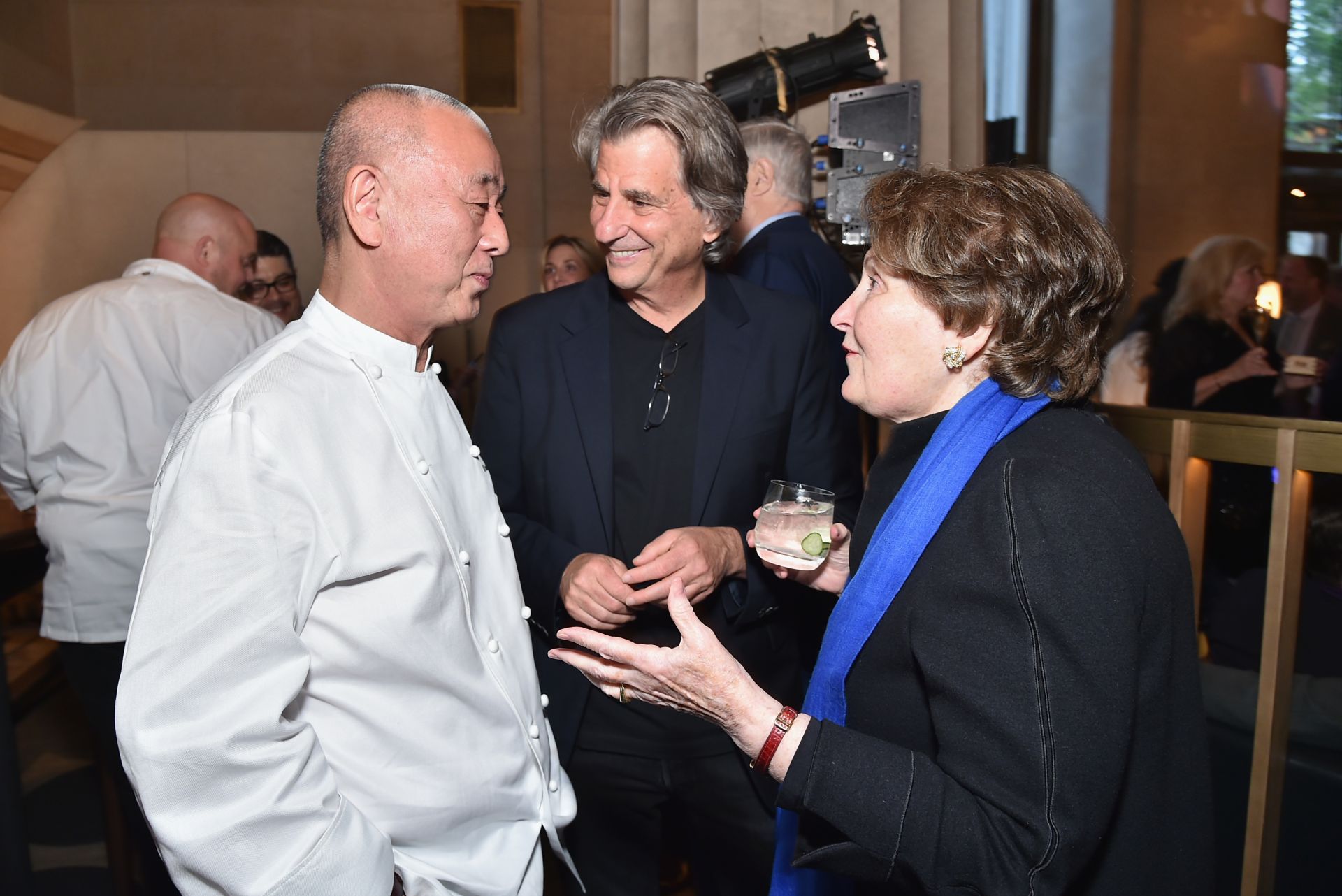 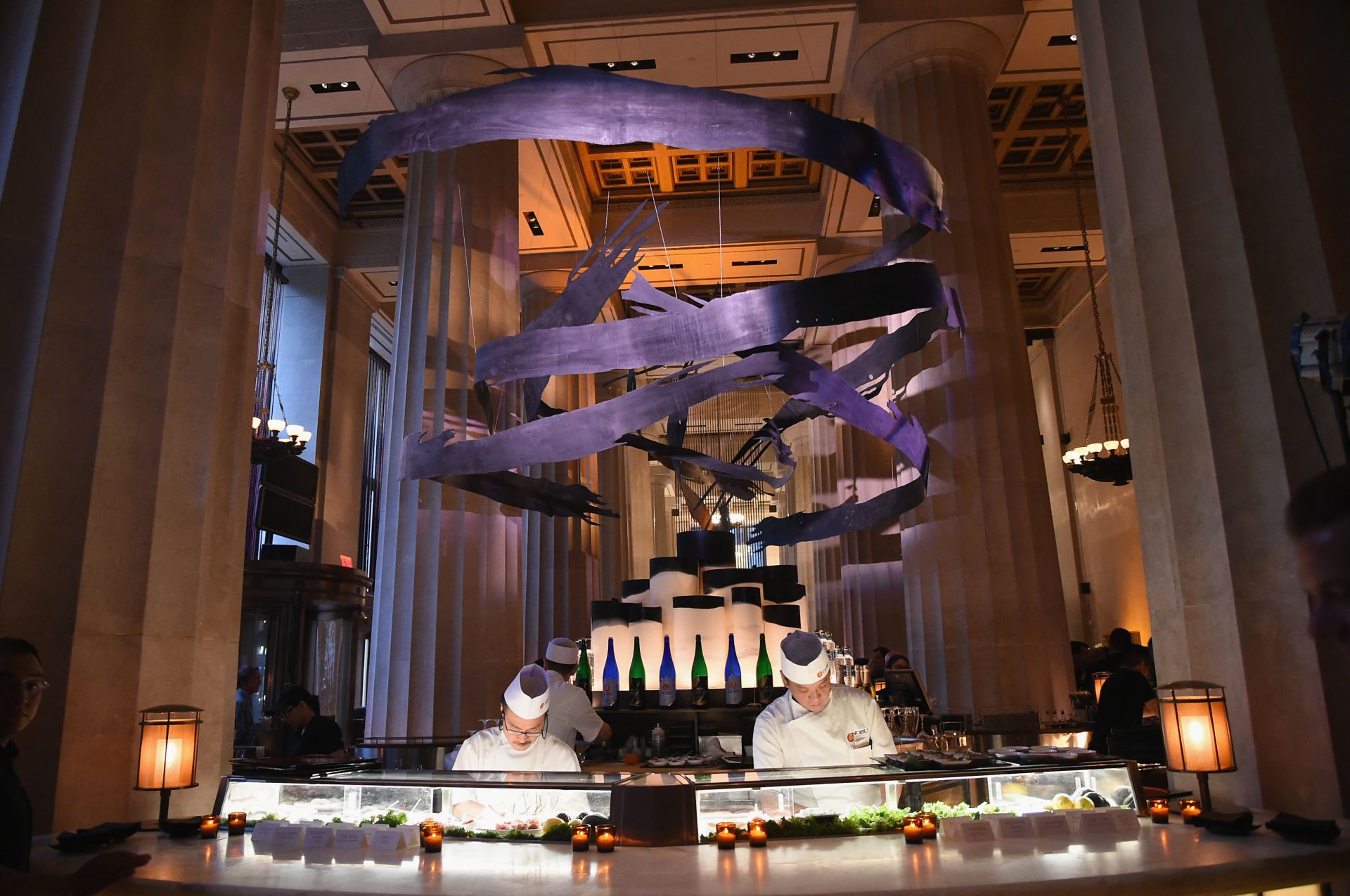 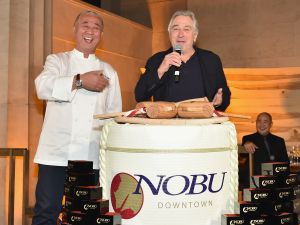 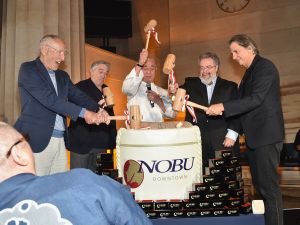 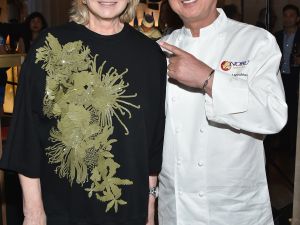 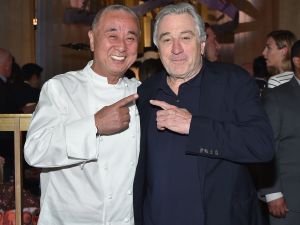 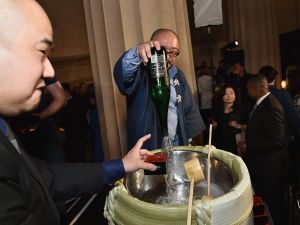 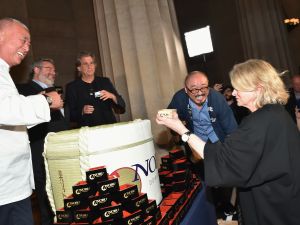 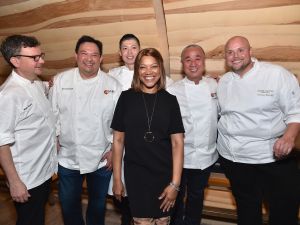 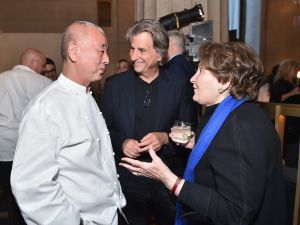 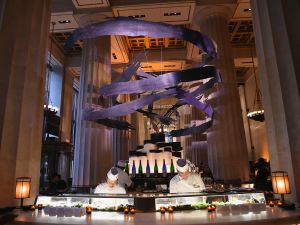 “We usually invite thousands, but tonight is special. We want to be surrounded by our most loyal customers in the world,” said Chef Nobu Matsuhisa as he took the stage last night at Nobu Downtown. The Financial District hotspot first opened its doors last April, but the evening marked the first time in recent history when the world renowned sushi chef and his buzzy investors – Robert De Niro, Drew Nieporent, and Meir Teper – were able to convene in order to christen the David Rockwell-designed space. To mark the occasion, the gang took part in a saké ceremony to bring good luck and fortune to the eatery, but judging by the crowd on hand, the luck and fortune were already there.

The intimate room of just 200 guests ran deep with Nobu loyalists who remembered the global restaurant and hotel brand’s first outpost in Tribeca in 1994. This included hostess extraordinaire Martha Stewart. “I hosted the first party at the first Nobu for my weddings book,” she recalled before carrying on downstairs to the dining room for dinner. “Nobu allowed us to have a party there, which was quite the antithesis of what he really wanted to do, but he was so happy. I loved the space, and I had to been to Japan already, and it took me back there. It was very nice. I’ve visited pretty much all of his restaurants so far, so obviously I’m a big fan.”

Chef Matuhisa remained all smiles musing with us about the early beginnings of his eponymous empire, which rocketed to success thanks to a man he knew little about – Robert De Niro. “The first time I him over 30 years ago, I had no idea who he was or what he was doing – seriously,” Matsuhisa said with a laugh before joining De Niro and his wife, Grace Hightower, for dinner at a corner high-top. “I think if I knew him as a movie star, I would have been nervous, but I didn’t know anything so it started as a great relationship. He’s a very detailed person, and knows all of the best in the world, and has given me the opportunity to see different worlds.”

Though he was the talk of the crowd thanks in part to his recent turn as Bernie Madoff in HBO’s Wizard of Lies and his rampant criticism of President Donald Trump, De Niro remained mum for most of the evening, offering up some simple words of motivation to the buzzing crowd. “Thanks everyone for coming tonight,” he said before cracking open the ceremonial ceramic pot of sake with a wooden mallet. “Let’s party.”