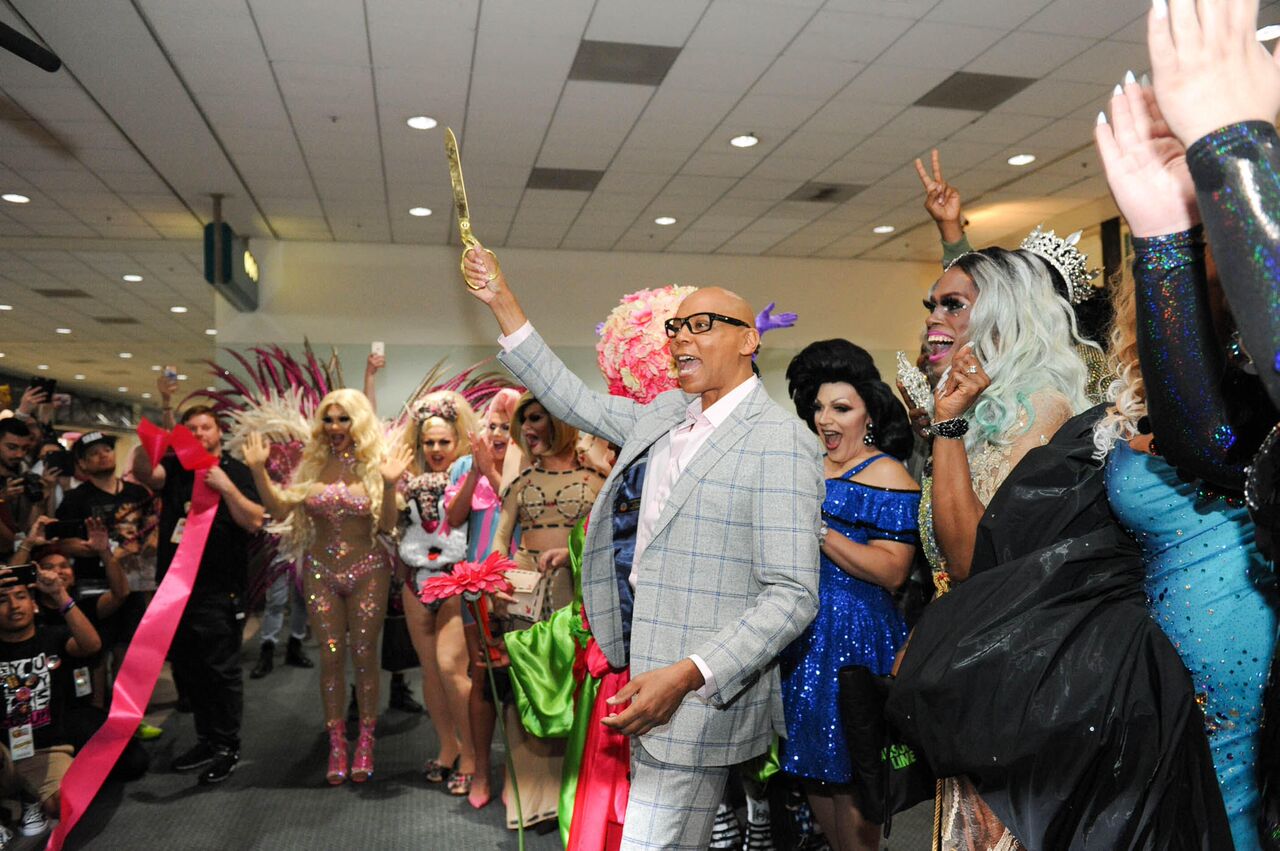 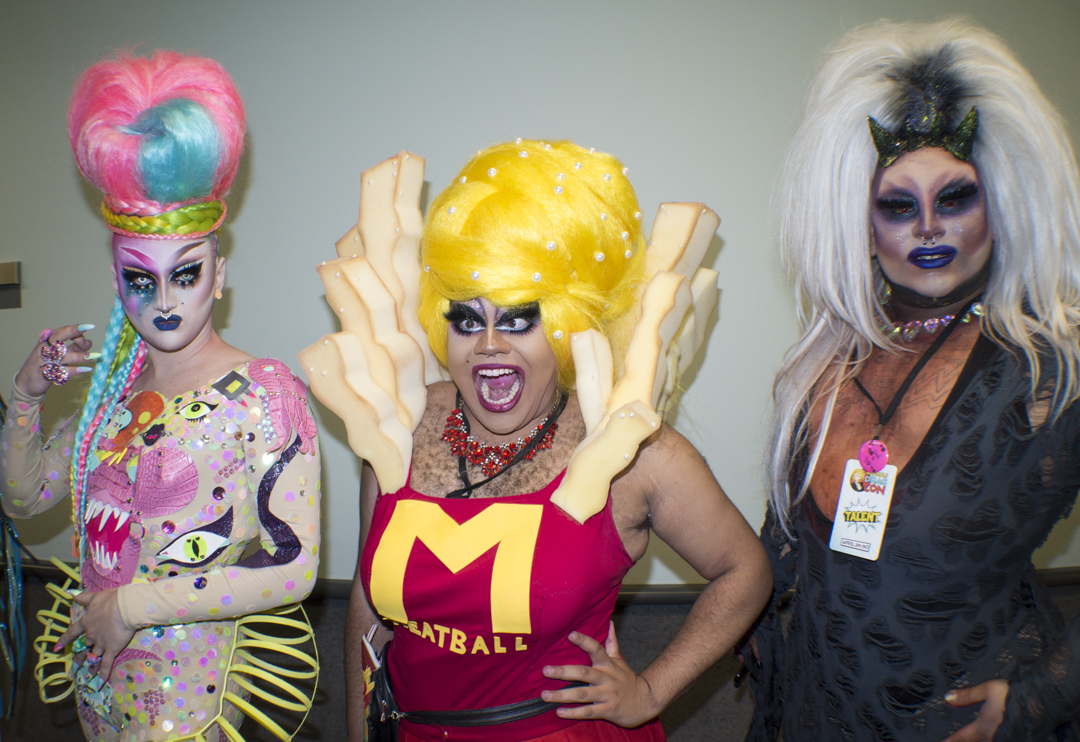 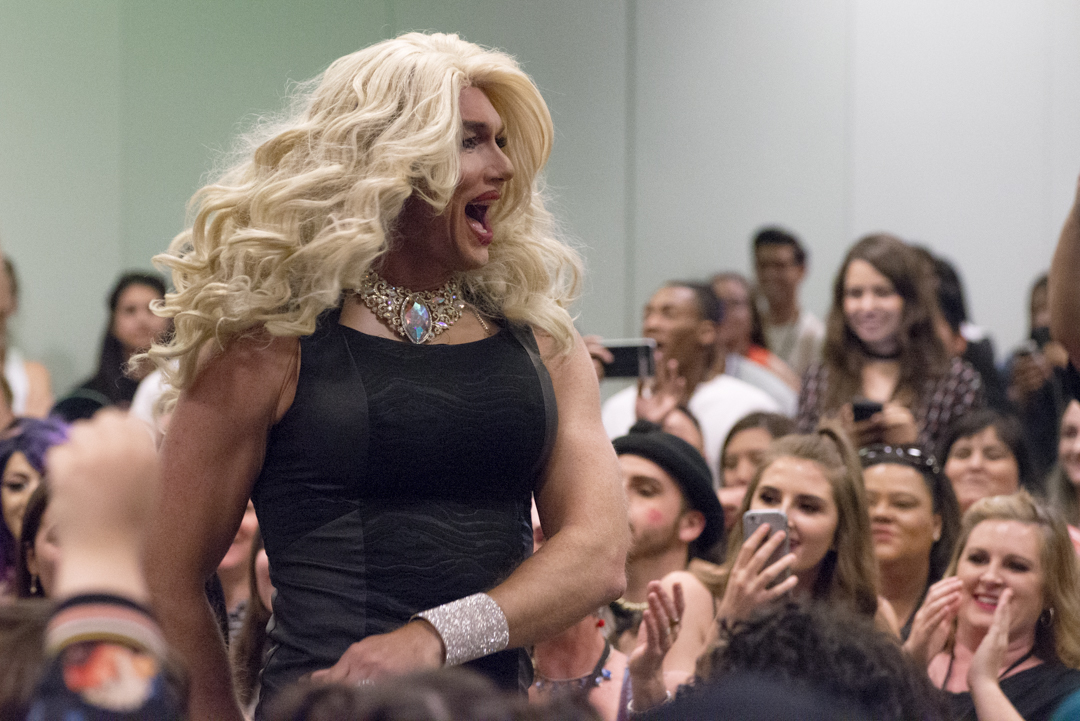 Stand By Me star Jerry O'Connell walks the Runway with help from Morgan McMichaels.
David Payant 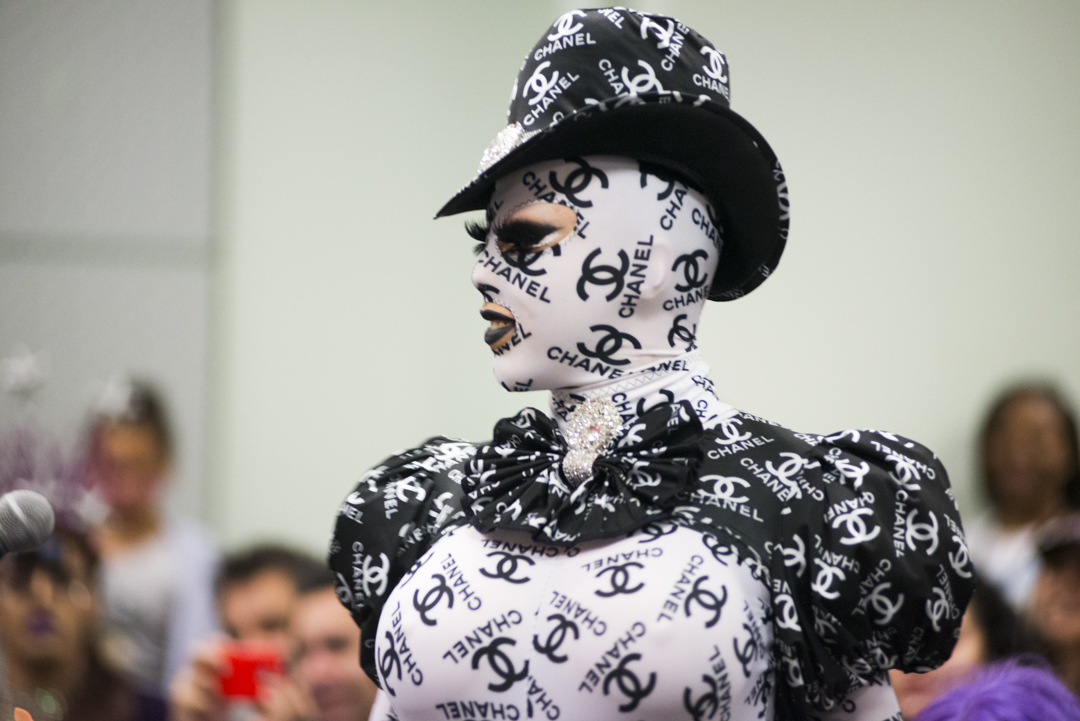 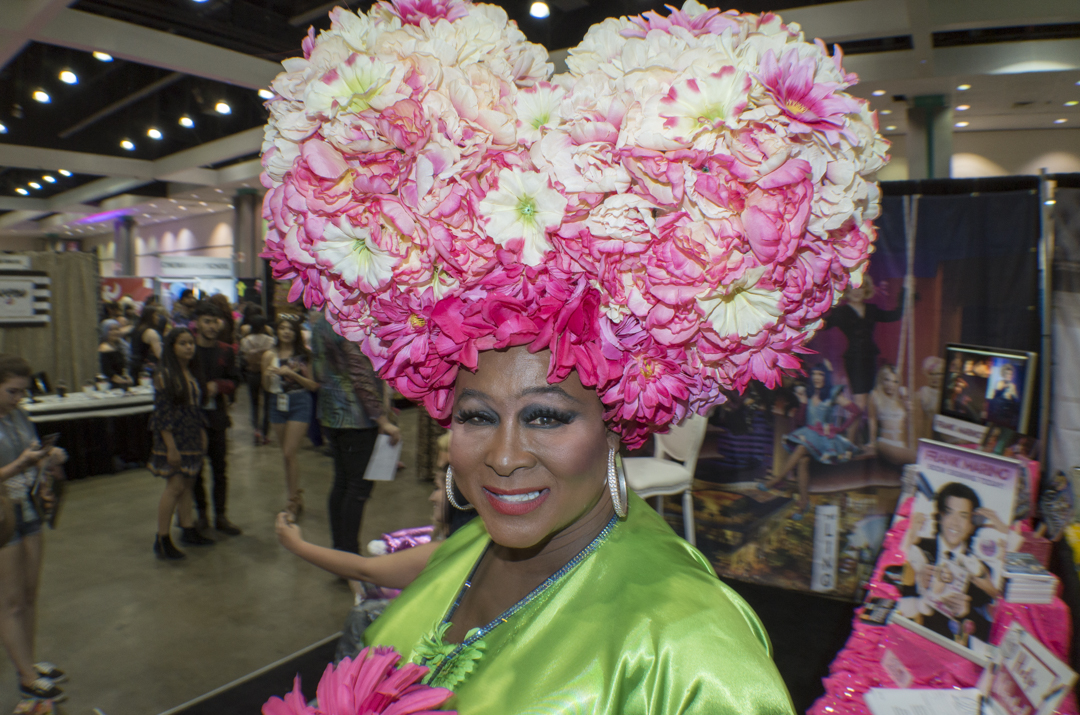 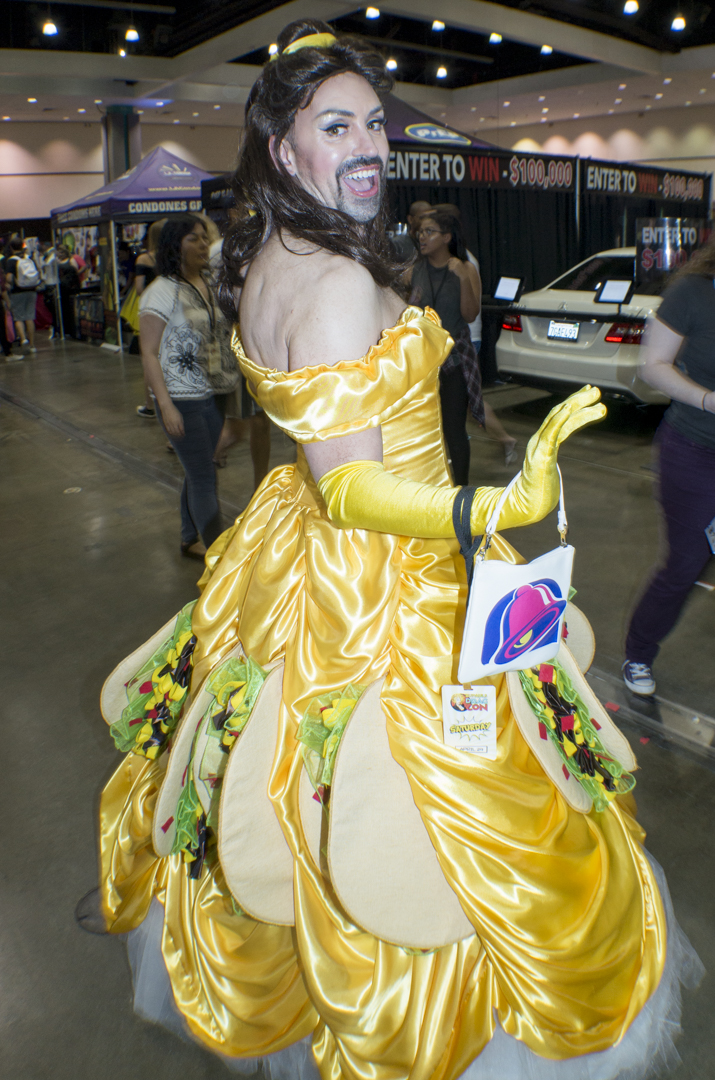 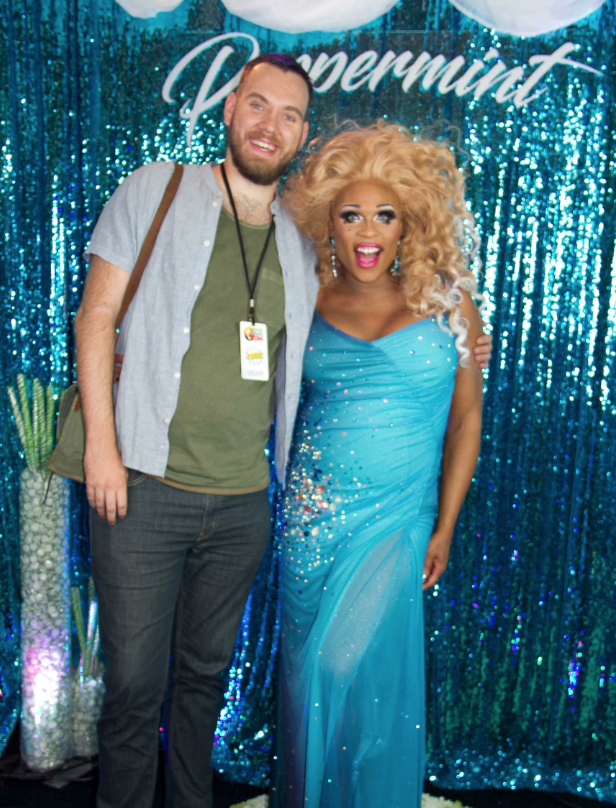 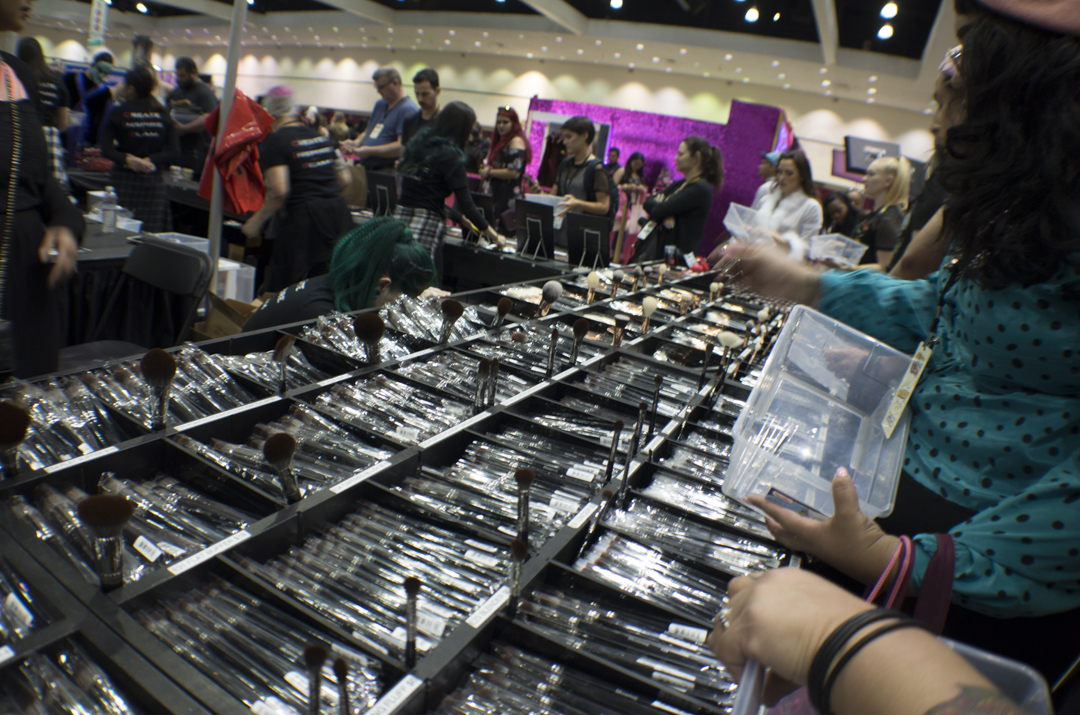 It's all about contouring! Makeup brushes on sale at Drag Con.
David Payant 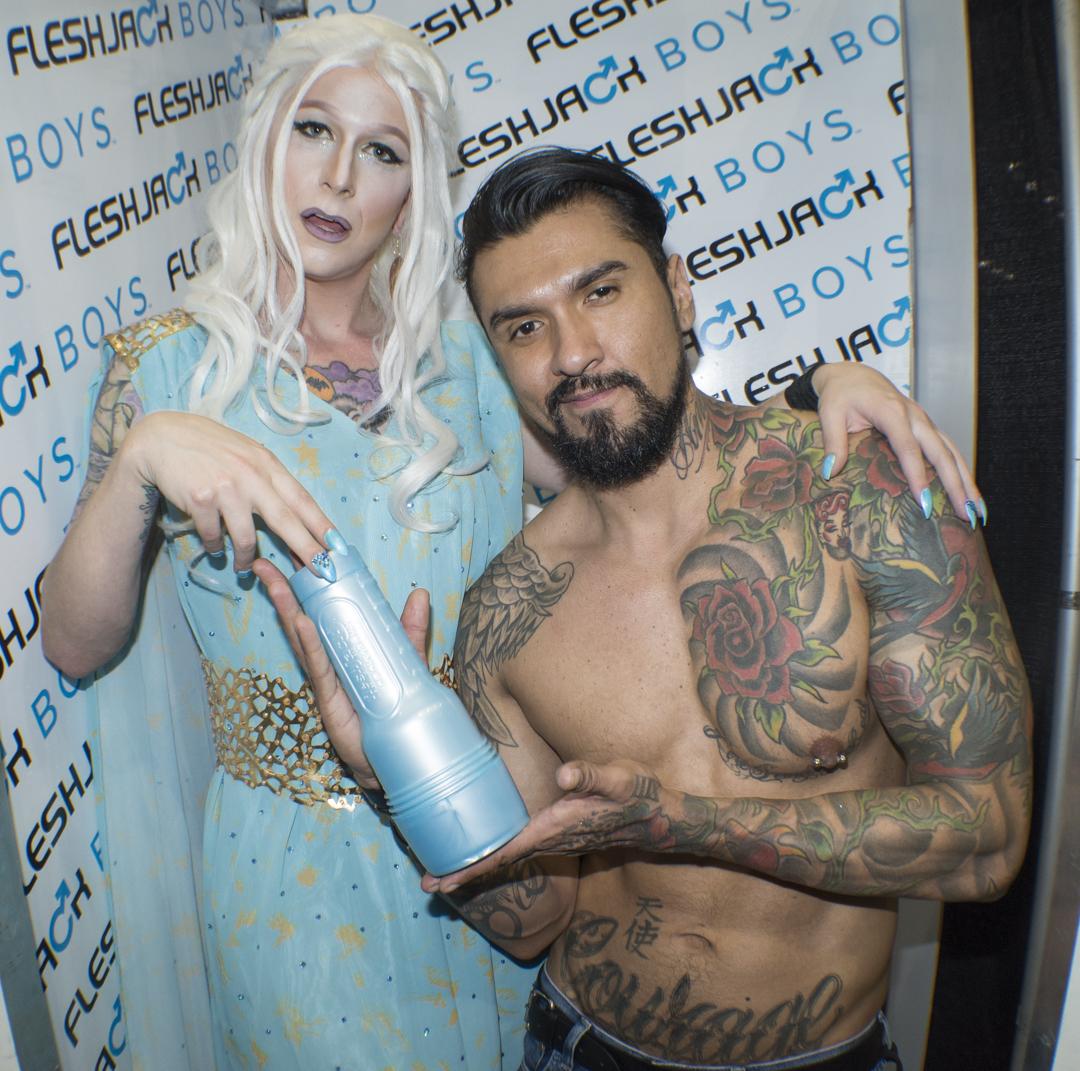 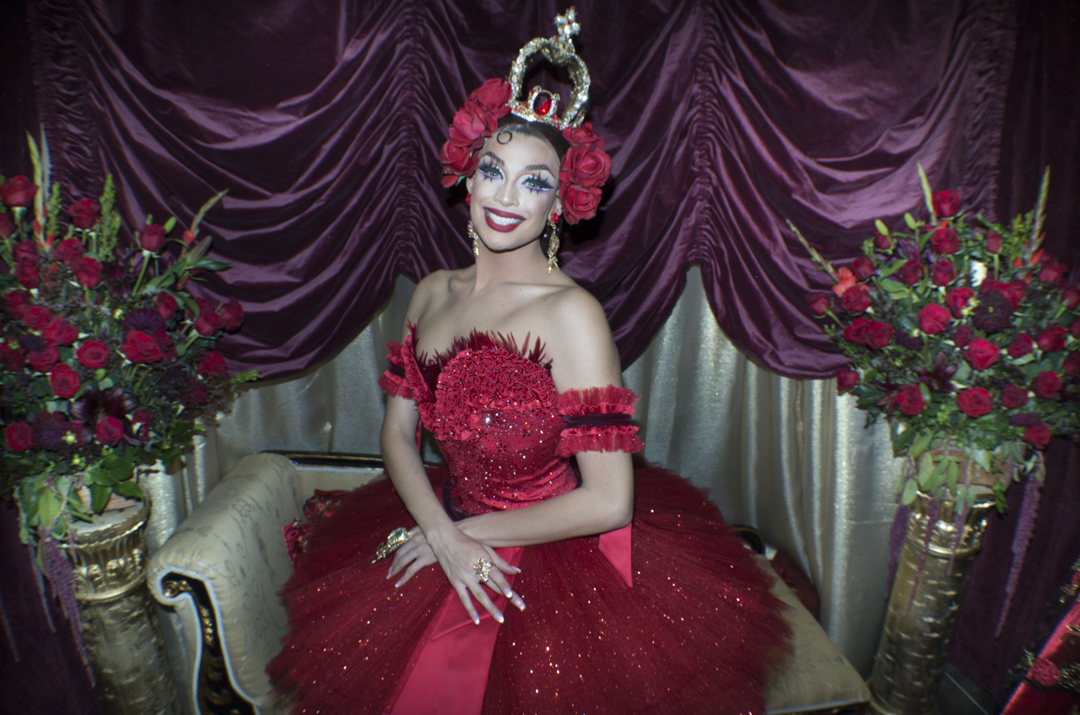 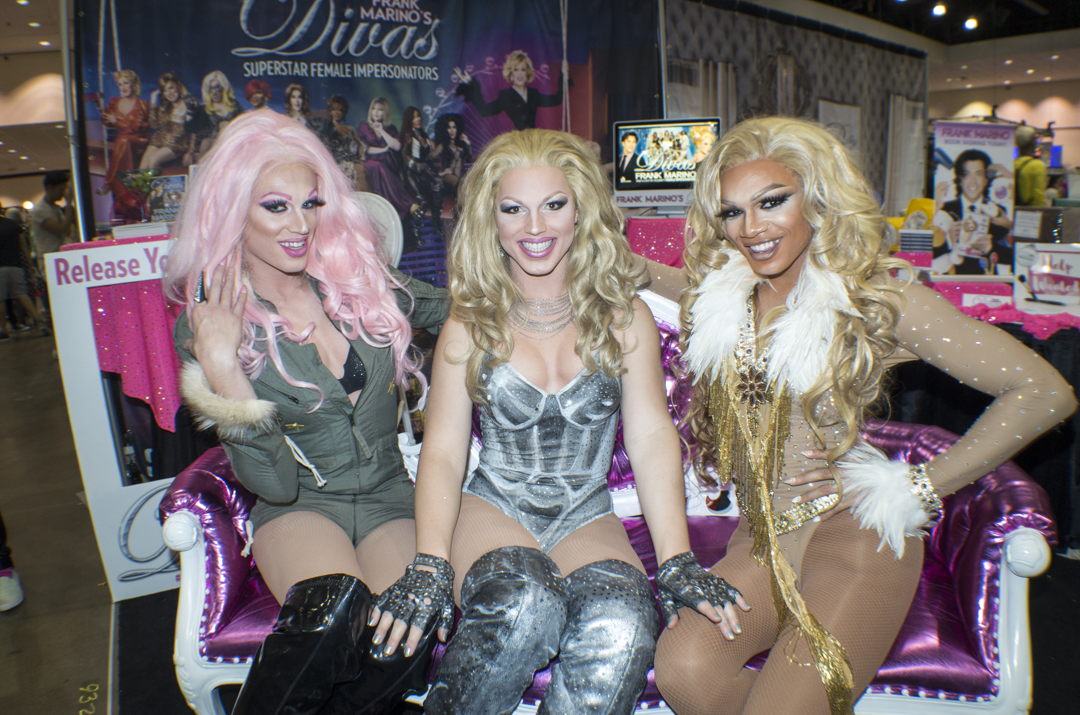 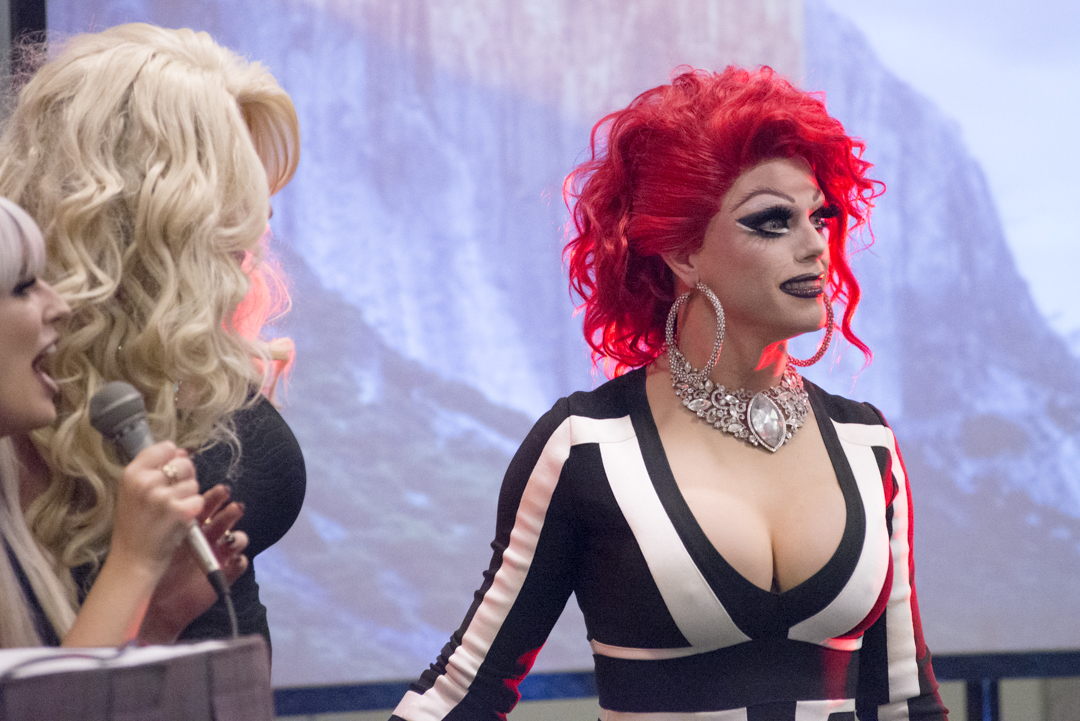 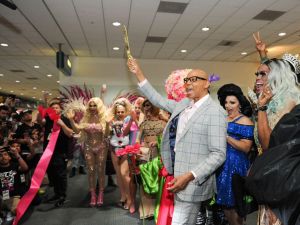 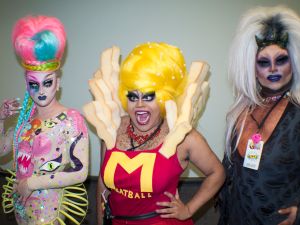 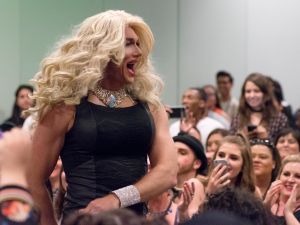 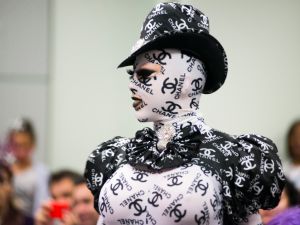 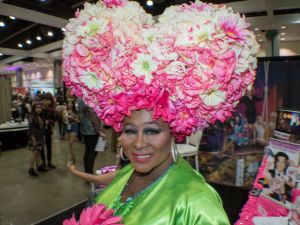 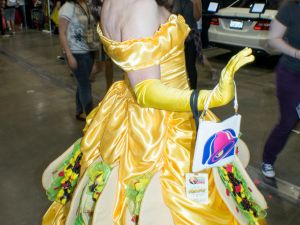 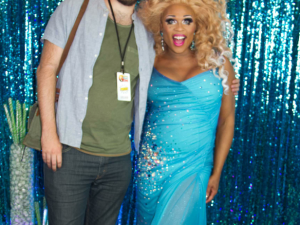 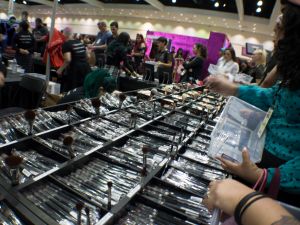 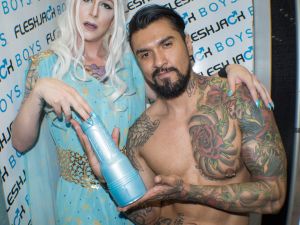 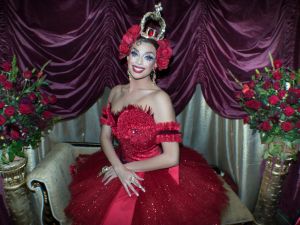 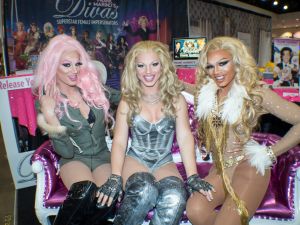 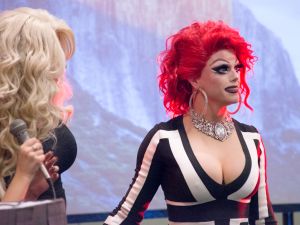 Performance artist Qween Amor dances with a crucifix to Smash Mouth’s “All Stars” in the lobby. Adult film star Boomer Bank peddles sex toys modeled after his own body parts. Teenage girls sit in rapt attention as a drag queen nun tells her version of The Little Mermaid. These are just a few of the things I saw at the 3rd annual RuPaul’s Drag Con, when 40,000 queens and fans descended on the Los Angeles Convention Center this past weekend. The huge crowds shocked at least one older queen. “I thought I’d be dead at 30!” senior club kid James St. James exclaimed to me in passing. “I never thought I’d see drag queens playing with ten-year-olds!” Indeed, this was the first year that Drag Con had its own Kids Corner, which included a bouncy castle, drawing activities and drag queen storytime where queens would read books to the kids.

RuPaul herself and her reality competition show RuPaul’s Drag Race loomed large over the convention, as it does the entire drag industry. Queens who make it on the show have their careers solidified and are immediately canonized as stars. The show has brought drag to larger audiences; Season 9’s premiere had over 1 million viewers and guest starred Lady Gaga. However, the show has created a bit of a divide between queens who have and haven’t been on the show. Off Drag Race queens were easy to approach at the con while notables from later seasons had hour-long lines.

Season 9 queen Peppermint’s booth came with its own fan so that her hair could look windswept in every photo. A New York nightlife fixture, Peppermint came out as trans on Episode 6 before promptly obliterating her competition in a “lip-sync for your life” challenge. Although it was a reveal for her fellow Season 9 queens, New York clubbers and Drag Race producers were already aware of Peppermint’s identity, making her the first openly trans woman to be cast on Drag Race. On the episode’s pivotal moment, Peppermint reflected by saying, “It’s been absolutely overwhelming on social media. I think it connected with a lot of people. Drag is changing because trans people and queer people, in general, are becoming so much more accepted, lauded, and loved.”

Drag Con was in part produced by Rudy Bleu, a DJ and co-host of the queer punk party, SCUM, which is held monthly at the Latino gay bar Chico’s in Montebello, California. Rudy’s previous projects include a body positive clothing line and the Maricon Collective. (The collective’s name translated to Spanish means faggot.) Bleu’s passion for civil counteraction was reflected in the programming. At The Art of Resistance panel, comedian Phoebe Robinson talked about her podcast, 2 Dope Queens, as a way to showcase friendship between black women in a white podcasting world. Journalist Raymond Braun spoke out against the current anti-gay killings in Chechnya, and Drag Race star Sasha Velour shared her experience living in Russia studying gay activist strategies. “When your life is at risk, art means something different,” said Velour.

At the May I Be Graphic? panel, writer Marc Andreyko shared his work on the comic book Love is Love. A compilation of stories written as a response (and fundraising tool) after the events at Orlando’s Pulse nightclub in 2016, the book also boasts the honor of being the first comic to feature a sanctioned appearance of Harry Potter, drawn by Jim Lee. “I read it on a plane which was probably not a good idea,” said audience member Dave Cobb. “In my aisle seat I sat there and ugly cried with snot coming out of my skull. It was really great.”

The comic book panel was hosted by actor Drew Droege, who broke into the cottage industry of Drag Race recap videos with his YouTube show, Rupals. In each episode, Droege plays a drunk and surly Tanya Roberts and lobs insults at sunny co-host Damiana Garcia. When asked if Tanya would be trying out for Drag Race, Droege said, “Let’s hope not. I don’t know if she would live through the audition.”

In his church-like keynote on Sunday afternoon, clad in a green suit, RuPaul got unusually candid about his sometimes-absentee father and how that initially hurt his relationship with his affectionate husband, George. He described clearing emotional blockage as an inner high colonic, where you identify your trauma and move away from your victimhood so you don’t stay in one place. And according to Mama Ru, Trump voters are trying to stay in one place. “It’s the people who don’t want to move into the future…,” RuPaul explained. “They took on this used car salesman who promised them that they could turn back the hands of time and bring it back to what it was…We ain’t going back, baby.”