Following every RuPaul’s Drag Race, the Observer gets the scoop from one of the contestants. Next up: Valentina.

Observer: It’s me, Michael! Am I your first interview?

Have you been dreading talking about this as the months went on?

To be honest, no. I’m someone who goes in and feels my feelings when I have them. When I returned from the show I was in a state of shock for about a month and a half. It was very difficult for me to not feel anything.

You came off as very sweet and vulnerable.

I’m naturally a very emotional, raw person. I get it from my mom. My life experiences have shaped me to be kind and forgiving. The eating disorder, other disorders…I’ve always struggled with self-esteem. It’s better for me to reach out and help folks rather than internalize.

Have you been following all the support people have been giving you on social media?

I’m so very lucky and blessed. It’s hard for me to even process it because I’m so bad at social media. Whenever I post things there’s always lots and lots of love, and I receive fan mail. It’s not just the social media. I’ve been on tour these past couple of months and I have these meet-and-greets. My fans come and they bring me roses. It’s really overwhelmingly amazing and I’m so grateful.

Where did you get that sense of humor from?

I’m not sure. I’m a silly person and I’ve always surrounded myself with a lot of large personalities. I went to performing arts school so the kind of people I met along the way were really fun, quirky, crazy characters. I’m a theater kid. We always have that element of “Calm down!” around us. But I don’t find myself to be a comedian either.

There’s also a childlike innocence around you, like when you said, “Aw, man!” during the reading challenge.

There’s a bit of Michael Jackson in me. I don’t push away those feelings of my inner child. I like to have fun. It’s also like Marilyn Monroe, where you sell yourself short so that they won’t know how smart you are. I’m very kind and very sweet but I also don’t want anyone to know how intelligent I truly am.

Was your inexperience a concern?

Absolutely not, because I come from a stage background and I’ve always dreamed of the opportunity to be discovered since I was very little. So when the opportunity came I used all the things I learned as an actor, or working as a stylist. All those things I injected into my persona of Valentina. So although I don’t have much experience in the drag queen world, I do have all those skills and my creativity and my love of the arts. That’s what the show’s about. It’s not about who’s more experienced. It’s about who works under the pressure.

So what happened with that lip sync?

I lost control. A dark cloud came over me and I wasn’t able to move. I was in a real state of shock. I was not prepared with the song and I shut down.

Did you even consider the possibility that you were going to be in the bottom two?

I don’t know. I was in a state of shock. I couldn’t process it. 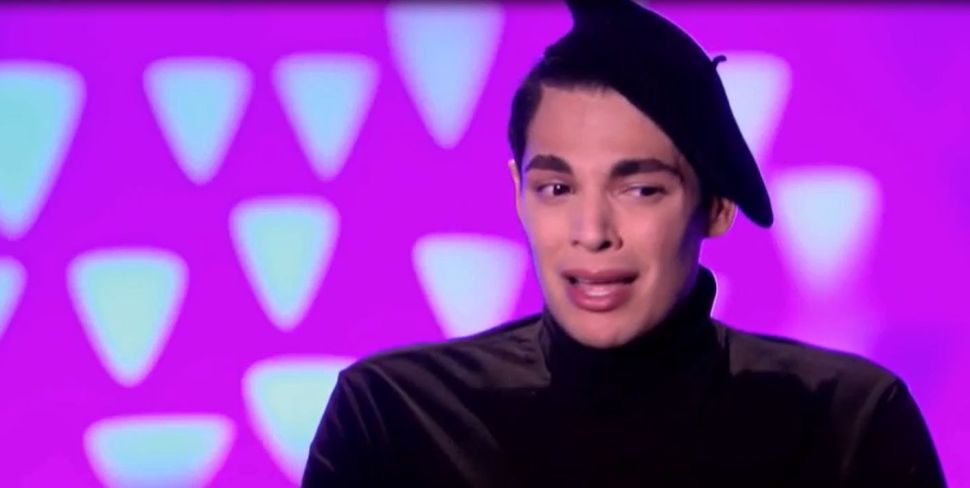