President Donald Trump’s first foreign visit made a lot of waves in Russian media, although the accents in news coverage were shifted exclusively to issues close to Moscow.

The symbolism of visiting places of three religions was completely ignored—Israel and the Vatican were hardly mentioned. But Trump’s visits to Saudi Arabia and Brussels gave Russian think tanks and Moscow’s political class the opportunity to take a closer look at Russia’s current relations with NATO.

Even before the trip began, the Russians’ gut feeling told them that they were not going to like the Middle East policies of unpredictable Trump and that they had to ready themselves for nasty surprises ahead.

From the Russian perspective, Bill Clinton destroyed Yugoslavia, George W. Bush seeded nothing but chaos in Iraq and Afghanistan, and Barack Obama wreaked havoc in Libya and Syria. Russians see no reason to believe that Trump will prove himself to be a dove of peace. They are asking, “Who’s next in line to be bombed?”

If you believe the non-stop discussions on Russian TV talk shows about Trump’s visit to NATO headquarters, Russians feel very comfortable with their current status quo with NATO.

Despite all the noise about NATO’s expansion toward Russia’s borders, the Russian political class—unlike her military—shows no sign of alarm.

Almost two million NATO troops against the Russian army? And Muslim Turks are the largest NATO contingent in Europe? “These soldiers do not want to fight. They are inexperienced and belong to the armies that lost every war [against Russia] in the past,” Vladimir Zhirinovsky, leader of LDPR party and a long-time Kremlin insider, said on the Russian 60 Minutes program. In his view, nobody is attacking Europe and today’s wars are being waged far from European capitals.

“Look, the whole world [i.e. the anti-ISIS coalition led by America] was first in Afghanistan, in Iraq, in Libya, and now they all gather in Syria. The coalition consists of 68 countries plus NATO states—29— which is [almost] 100! A hundred states—half of the world—pushed into one small Syria!”

(The sheer number of states that joined NATO does not impress Russians.)

“It’s laughable! And who has been helping to save Syria? Only one Russian army! So who is the strongest in the world? You, hundred states, all of you—Brits, Americans, and so on—what are you capable of? You have 100 armies, and there is nothing you can do. And just one Russian army fights back all terrorists of the Middle East. We would have choked [the terrorists] there long ago, but the U.S. did not let us do it!”

At this point, Zhirinovsky turned to the picture of the heads of NATO states.

“That’s all they can do—pose for pictures. NATO is impotent, cannot fight, but they can have parties every year, sessions, and persuade each other to pay more. They have to spend the money—2 percent of the GDP—let them burn it! Trump arrived to Brussels to collect quitrent like the Mongol Khan used to come to his vassals with words, ‘You have to pay, somehow it’s been a while since you paid last time!’ Money is the most important thing for Americans. Okay, for God’s sake, let him collect the quitrent. Let them pay him. Order the weapons all they want, but all this is useless. NATO has no future.”

(“I never asked once what the new NATO headquarters cost. I refuse to do that, but it is beautiful,” Trump said, describing a new NATO building in Brussels.)

“NATO is nothing but a social club where you can gather Europe’s leaders in pompous new headquarters with the purpose of taking pictures. NATO cannot give European countries security,” Zhirinovsky stated. As far as why countries want to join NATO, he said, “There is always a line where one can get free stuff and do nothing.”

“Why was NATO created?” Zhirinovsky asked himself, then immediately giving the reason: “So there would be no responsibilities and no war. This is why NATO is good for us [Russians]—there never will be a war. Hitler attacked us, the loner, he was lonely maniac. Napoleon was alone—lonely maniac. But when you have a collective farm, you  have no worry. They will do nothing. Like in our collective farms, people did nothing and we never had any products of agriculture.”

Professor Vitaly Tretyakov, ex-member of the Russian President’s Council for the Developments of Human Rights and Civic Society, agreed. “You cannot make one Napoleon out of the 28 heads of 28 of these countries,” he said. “Even if you get them together.”

“Let NATO be forever. Let them create one more NATO at Arab Middle East. Arabian NATO soldiers will be playing backgammon all day long, these great soldiers of Arab NATO!” Zhirinovsky said on another TV show.

Nobody in Europe or in the U.S. needs real and victorious war against Russia, he believes. Everybody needs the state of tension but not the victory in the war. If is a war, somebody wins and there will be nothing left to do. NATO states do not need 1945; they need 1939 to 1940. “It’s like everybody is waiting for a baby to be born and everybody likes the process but, at the same time, the baby should never be born. Constant third months of pregnancy,” Zhirinovsky explained.

Trump laid out the “grave security concerns” in Brussels: “The NATO of the future must include a great focus on terrorism and immigration as well as threats from Russia on our NATO’s eastern and southern borders.” They are all unachievable, Russians believe.

Article 5 of the NATO Treaty and Trans-Atlantic solidarity are not free things from now on, Alexander Grushko, Russian Ambassador to NATO, concluded on Russian TV. After what Trump said at the Brussels’ NATO summit, Article 5 received a price tag, and the price is $119 billion a year.

“We should be afraid of nothing. Nobody will dare to start a big war, but one has a chance to see how Americans can do trade. Whatever the problems are, money is on the first place. To make money, to make money. We have to do the same and put money on the first place,” Zhirinovsky said.

“You say that NATO spends more money than Russia as far as military expenses are concerned, but you do not know how to spend the money! A man builds a one hundred-story golden house [obvious hint at the Trump tower] but I refuse to live in it because I have my own wooden house, which is good for my health. Spend all you want! Spend, if you are insane. Everything is cheaper in Russia, we have everything [cheaper], and our army is also cheaper!”

The real danger Russia perceives is Trump’s increasingly threatening tone toward Iran, Russia’s neighbor and ally in Syria. He recently accused Iran of funding and training “terrorists, militants and other extremist groups that spread destruction and chaos across the region.”

Also, the fact that NATO—a defensive block according to its treaty—made a decision to join forces with the U.S.-led coalition against ISIS in Syria and Iraq did not escape Moscow’s attention. NATO Secretary General Jens Stoltenberg said, “This will send a strong political message of NATO’s commitment to the fight against terrorism and improve coordination within the coalition.”

Russians have made it clear they will support Iran at any cost.

Russia is not going to allow itself to be dragged into a new arms race. “Let’s defend the weak,” Zhirinovsky said, “but only from a distance. The Philippines wants Russian weapons. We should give weapons to them, but not for free. [If they have no money] they have oil. They have a lot of free labor resources that we can use.”

The possible strike against Iran will benefit the U.S., Turkey and Sunni Saudi Arabia—and that is a real threat for Russia.

If Iran falls, the wave of instability will immediately move into South Caucasus, where ex-Soviet republics of Azerbaijan, Armenia and Georgia are located. When these countries fall, chaos will move into Russia itself—into its Northern Caucasus region known to the world as Chechnya.

Iran is the only country that will not give additional refugees to the countries of Western Europe. Sunnis are all around them and will never let Shiite Iranians through. They will have only one route: north.

Refugees, mercenaries and jihadists, backed by American weapons bought with Saudi money, will flow into ex-Soviet republics of Turkmenistan, Uzbekistan, Kazakhstan and others—and the Russian underbelly will light on fire.

With one stone, the U.S. and NATO countries will hit two or three birds, Russian think tanks say. They have the potential to destroy Iran and weaken Russia.

The strike against Iran will immediately change the situation in Syria, Yemen and Libya. All Shiite axes will be changed, delivering a severe blow to the interests of both Russia and China.

Will a future war against Iran be a war against Russia, preplanned at NATO headquarters or at the Pentagon?

In case Trump’s secret plan against Russia fails and a conflict in Iran doesn’t spill over into the region, Trump will invite Russia to send troops into Northern Iran. And, again, a new war starts. Russian, Iranian and Armenian troops together will advance on Al-Riyadh. The war will go on indefinitely, back and forth.

America will give Russia two wars: one in the Caucasus, where Russia will defend Azerbaijan and Georgia, and one in Central Asia, where they will fight in Turkmenistan and Uzbekistan.

But American and NATO plans can misfire. The countries in the region that used to be part of the USSR will be doomed unless they, again, forsake their independence and beg Russia to incorporate them as part of Russia again—forever and ever.

Only then Russia will send its troops to protect old-new Russian territories. 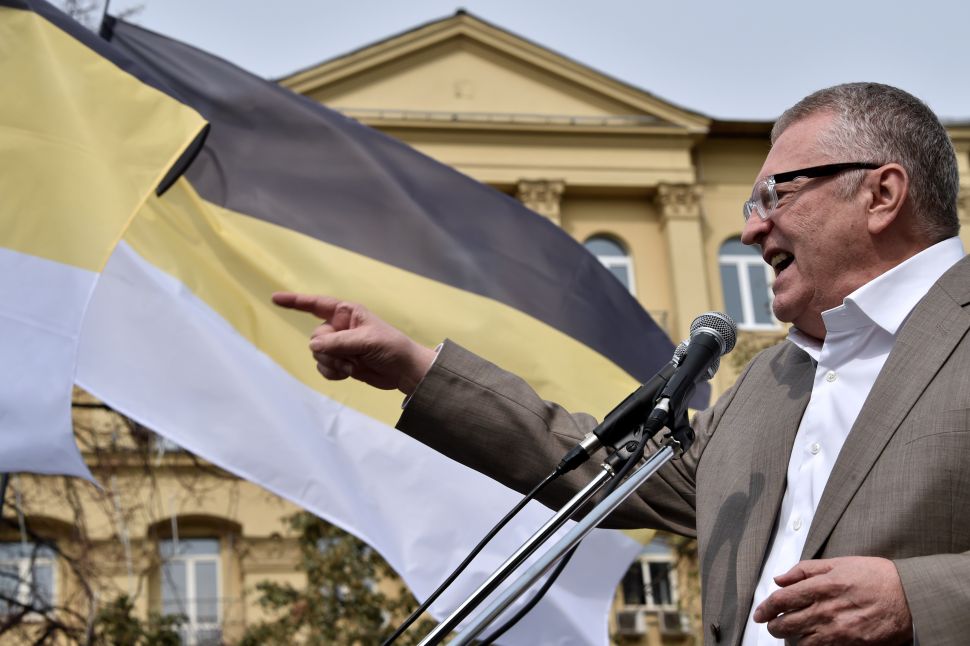