In 2015, I started the Kremlin Watch Program at a think-tank in Prague. My team analyzes Russian influence and disinformation operations, and we have helped the Czech government tailor a national strategy. We publish papers, propose strategies, and have been invited to consult in 16 countries—mostly European—so far. These are four lessons I have learned from my experience.

#1. Putin’s regime wants to call itself a superpower and to be respected as such. Apart from having nuclear weapons and large territory, Russia has nothing that makes it anything more than a regional dictatorship with living standards of a developing country. Freedom of speech in Russia is worse than in Zimbabwe, political opponents are shot or poisoned, journalists are assassinated, history is systematically falsified, and most major media outlets are controlled by the regime. Putin suppresses domestic opposition—from both political groups and independent media—because he has failed to deliver solid living standards for ordinary Russians over the course of the 17 years he has ruled. Russia has a lower GDP than Italy, and its average wages are lower than Romania’s.

On the international stage, there isn’t much to respect Russia for—apart from its status of a doping superpower; its occupation of Ukraine, Georgia and Moldova; and its covering up for bloody dictators like Syrian President Bashar al-Assad. Western leftists need to wake up from their naïve dream of Russia being a champion of socialist ideals, and Western rightists should recognize that Russia is not a champion of conservative values; it suppresses individual freedoms and has the highest abortion rate in the world. Putin’s regime kills and bullies to get respected. Democracies need to denounce this paradigm. It worked at the end of 1980s, and it will work again if we stop buying into the Soviet dictatorship’s fear game.

#2. Moscow is still dangerous. Knowing it is militarily inferior to NATO, Russia uses cowards’ weapons: disinformation operations and political subversion. There are countries that had no problem selling parts of their sovereignty to Moscow. For example, the Kremlin practically owns a majority of the Serbian national energy supply. Or it openly pays Marine Le Pen for her presidency bid. The fact that she received major campaign donations from a bloody foreign dictator who occupies territories of European countries didn’t discredit her in the eyes of the French public.

Then, there are politicians who turned a blind eye to the Kremlin’s activities—and now they are surprised. Democrats in the United States have long ignored Kremlin influence operations, until it hit them hard in the fall of 2016—a fate similar to the French left’s. Conservatives in the U.K. have held hawkish positions on Russia’s aggressive steps in Eastern Europe, but they basically tolerated harboring Russian dirty money in London.

#3. Disinformation operations are a real and urgent threat to democracies worldwide. Once the political leadership recognizes this, the security apparatus gets the green light to develop detailed policy measures to protect the country. That’s what’s happening now in Germany, Czech Republic, Sweden and Finland, but the Baltic states have known this for decades. Moreover, once the government starts addressing this threat publicly, the media will make it a national issue. TV shows will elaborate on what disinformation look like, and major outlets will assign top investigators to research Kremlin proxy financing of local extremists or disinformation outlets. This auto-immune response needs to be launched by the government. Otherwise, only several isolated think tanks and patriotic journalists will dig into the subject, as is currently the case Slovakia, Hungary and France.

#4. We need to be resolute in defending our own countries. The word “sovereignty” has been hijacked by the far-right to kick against the EU. We need to take it back. What else is an assault on your sovereignty then Russia orchestrating an assassination attempt on a prime minister, as it did in Montenegro? How many thousands of Ukrainians need to die while defending their own territory from Kremlin-commanded terrorists, before the U. S. provides them with Javelins to make Ukraine a Russian-tank-free zone? How long will it take European intelligence agencies to declare hostile disinformation outlets a national security threat and until their financing and personnel will be investigated and made public, a proven Estonian counterintelligence practice? How long will it take Western governments to start taking Kremlin clandestine money in the West as leverage to make Putin’s regime get out of Ukraine and stop hostile meddling into domestic affairs of our democracies? How long will it take the top EU security and foreign policy official, Federica Mogherini, before she starts taking Russian disinformation campaigns seriously? What else must Russia do before Germans understand that voluntarily increasing dependence on Kremlin energies by Nord Stream 2 is not a rational thing, no matter how many former chancellors can Putin buy to work on his behalf? What else is sovereignty than citizens having the right to decide their leaders in fair elections free of hostile foreign interference, including hacks of candidates that Moscow doesn’t like? 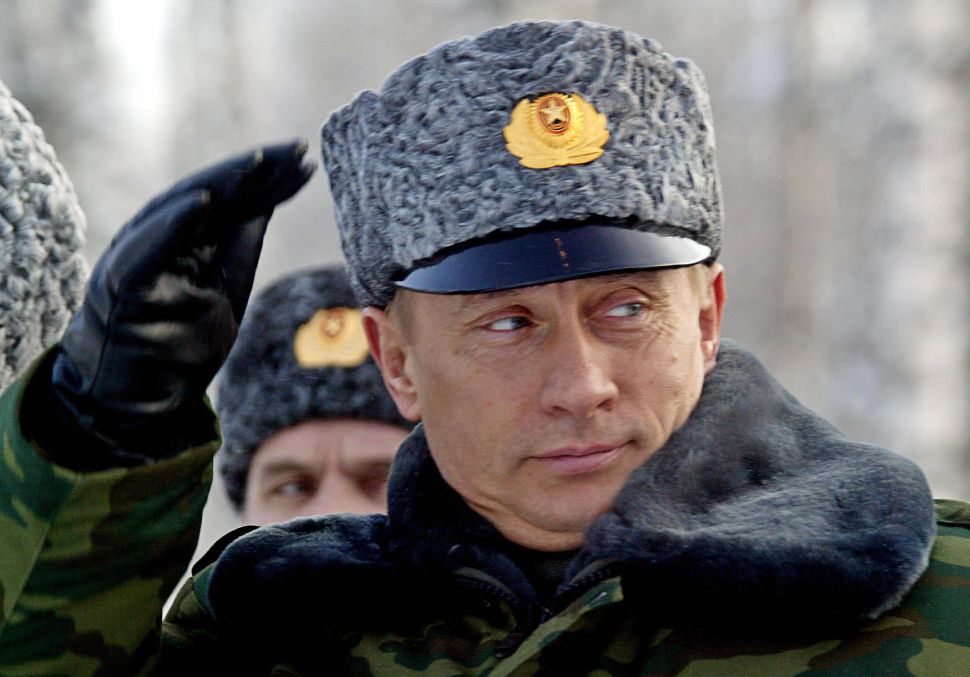