Atrocities inflicted in Ukraine and Syria are not a crisis—they are the new normal of how Moscow tries to exert its influence abroad. While some argue a version of the Cold War is coming, we need to get serious about how the West will face Russia. Before suggesting our moves, let’s first grasp Vladimir Putin’s cherished interests.

As I have already argued, Putin’s ultimate goal is to stay in power as long as possible and to become a historical figure. To accomplish this selfish objective, he needs to make sure that the Russian population doesn’t stand up to his regime, which has failed to deliver living standards above those of a developing country. How does he do that?

Putin’s first tool is to control the population with strict control of major media outlets, which he turned into loyal communication channels, and to harass and oppress the political and civic democratic opposition. Freedom of speech in Russia is worse than in Zimbabwe and South Sudan. Approximately 85 percent of Russians get most of their news from television, and all major channels in Russia are closely controlled by the regime. Putin created an effective information greenhouse; Russians are practically brainwashed about their sad state of affairs. Smaller independent media projects can still reach out to a fraction of the Russian population, but their impact is minor.

Putin’s second means to his end is ensuring that neighboring countries don’t join the West. By doing so, they would transform their nations into modern states with much better living standards. This would be a threat to Putin’s regime because Russians might start demanding comparable conditions. This is one of the key reasons why Russia still occupies Moldavian territory, why it attacked Georgia, and why it assaulted Ukraine. By keeping Russian troops on their soil, Moscow hopes to deny them a real chance of becoming effective modern states, which would be a severe contrast to the kleptocratic dictatorship in Russia.

The third vehicle and Putin’s overarching goal is to return Russia to its superpower status. Russia utilizes a practically neo-Soviet ideology; it aggressively demands the civilized world respect it. And in the Kremlin’s playbook, respect means fear. Despite having a military budget that is seven times smaller than the United States’, Moscow bullies its smaller neighbors. Outside of having a powerful nuclear arsenal, Russia is a regional power, but it still dreams of a world in which Western militaries take it seriously. That is why it keeps acting like a frustrated kid threatening smaller European nations with nuclear annihilation.

Knowing Putin’s key interest and the three major vehicles he uses to achieve it, we need to look at what the West can learn from Obama’s failures. Whether you call it good faith or naivety, President Obama politically left Eastern Europe to Russia in hopes that the Kremlin would see it as a gesture of openness. Instead, Putin saw it as a sign of weakness and started his neo-imperialist efforts, which resulted, for example, in more than 10,000 Ukrainians dying while defending their territory. A clear lesson learned from the Obama era is that appeasing aggressive dictators simply doesn’t work—something any history book will tell you.

The Obama administration is also to blame for the growing intensity of Kremlin-orchestrated disinformation and hacking attacks; Moscow was not afraid to directly attack American sovereignty, an example apparent in the now infamous DNC hacks. Very little response came from the Americans in recent years, until late 2016. Both President Barack Obama and President George W. Bush showed good will towards Russia at the beginning of their tenures. Both times, Vladimir Putin perceived it as weakness and devised aggressive policies against the West.

Western civilization now has an even clearer situation in front of it. Russia doesn’t look like a potential friendly partner, as it might have in the early 2000s. It is not offering to cooperate on nuclear arms reduction treaties, which Obama wanted as for his legacy. Currently, the Russian Federation is an evil pseudo-empire. It occupies territories in three neighboring countries, in Syria it sponsors one of the bloodiest tyrants in decades, and Moscow has turned itself into a factory disseminating disinformation on daily basis. Outside of ISIS and North Korea, you won’t find an entity that causes more unrest to international security and basic principles of human civilization.

Pragmatically speaking, there isn’t much that can Russia offer. It does little to fight ISIS. In economic terms, outside of buying influence through direct and indirect corruption, there isn’t anything strategic that the West can get as part of a potential deal. Putin holds only negative leverage. He causes enormous harm in several parts of the world, so the only real thing he can offer is to stop it.

Put the West Together

Currently, the West faces many internal difficulties. President Trump wants to deal with the world from the position of strength and says American interests are his primary concern. He doesn’t want to look weak, as Obama often did, and he wants American allies to share the burden of responsibility and expenses. It is obvious what the European allies should do. They need to persuade Washington that their actions benefit America economically, that the alliance helps the U.S. prevent terrorism, and that the European allies will immediately take care of their fair share of spending on security. Already, we can see examples of Europe coming up short: German top Social Democrat Martin Schulz says that if he wins the German elections, Germany will not fulfill the NATO commitments on defense spending. Europe’s short-sighted politicians invite more Russian aggression. In the end, it might not work out, whether that be because of European politicians or the White House. But if we don’t try, we will lose anyway.

Jakub Janda (@_JakubJanda) is the head of the Kremlin Watch Program and Deputy Director at the European Values Think Tank based in Prague. He specializes in how democratic governments can push back against Kremlin influence and disinformation. 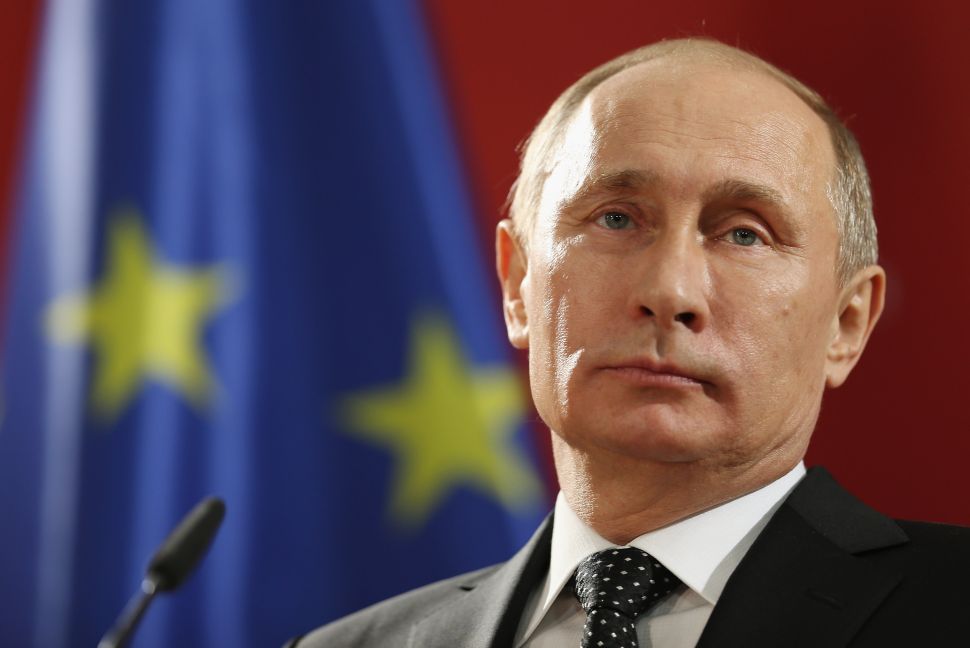