Samsung’s Galaxy S8 and S8+ have been huge hits. However, based on reports, it appears that the upcoming Note 8 will be the true killer Samsung smartphone. This isn’t good news for Apple, which many people thought would have the advantage just three months ago due to Samsung’s rotten luck in 2016.

In August 2016, Samsung released what many believed was the best mobile device to-date: the Galaxy Note 7. The smartphone not only had a slick polished glass build, but the screen was beautiful, the camera took excellent pictures and videos, and the device was more fluid than any other Android smartphone. It also had a battery that soon started exploding on some people. The Galaxy Note 7 soon became known as the Galaxy Nuke 7.

Samsung’s debacle gave ammunition to Apple, which released what some thought was an inferior iPhone 7 Plus. It looked like Apple took the smartphone crown back for good, but Samsung released the Galaxy S8 and S8+ in late April to high critical acclaim and sales. The Galaxy S8+, in particular, brings back the excitement in smartphones, especially with its 6.2-inch curved screen that has the vividness of a living, breathing entity. There are a couple minor flaws, but the upcoming Galaxy Note 8, which is expected to be released around the same time as the iPhone 8, is expected to fix them.

Another flaw—or at least a disappointment—is the fact that the S8 series only has a single-lens camera. While early prototypes of the S8+ had a dual-lens camera, Samsung left it off the final version in order to leave space for the fingerprint reader. Most sources say a dual-lens camera, which allows one to take 2x zoom optical shots, will make an appearance on the Galaxy Note 8.

The main thing that sets Samsung’s Galaxy Note series apart from other smartphones is that it has a stylus, which has become more like a pen through each upgrade. Using S Note with Samsung’s S Pen on the Note 7 was close to writing on paper—it reproduced the smoothness, pressure points, and even the ink of a pen. So far, there haven’t been any indications that the S Pen capabilities will be upgraded, but this certainly won’t be a problem.

The only thing that could stop the Note 8 from taking the smartphone crown will be the iPhone 8. According to MacRumors and other sites, the higher-end version of Apple’s next iPhone could have a 5.8-inch AMOLED edge-to-edge display (shorter than the 6.2-inch display on S8+), a glass body, and a fingerprint scanner under the screen. The iPhone already runs faster than any Android smartphone, but the new high-end version, in particular, is said to run Apple’s faster A11 chip. The highest-end version of the iPhone 8 could have some augmented reality features as well.

It appears that, once again, Apple is playing catch-up with Samsung. But since this is the 10th anniversary of the first iPhone, Apple will go out of their way to exceed expectations. But can Apple meet the likely heavy demand?

According to many sources, including 9To5Mac, Apple has experienced many delays and production difficulties with its new smartphone. In fact, the highest-end version with the OLED display may not come out until November or December. It is also possible that the shortage of supplies may make the iPhone 8 Plus (or whatever it will be called) very difficult to find for several months. Many impatient smartphone buyers may opt for the Galaxy Note 8 instead.

Whatever Apple’s problems are, they certainly aren’t as bad as Samsung’s were at the very beginning of the year. But Samsung made a huge comeback, and the Note 8 could help the Korean company do something nobody thought would happen again—become the number one smartphone manufacturer in the world. Whatever happens, both Samsung and Apple have already made 2017 the most exciting year for smartphones in at least a decade. 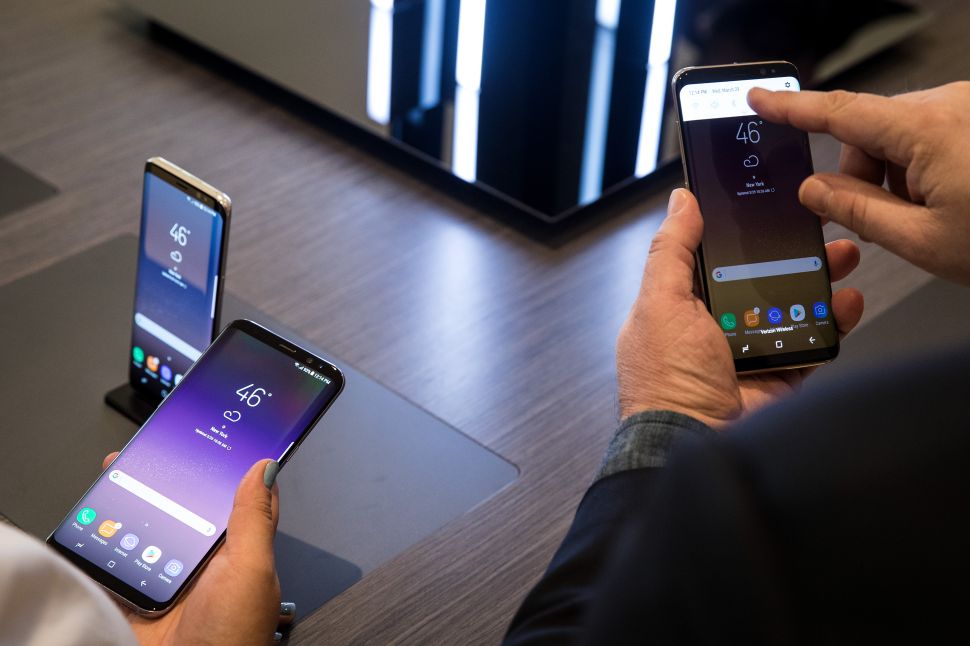