Yes, it’s unexpected, but today, the voice of the resistance belongs to the star of Food Network’s Semi-Homemade with Sandra Lee who told Paul Ryan what we all wish we could tell Paul Ryan: “I need you to go away.”

Allow me to set the scene: according to a source at Page Six, Sandra Lee, the longtime girlfriend of Democratic New York Governor Andrew Cuomo, was preparing for a cooking segment on Fox & Friends when she was dismayed to learn that the preceding segment would feature human bicep curl, Paul Ryan. And with apparently with no one’s health care to take away for the next hour or so,  Ryan decided to stick around for Lee’s segment to sample some of her food.

Although Lee traditionally doesn’t get involved in political issues, one need only imagine her dismay as a breast cancer survivor and human woman when a copy of Ayn Rand’s The Fountainhead with a widow’s peak sidled up to her and tried to get a bite of chocolate-covered bacon. And so, in the commercial break before her demo, Lee told the House speaker, “‘I need you to go away so I can collect my thoughts, prepare, and get ready for the segment.’”

As the source told Page Six: “Sandra wasn’t even comfortable with having Paul Ryan on the same stage as her during the commercial break, never mind on air. It was very frosty. She simply does not believe in anything Ryan believes in.” 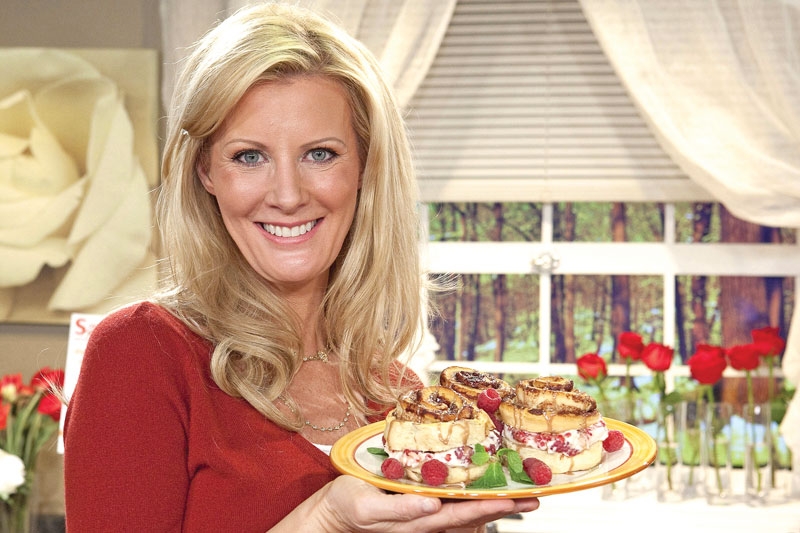