Lovers of ancient wonders and viewers of History Channel’s Ancient Aliens, I have bad news for you. One of the Earth’s great mysterious man-made monuments may not be the handiwork of visitors from a galaxy far, far away after all, much to the chagrin of conspiracy theorists. Stories about ancient hot air balloons and snapshots of alien visits recorded in stone may be convenient for the sake of explaining Nazca’s incredible images of geometric plants and animals, a well-preserved, large-scale series of geoglyphs carved into the Peruvian desert which can only be seen in their entirety from above. But now, new satellite imagery may shed light on the UNESCO World Heritage site’s true purpose: irrigation.

In a recent episode of Motherboard’s podcast “Science Solved It,” senior researcher Rosa Lasaponara of the National Research Council in Rome tells Vice that satellite images of the site link the unusual designs—which are believed to have been created between 500 B.C. and 500 A.D.—to a series of spiral-shaped holes nearby called puquios. The holes, she says, were used for irrigation, and fed into an intricate underground aqueduct system that allowed the Nazca “to transform the desert into a garden.”

Further evaluation of the satellite imagery, which can detect not only existing formations on the surface but the remnants of former structures as well, suggest that the Nazca built a sophisticated system of settlements and canals in the region, and that the landscape would have appeared far more cultivated and lush than the arid desert it is today.

On the million dollar question—why did the Nazca create their giant designs, and for whom?—Lasaponara believes that the imagery may have been a way to show thanks to the gods for bringing to the valley.

Also appearing on Motherboard’s podcast is Atlas Obscura co-founder Dylan Thuras, who provides background on three of the more outlandish, but still widely popular, theories about the lines. The theories mentioned propose that the imagery may have been a marking system for astrological phenomenon, meditative ceremonial walking paths or an artistic collaboration between the Nazca and visiting aliens.

“If you only look at it in one framework, that it’s a giant carving to be seen from above, you get completely hung up on trying to figure out how it was possible,” Thuras told Vice. “But if you understand its relation to sources, it doesn’t seem so impossible.”

Alas, Lasaponara and her colleagues’ findings suggest an even more exciting possibility than aliens, if such a thing is possible: that the Nazca were a far more sophisticated civilization than previously believed.

Listen to the full podcast on Motherboard or Soundcloud. 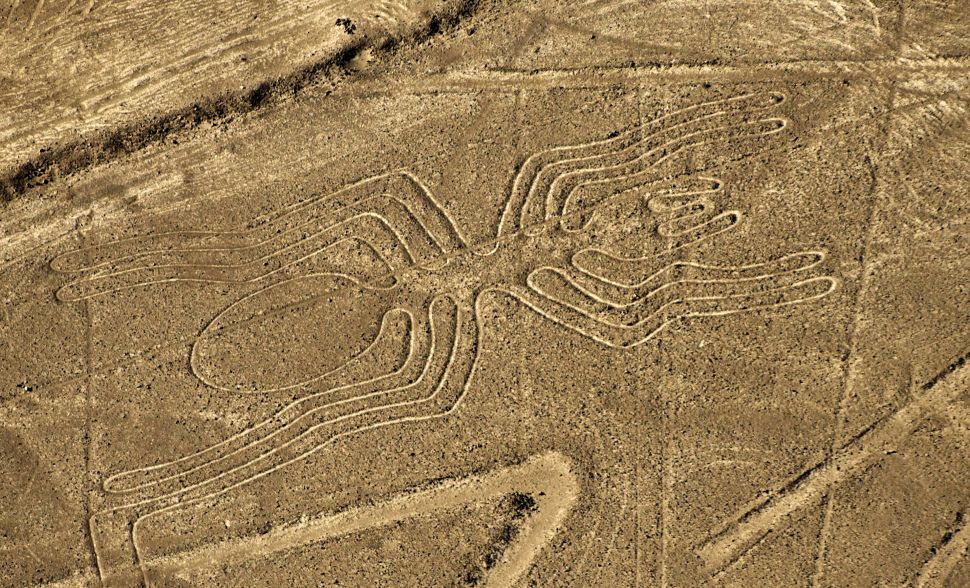