The National Snow and Ice Center reported that Arctic sea ice in March 2017 was the lowest it has ever been for the month of March since satellites began recording sea ice extent 38 years ago. NASA noted that between 1976 and 1996 average sea ice loss in the Arctic was 8,300 square miles per year. Between 1996 and 2013, this number more than doubled to 19,500 square miles per year. This rapid loss of ice in the Arctic contributes not just to rising sea levels, but it reduces the properties of sea ice that reflect the sun’s radiation back into space rather than absorb it like the ocean does, contributing even further to global warming. A recent report that boasts contributions from more than 90 scientists detailed the drastic impacts climate change is having on the Arctic, a region of earth that is warming more than twice as fast as the rest of the planet.

“The Arctic Ocean could be largely free of sea ice in summer as early as the late 2030s, only two decades from now,” the Snow, , Ice, Permafrost report found, which is the latest assessment conducted by the Arctic Monitoring and Assessment Program. “The recent recognition of additional melt processes affecting Arctic and Antarctic glaciers, ice caps and ice sheets suggests that low-end projections of global sea-level rise made by the Intergovernmental Panel on Climate Change (IPCC) are underestimated.” The report cited that—best case scenario—sea levels will rise minimum almost two feet if reduction goals outlined in the Paris Climate Change Agreement are met.

“The take-home message is that the Arctic is unravelling,” Rafe Pomerance, former deputy assistant secretary of state for environment and development under Bill Clinton and the chairman of Arctic 21, told Nature in an interview. “The fate of the Arctic has to be moved out of the world of scientific observation and into the world of government policy.” In an interview in October 2016 with Pacific Environment, Pomerance stated, “There is a big difference from saying ‘change’ and the word ‘unraveling.’ The unraveling involves five elements: The loss of ice in Greenland, the loss of sea ice, the shrinkage of the Northern Hemisphere snow cover, the thawing of the permafrost, and the loss of the other glaciers in the Arctic that aren’t in Greenland. If you look across the Arctic, you see the unraveling—no matter which system you look at.”

The report cited that the Arctic region has been warming twice as fast as the rest of the world for the past 50 years, and the past few years have broken several temperature records since instrumental records first began in 1900. Snow cover in the Arctic regions has significantly decreased as well. The report states, “In recent years, June snow area in the North American and Eurasian Arctic has typically been about 50 percent below values observed before 2000.”

In addition to warning of the threat of climate change, the report cautions that ecosystems in the Arctic will continue to be stressed, threatening several species endemic to the region, such as polar bears, seals, walruses and ice associated algae. Global weather patterns are expected to become increasingly impacted by changes in the Arctic because the region plays a significant role in atmospheric and oceanic circulation and global greenhouse gas concentrations.

The report cites that the point of no return for the Arctic has passed, but efforts to reduce greenhouse gas emissions can mitigate some of the predicted impacts of climate change on the Arctic and the rest of the world. “The near-future Arctic will be a substantially different environment from that of today, and by the end of this century Arctic warming may exceed thresholds for the stability of sea ice, the Greenland ice sheet, and possibly boreal forests.” 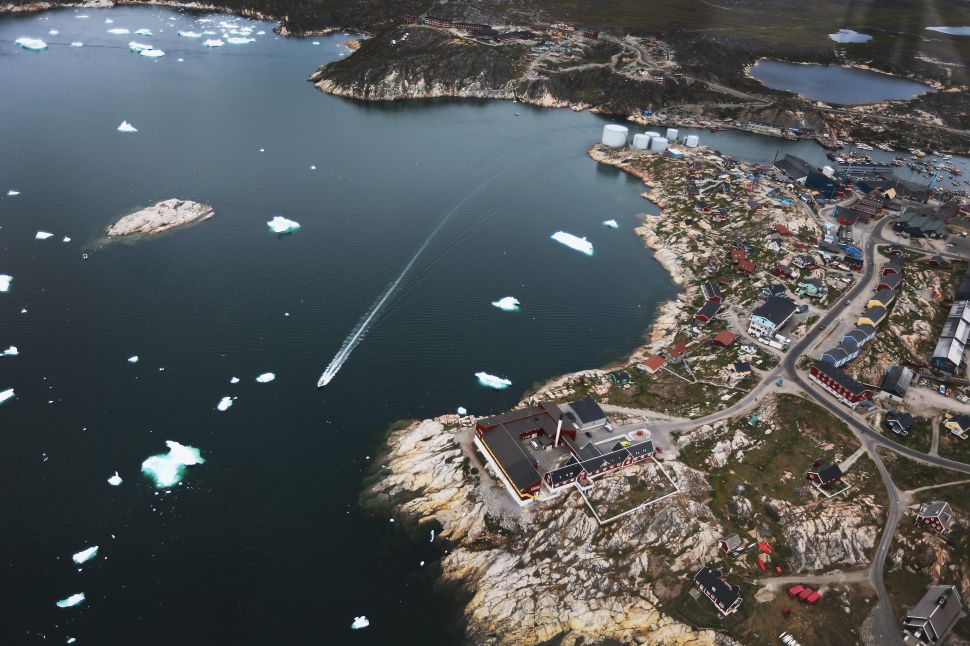